"A story is told about a reporter who was interviewing a successful bank president. He wanted to know the secret of the man's success. 'Two words,' the president replies; 'right decisions.'" 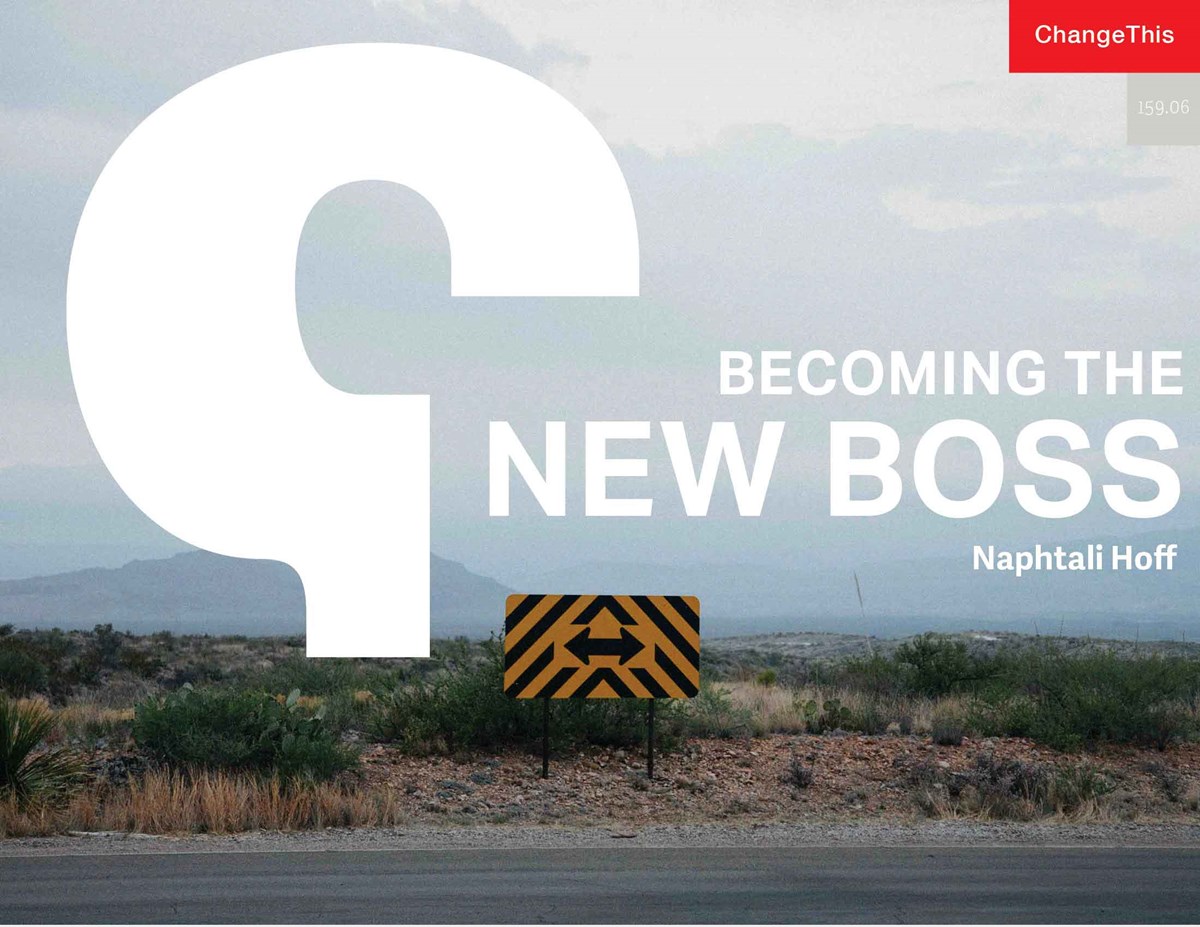 A story is told about a reporter

who was interviewing a successful bank president. He wanted to know the secret of the man’s success. “Two words,” he was told; “right decisions.”

“And how do you make right decisions?” asked the reporter.

The reply: “One word: Experience.”

The reporter pressed on. “And how do you get experience?” he asked.

To which the banker replied, “Two words: Wrong decisions.”

New leaders often feel trapped in this catch-22. On the one hand, they need to demonstrate ability and decisiveness right away. They were hired to lead others and make things happen. There simply isn’t time for them to learn their way through.

Yet, it’s the bad decisions that often plague new execs that have them exiting through the leadership turnstile at an alarming rate. Churn at the top is happening more than ever, with devastating effects.

What can be done to help new leaders hit the ground running and enjoy sustained success? That was the question that I asked after my own challenging leadership experience. The following is some of what I learned.

During FDR’s first 100 days, the president pushed an incredible fifteen major bills through Congress, such as the Glass-Steagall Act and Federal Deposit Insurance Corp. For the past eight decades since FDR’s whirlwind initiation, the first 100 days of a president’s tenure in office has been used as a benchmark to measure productivity and effectiveness.

A similar dynamic exists with new business and organizational leaders, though for them the period is usually a bit shorter, at ninety days. Ninety days is equivalent to a business quarter, which is a meaningful timeframe in the professional world. Companies often track how they’re doing based on how much progress they make each quarter, and that includes a leader’s performance. Leaders’ early actions, especially for those with more demanding leadership responsibilities, can often determine whether they will ultimately succeed or fail.

These four strategies can be particularly helpful during this critical time:

• Achieve organizational alignment. Ensure that the organization’s existing structure can support the chosen strategy and that it has the systems and skills to realize your strategic vision.

• Build your team. Once your vision is intact, evaluate, choose and/or restructure your leadership team and organization to ensure that you are well-positioned going forward.

• Expedite everyone. Help everyone around you quickly make the necessary transitions to optimize their performances and support you in your journey.

• Create coalitions. Build working alliances with key people outside your line of reporting who can help you achieve your goals.

We all recognize the importance of first impressions. It is during the first few moments of interaction that we begin to size up others in our attempt to determine who that person is, the qualities that they possess, and how they operate. While this is the case for all people that we meet, it is particularly true for new leaders. Employees are often extremely anxious to become acquainted with the new boss and determine how they will get along. Even bosses who have been promoted from within are being watched carefully for signs of leadership style and intentions.

Leaders’ early actions, especially for those with more demanding leadership responsibilities, can often determine whether they will ultimately succeed or fail.

While you can’t stop people from making snap decisions about you, you can make those decisions work in your favor. One thing to keep in mind is that first impressions are more heavily influenced by nonverbal cues than by verbal ones. Research also teaches us that such impressions are made in just a handful of seconds, so the first interaction is really important.

Here are some ideas to help make a positive first impression:

• Breathe deep and relax. Some people are naturals when it comes to meeting new people. Others are not. In fact, new situations can often invoke strong feelings of anxiety, particularly for those who are not used to being at the center of attention. If that’s you, consider using breathing and relaxing techniques to help you release tension and put yourself at ease.

• Envision the situation in advance. One of the most commonly taught practices for public speakers and performers is to envision the crowd in advance. This helps foster a sense of familiarity, which allows you just to be yourself when it matters most.

• Project a great attitude. Attitude comes across right away. Before you get in front of people, make a conscious choice about the kind of attitude you want to project. Think of it as a great opportunity to quickly make a bunch of new fans.

• Offer a firm handshake. Shaking hands helps establish quick rapport. Doing so firmly lets people know that you are confident, self-assured, and excited to meet them.

• Smile warmly. A smile says, “I’m friendly, caring and approachable.” It also says “I like you and am glad to see you.”

• Ask for (and learn) their names. Dale Carnegie famously wrote in How to Win Friends and Influence People that “names are the sweetest and most important sound in any language.” People love when you use their name, and you can score serious points by learning their names quickly.

• Be a good conversationalist. Be talkative and get to know people. Ask about their background and position and let them know that you look forward to working with them. And don’t forget to listen actively, with a posture that says, “I care about what you are telling me.”

New management in particular sets off a lot of different anxieties. Employees wonder how their relationship will be with the new boss and how he will approve of their work. They fret over whether they will remain as valued members of the team and begin to worry about a possible new role. This is particularly true of our fluid, twenty-first century work environment that continues to evolve and tends not to offer the predictable, lifer positions that many baby boomers and their parents enjoyed. A new boss needs to be aware of such anxieties and take proactive steps to quell them.

This is particularly true when a newly promoted leader is asked to manage and lead employees who were once his peers. The sudden change in the relationship often causes confusion and discomfort for both employees and the new leader. Employees may also feel resentment towards the new leader for being promoted instead of them.

Of course, this is not to say that every holdover will have a place in your new landscape. You may have been brought in to make changes and to evaluate the old guard. Regardless, new leaders can take steps that will ease tensions and offer their new coworkers more peace of mind.

• Make a great first impression. As noted above, when you meet your team, let them know that you’re excited to work with them and support their efforts.

• Be a great listener. Learn to listen well. When people can speak freely with you and believe that you are genuinely interested in what they have to say, they will come to trust you more and worry less.

• Communicate effectively. Use personal, direct conversation and in-person meetings wherever possible to share your thoughts and ideas. By adding the nonverbal components of communication, we more effectively convey intent, trustworthiness, and reliability. Leaders who are great storytellers are also better able to gain staff support and compliance.

• Build strong relationships. Listening and communication are two building blocks in helping you to build relationships. Once you have succeeded in developing positive professional relationships, it is more likely that people within the organization will candidly update you on internal developments, warn you about potential challenges or landmines, and even tolerate your mistakes more willingly. This can be very valuable, particularly at the beginning of your tenure.

In taking these steps, leaders demonstrate a genuine interest in and respect for their people and their new environment. While this may not fully assuage the fears of those who worry about their new boss and her agenda, it should help put the majority of folks at ease as they settle into their new reality.