How To Fight Racism Through Mindfulness

"The processes by which race is made and white supremacy is perpetuated are in our communities, our workplaces, our political organizations, everywhere human beings gather. … And even more important, seeing this might assist us in developing a deeper set of commitments to working for change." 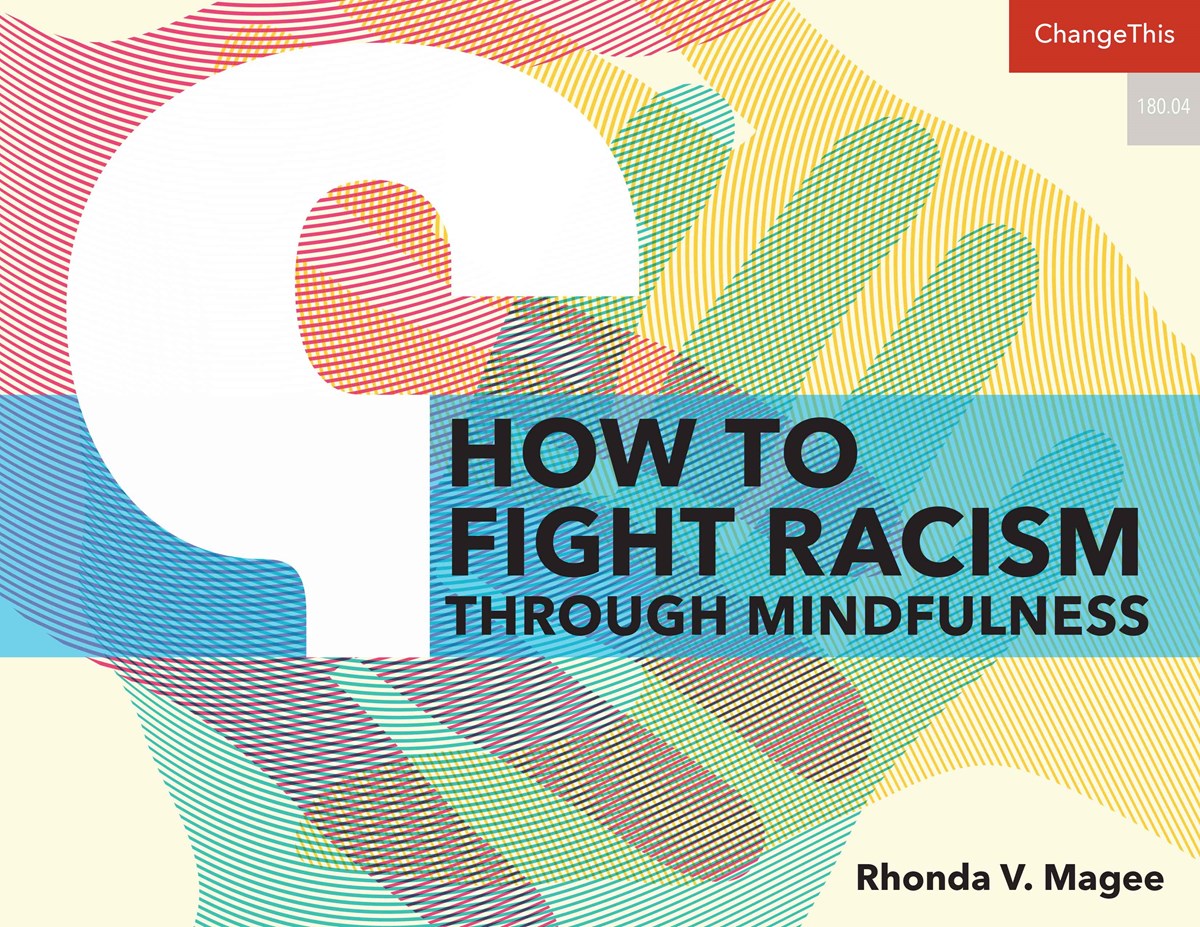 Science is confirming what contemplatives have been telling us for thousands of years: we are all radically interconnected, and our brains are literally shaped by the communities in which we live, grow, and learn.

Cognition, the functioning of the brain, does not take place in the space between our two ears. Rather, it develops in the contexts and environments in  which we live and breathe. And emotion has much more to do with thought than we realize.

For these reasons, we need to be mindful about all aspects of our experiences and those of the human beings with whom we spend our days. This includes becoming more aware of patterns of racial isolation. We need to be able to talk about race and acknowledge the differences in our experiences that we often are afraid to admit or name, especially in mixed company. We also need to become more aware of the ways in which deeply ingrained notions of race—the set of subtle rules and orientations based on skin color, hair texture, facial features, and the like—shape our sense of our own importance and that of others. We need to be able to see more clearly how these notions have shaped our experiences, and how they shape our lives still. Indeed, if we are willing to look for it, we might see evidence of these ongoing effects and of investment in racial categorization every day.

Silence about conversations like these is an essential part of the culture of contemporary racism in the United States and around the globe. Another problem is that when we do talk about race, we often use coded language—“inner city,” “urban,” “low-income,” and the like—to signal a racial Other. We also use a variety of culturally reinforced moves to advance, in color-blind ways, our commitment to confusion about the relevance of race in our own lives and the prevalence of racism in our communities and organizations. What may be seen as the preservation of racism through its transformation—the maintenance of racial hierarchy despite a raft of antidiscrimination laws and a generation of Americans taught to consider themselves color-blind—is thus aided by what sociologist Eduardo Bonilla-Silva refers to as the four frames of contemporary “color-blind racism”:

Race is constructed, negotiated, discussed, and remade daily. It requires mindfulness to reflect on these moments. It requires bravery and openness to acknowledge them with others.

But if we do, we can learn and teach one another about the largely invisible, generally under-acknowledged dynamics that hold the structures of racism in place. We can identify and dissolve the underlying emotional triggers that shape our thoughts and actions when race comes into the picture. And we can support one another in bringing these issues to the fore through discussions about any social justice issue, highlighting how racism interacts with other forms of oppression and by disrupting these structures. Individually and collectively, we can live each day in ways that create both change and the will to continue taking action for change over all our days.

Cognition, the functioning of the brain, does not take place in the space between our two ears. Rather, it develops in the contexts and environments in which we live and breathe.

DECIDING TO WORK AGAINST RACISM AND FOR THRIVING HUMANITY THROUGH MINDFULNESS

The truth is that racism is so embedded in our culture that it is with us always. It is a consequence of the work of our ancestors, who built, sustained, and were often crushed by centuries of systems of race-making and place-making that have organized our social, economic, and political lives to privilege the few on the backs of the many. Thus, it should come as no surprise that race, the product of racism, continues to impact our thoughts, feelings, and reactions to one another.

Exactly how it shows up in our lives will no doubt be different for each of us and will vary from day to day, place to place. For some, it will show up more in the guise of acceptance and access than injury and rejection. Both our inherent interconnectedness and the ways we co‑create one another’s suffering are ever-present. If we examine these dynamics closely, we cannot help but begin to see that we are all part of the problem and may all play a part in the solution. Seeing this in a culture that continuously seeks to have us do otherwise demands our ongoing reflection.

The processes by which race is made and white supremacy is perpetuated are in our communities, our workplaces, our political organizations, everywhere human beings gather. They are present regardless of our own personal efforts to live with kindness, to be color-blind, or to minimize our biases. Seeing this can provide a measure of compassionate understanding between us as we seek to work across lines of real and perceived difference. And even more important, seeing this might assist us in developing a deeper set of commitments to working for change.

Despite years of practice, I sometimes struggle to find ways to trust in this possibility. When I move through the social world, especially in areas that I do not know well, where I am not known, I often notice a lingering feeling that I might be in danger—that I could, at any time, be discounted, rejected, disrespected, injured, or even killed for no reason other than my perceived “blackness.” If you really listen to people talk about their experiences of racism, you will hear just what I am saying here. You will hear stories of black and brown people who had guns pulled on them by police officers time and time again in their youth. You will hear how some people are followed, threatened, asked to leave when they enter a neighborhood or a Starbucks or a park where someone believes that they do not belong.

For white and light-skinned people, there is the hard work of rejecting, again and again, the psychological comfort associated with stories of white nobility and innocence and deciding to be a part of the ongoing struggle against racism. In the United States, the ideology of white supremacy—which enabled every system of oppression from the Native American conquest and genocide, to slavery, to the anti-Asian exclusion acts—continues to provide a sense of comfort to too many. White supremacy wants us to believe that segregation happens simply because of free choice, because people want to live in communities of their own. That over-incarceration of brown and black people happens simply because there are higher levels of criminality in some populations than others. That the U.S. Department of Homeland Security’s policy of separating children from parents at the southern U.S. border happened simply because our immigration system was “broken.”

Race reduces each of us into categories, keeping us at safe distances from one another’s suffering and from one another’s hearts, systemically channeling the surplus pain of our society to racially disadvantaged groups. These patterns have existed for a very long time and persist for many reasons, including everyday conditions that sometimes appear to confirm that what we see is simply the “natural” order of things.

The decision to work against racism means that we will regularly look beneath the stories that support the racial status quo. When we do, we are willing to really see the evidence of unjust distribution of resources—including cultural esteem and moral worth—that contributes to these supposedly “natural” outcomes in the world. We see ways that individual biases lead to—and are shaped by—systemic and institutional biases. We see the ways that race intersects with other aspects of our lives to create challenges that must be viewed with greater nuance than is typically encouraged (or allowed). And we are willing to feel the pain of the cognitive and moral dissonance that will come up again and again.

The decision to work against racism means that we will regularly look beneath the stories that support the racial status quo.

The difficulty we face is to see that race is an illusion that is nevertheless real in our lives in ways that cause deep and avoidable injury every single day, and that we can and must work to end that suffering, too. Practices of mindfulness and compassion prepare us to meet the patterns of oppression in our midst without becoming mired in them, without making that which we seek to redress more real than it really is. Mindfulness gives us the capacity both to confront injuries caused by conventional ways of thinking and to let them go.

Mindfulness helps us to see that our identities are not merely foisted upon us, but they are constructions that we also participate in creating. And so they are constructions that we can dissolve and reshape in service of the decisions we make to act in ways that make real our highest and best vision of ourselves. Mindfulness can support us in deploying our identities to engage in work for justice and equity with clarity and without making others our enemies. Along the way, we open ourselves up to the gift of our own empowered life energy and inner freedom! We become more open to the joy of living in connection with all others. In other words, as we let go of our fixed notions about race and other identities, we develop the capacity to let go of the ways we have succumbed to the teachings of the dominant culture that keep us feeling alone and unhappy. We learn that our tendencies to grasp what feels good, to push away what does not, and to otherwise choose ignorance are at the heart of our participation in race-based injury in the world. We learn that these habits and conditioned ways of being in the world are also at the heart of what keeps us disconnected from the rich life that we were meant to live and the joy in being human together on this beautiful planet that we were meant to feel. When we practice deconstructing race and racism, we practice deconstructing separation. We are practicing the healing power of interconnection and the transformative power of true freedom. 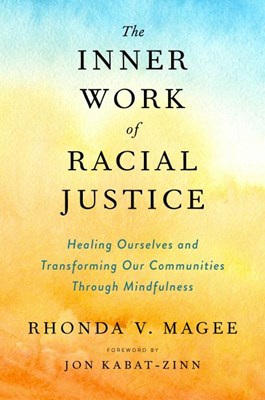 The Inner Work of Racial Justice: Healing Ourselves and Transforming Our Communities Through Mindfulness