Innovation, Economic Security, and The Future of Work

The remarkable history of American innovation was powered not by fear or fatalism, but by a profound sense of possibility. Those possibilities remain. 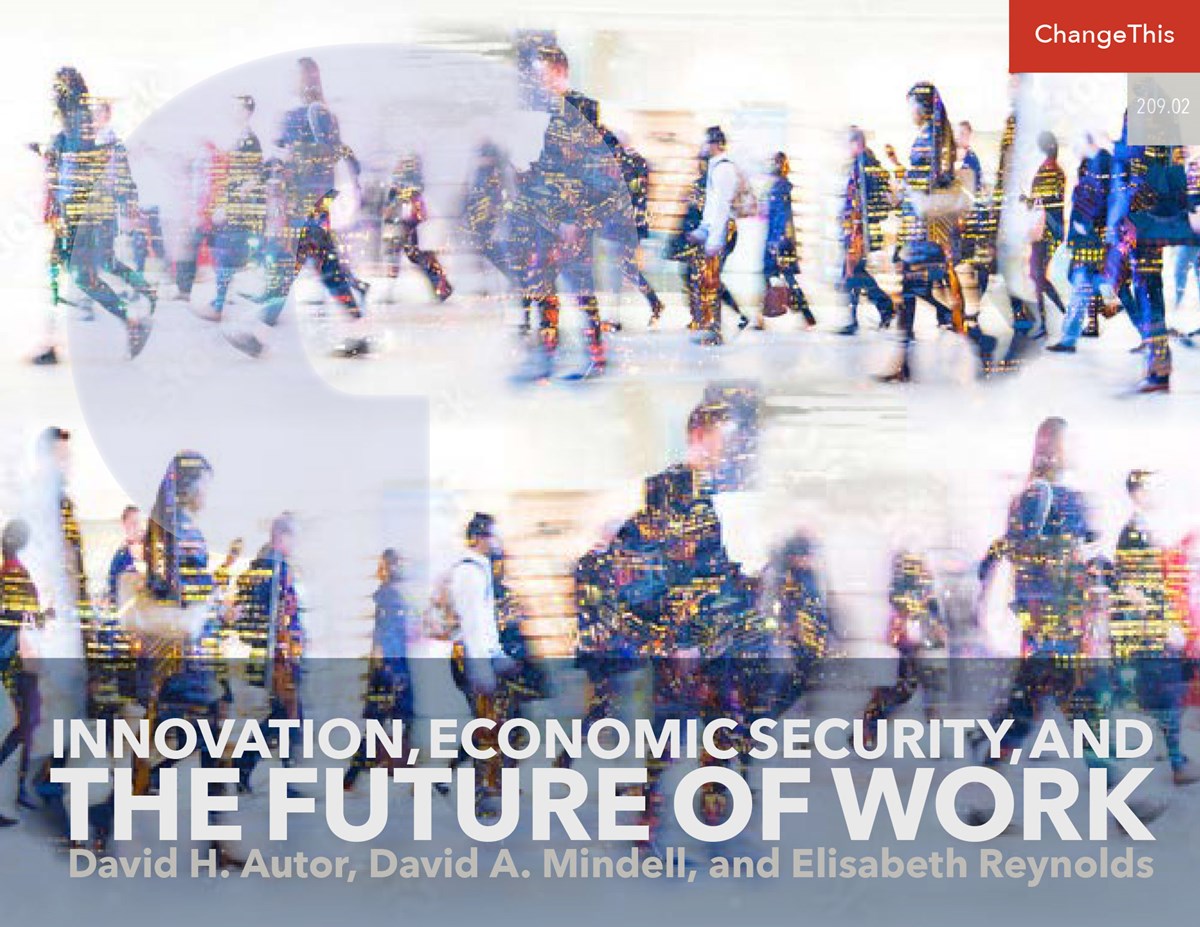 Technological advances are not driving us toward a jobless future.

Over the next two decades, industrialized countries will have more job openings than workers to fill them, and robotics and automation will play an increasingly crucial role in closing these gaps. We will ultimately require more technological advances to address humanity’s most pressing problems, including climate change, disease, poverty, and inadequate education.

Yet advancing robotics, automation, and as yet unforeseen technologies will not necessarily benefit all workers. These technologies, in concert with economic incentives, policy choices, and institutional forces, will alter the set of jobs available, the quality of the jobs, and the skills they demand. Continuous change challenges us to continually balance innovation, growth and equity.

Most of today’s jobs hadn’t even been invented in 1940. Inventing new ways of accomplishing existing work, new business models, and entirely new industries drives rising productivity and new jobs. Innovation brings new occupations to life, generates demands for new forms of expertise, and creates opportunities for rewarding work. What human work will look like a century from now is unknown, but most jobs of tomorrow will be distinct from those today, and will owe their existence to the innovations sprouting from scientific and technological progress.

The economic history of the twentieth century shows that a healthy labor market can serve as the foundation for shared prosperity. Well-designed institutions foster opportunity, buttress economic security, and spur democratic participation. The US must commit to rebuilding this foundation in the twenty-first century. It needs to strengthen and build these institutions, launch new investments, and forge policies that ensure that work remains a central, rewarded, esteemed, and economically viable avenue for most adults to prosper. The three of us co-chaired the MIT Task Force on the Work of the Future over the course of three years, and we found that three essential pillars support building this more equitable and sustainable economy:

INVEST AND INNOVATE IN SKILLS AND TRAINING

Technological innovation will require workers to have both strong foundational skills and specialized training. Yet the Task Force’s research finds that only about half of US workers receive some kind of training from their employers in a given year, and this skews toward higher-educated and nonminority workers. The current US system for training workforce entrants, the currently employed, and displaced workers is fragmented and uneven in quality. It does, however, provide flexibility, which allows workers to move in and out of the system at different points in their careers. Numerous exemplary public, private, and not-for-profit training initiatives exist throughout the country, though some are less successful and most have not been evaluated. Those training models that have been proven successful based on rigorous evaluation should be scaled up to serve many more workers. New technologies, including online instruction, AI-based guided learning systems, and virtual reality tools, offer innovative ways to make training more accessible, affordable, and engaging for students, workers, and job seekers at all stages of the life cycle.

To expand and improve pathways to better jobs:

Well-designed institutions foster opportunity, buttress economic security, and spur democratic participation. The US must commit to rebuilding this foundation in the twenty-first century.

As in other countries, a growing share of US employment for workers without four-year college degrees is found in traditionally low-paid service jobs: food service, cleaning and groundskeeping, security, entertainment and recreation, and home health assistance. US workers in these occupations fare worse than in other high-income countries, receiving extremely low pay, irregular schedules, and little or no employment security. They rarely have access to employer-provided health insurance, paid family or medical leave, or vacation time. Adjusting for purchasing power, low-paid Americans are paid 26 percent less than low-paid Canadians.

This needn’t be the case.

The following steps will help to ensure that low-paid jobs provide a modicum of economic security and access to social benefits:

Innovation is key to creating jobs and wealth, and to meeting rising competitive challenges from abroad. The US needs to commit to an innovation agenda that is targeted toward creating social benefits and augmenting rather than replacing workers.

Today, too few of the benefits of innovation-driven growth are flowing to workers. We should steer innovation for the benefit of all stakeholders. Federal policy has clearly been shown to be valuable in seeding innovation, generating economic growth, building areas of educational and research excellence, and spurring new work creation. But publicly directed US innovative effort is slackening, measured either relative to historical levels of public R&D investment or in comparison to effort in other countries, such as Germany and China.

The tax laws that shape corporate investment in workers and machines also need rebalancing. Tax law changes enacted over the last four decades have increasingly skewed the US tax code toward subsidizing machinery purchases rather than investing in workers.

Today, too few of the benefits of innovationdriven growth are flowing to workers. We should steer innovation for the benefit of all stakeholders.

Tax policy offers firms an incentive to automate tasks that, absent the distortions of the tax code, they would accomplish with workers. The US should bring its tax code back into balance to align incentives for innovation in skills development, capital formation, and R&D investment. Below is a list of our specific recommendations.

Too many Americans fear that technological progress will make the country wealthier while threatening their livelihoods.

The remarkable history of American innovation was powered not by fear or fatalism, but by a profound sense of possibility. Those possibilities remain. We see no tradeoff between improving economic security for workers and embracing ongoing technological change and innovation; arguably, accomplishing the latter requires ensuring the former. Achieving both goals will require both technological and institutional innovation.

Excerpted from The Work of the Future: Building Better Jobs in an Age of Intelligent Machines
by David Autor, David A. Mindell and Elisabeth B. Reynolds. Reprinted with permission from the MIT PRESS.
Copyright © 2022 Massachusetts Institute of Technology.

David Autor is Ford Professor in the MIT Department of Economics.

David A. Mindell is Professor of Aeronautics and Astronautics and Dibner Professor of the History of Engineering and Manufacturing at MIT and founder and CEO of Humatics Corporation. Autor and Mindell were Cochairs of the MIT Task Force on the Work of the Future.

Elisabeth Reynolds is Special Assistant to the President for Manufacturing and Economic Development at the National Economic Council and was Executive Director of the MIT Task Force on the Work of the Future. 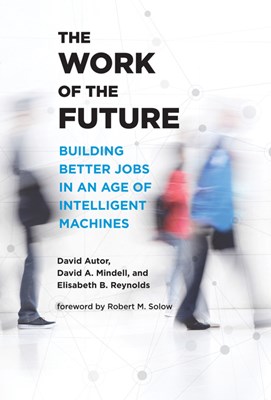 The Work of the Future: Building Better Jobs in an Age of Intelligent Machines