How Musical Awe Embraces Us in Community

In musical awe we hear the voices and feel the sounds of our culture. 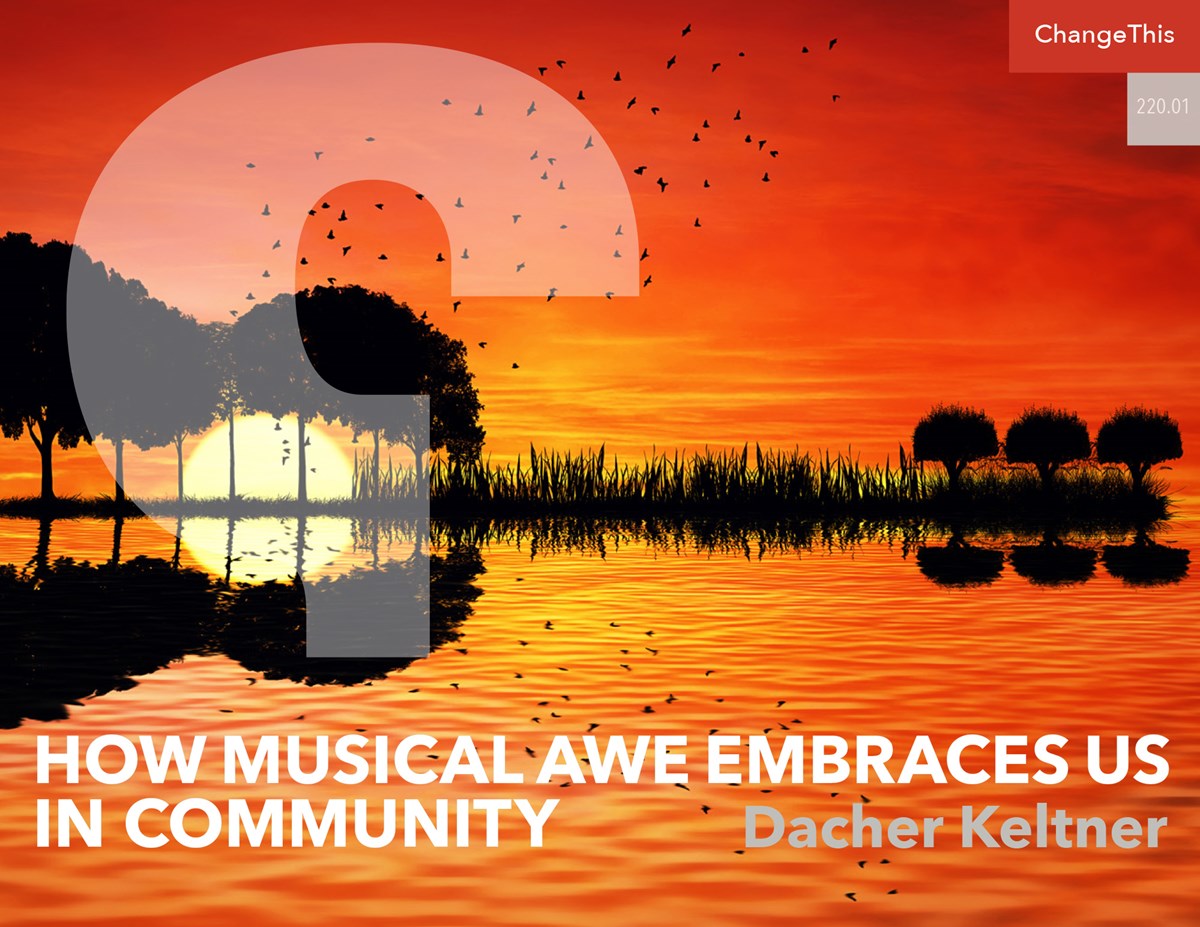 As humans walked out of Africa some fifty to sixty thousand years ago, we did so as a musical species moving in unison in small, wandering groups.

Our most basic social interactions—those between parent and child, friends, flirting teens, and group members laboring together—were often structured within the patterns of music. We made flutes from bones, rattles from gourds, shakers from seeds, and early drums from tightened animal skins. Music would interweave with dance and storytelling. Music became a medium of being together.

Music moves us to synchronize our movements. From the age of one or two, children will move their bodies, bobbing the head, tapping feet, clapping hands, and swaying hips, in tight synchronization with the beat of a song. In one illustrative study, West and East Africans were better able to tap to their own culture’s music than to a song from another part of Africa, a sign of who they will find it easier to sync up with.

And when strangers tap to the same beat, as opposed to different beats, they experience greater compassion and willingness to assist. Listening to music that brings us the chills, or awe, inclines us to trust and to share more with a stranger.

Around the world, music does have deep universals—how the temporal structure of notes gives music a beat; the use of pitch to convey meaning; the singing of words; descending sound contours; the use of percussion, repetition, and nonequidistant scales (such as C major). At the same time, cultures develop specific rhythms, beats, pitches, tones, contours, and timbres in their music—their own archive of life patterns, of what love is, for example, or power, or the Divine. In being moved by our culture’s music, we are moved to its ways of perceiving, of feeling, of being, which can strike us with the awe of epiphany—of recognizing who we are. For example, adolescents gravitate to music that expresses themes that speak to their emerging identities: in one study, working- class students were found to prefer music that centers upon the struggles of life—rap and country; upper-class students found their identities, and no doubt some musical awe, in music that expresses individualism and freedom—alternative rock and jazz.

In being moved by our culture’s music, we are moved to its ways of perceiving, of feeling, of being, which can strike us with the awe of epiphany–of recognizing who we are.

Music locates individuals within broader cultural identities to such an extent that the acoustics of one culture’s music will resemble those of another culture to the extent that those two cultures resemble one another genetically. This has been observed in analyses of the music of thirty-nine African cultures, choral songs of nine Indigenous tribes in Taiwan, and the melody and pitch in folk songs from thirty-one Eurasian cultures, ranging from the Mongols to the Irish to the Navajo.

Musicians create music to express their feelings about life patterns in ways that unite them with other members of their culture. This certainly is true of Diana Gameros.

Diana grew up in Juárez, Mexico, one of five children in a boisterous family. Sensitive to sight and sound, she began playing music on a little toy organ that her mom gave her, which transported her to a quiet space of the imagination. She would learn the piano, and then the guitar, but rarely sing. In her family it was her two uncles who sang, with the fullchested, deep timbres of Mexican folk songs.

Today, Diana’s award-winning music follows the forms of the Mexican troubadour and ranchera songs of her childhood, mixing in sounds of the cello and her classical guitar playing, which she learned while finding her voice as a student in the United States. Her songs symbolize the concerns of immigrants from Mexico and the life patterns of exploitation and being away from home.

Upon getting a green card, Diana was allowed to return to Mexico after sixteen years and tour her home country (captured in the documentary Dear Homeland). Below are her musically rich impressions of that return while in the central zócalo, or square, of Mexico City. There she found awe in many of its sources: in walking with people; in the faces, voices, and colors of a place; and in music and a song her grandmother used to sing:

I can feel it now. Estoy aquí. I am here. I am finally here in Mexico. All I had to do was turn them off—my phone, my thoughts—and deeply breathe. Deeply feel and listen. Really listen. And see, truly see. I recognize these voices, they speak my mother tongue. I recognize these colors, I was brought up by them. I recognize that song, it’s the one my grandmother used to sing in Torreoncitos, Chihuahua. I recognize myself in this place and these sounds, on those walls, and those faces, on that flag. Y ahora soy una con ellos. And now I am one with them. It has finally sunk in. I am here in my dear, dear homeland. Mexico. Y me siento inmensamente feliz.

And I feel immensely happy.

In musical awe we hear the voices and feel the sounds of our culture. We recognize, we understand, our individual identity within something larger, a collective identity, a place, and a people. We find what is often seemingly far away—home. In this, we can find an immense happiness. This can be true in hearing music that has deep cultural roots, and in music we might not immediately understand.

Dacher Keltner is a professor of psychology at the University of California, Berkeley, and the faculty director of the UC Berkeley Greater Good Science Center. 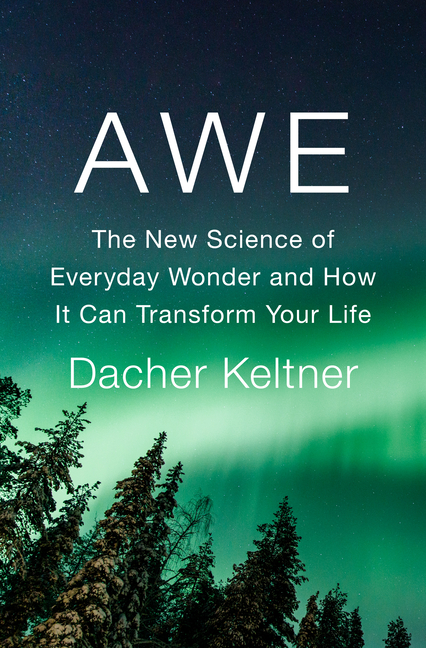 Awe: The New Science of Everyday Wonder and How It Can Transform Your Life