Be Bad First: Get Good at Things Fast to Stay Ready for the Future

Erika Andersen teaches us how to become better learners to confront an age where information is expanding exponentially. What Erika Andersen asks of us in her new book, Be Bad First, seems uncomfortable and potentially dangerous at first. What she’s asking us to do is give up our claim to competence—what sometimes seems as our very grasp on proper adulthood—and begin learning ANEW.

That seems scary because any success we’ve had most likely comes from our experience and expertise in our field, our competence and execution—in simple terms, from being good at our job. But not only are we all changing jobs, and even careers, more than ever before, the jobs we have are themselves constantly changing. In a world in which, as Erika tells us, “researchers estimate that human knowledge is doubling every twelve months—and some project that within a decade, it could be doubling every twelve hours,” it is critical to be able to learn and adapt that knowledge to your work.

Even if you’re in a more traditional, industrial-era job, perhaps especially so, your ability to learn is what will set you apart. Speaking of the oil and gas industry, which make up one-third of the world’s largest companies by revenue, Erika writes:

What will happen to these mega-companies as our knowledge of alternative fuels and their profitable application increases exponentially?

Just like the rest of us, the folks who run these companies will have to learn and change—or fail. In the words of Arie de Geus, a wonderfully agile thinker and for many years the head of strategy for Royal Dutch Shell … “the ability to learn faster than your competitors may be the only sustainable competitive advantage.”

Learning anything new means that we’re going to be novices at first—means we’re going to be bad first. The sooner we can get past the discomfort of that, the sooner we can get onto the exciting and psychologically rewarding part of it. Because, as Andersen explains, “we may hate being bad at things, but we love getting good at them.” We love mastering a new skill. This explains everything from the Angry Birds and Candy Crush phenomena to Michelangelo’s Sistine Chapel ceiling (not the usual suspects in a business book, which makes them all the more refreshing).

She returns to Michelangelo throughout the book, because he perfectly encapsulates the mindset and skills needed to succeed today. Michelangelo did not consider himself a painter, and had only apprenticed in fresco when the pope commissioned him to do the Sistine Chapel ceiling. He considered himself a sculptor, and actually resisted the commission because of all these facts. When Pope Julius refused to budge, Michelangelo dove into the job by hiring assistants that knew more than he did about the medium, and learned from them as they created the piece.

Four years later, one of the great masterpieces of Western art was complete, and Michelangelo could consider himself an accomplished frescoist. Not only that, along the way he and his assistants created new techniques and materials that would become the norm in Italian fresco. He had gone from being a complete novice to setting a new standard. And while most of us probably aren’t quite talented enough to change the course of art history, we can each apply a mindset to our work, highlighted by a favorite phrase of Michelangelo’s:

[O]ne of his favorite sayings, which he employed throughout his life in response to compliments on his work, was Ancora imparo—“I am still learning.”

If Michelangelo, a literal master, could maintain such a learner’s mindset, I think we all can. The admission that we still have much to learn, rather than being seen as a lack of expertise or competence, should be seen for what it truly is—a fact, and the impetus for a fresh aspiration to know more, a way to harness our own innate desire to get good at something. You can use your intrinsic motivation toward mastery to get over the hump of being bad at first, and to access the brain’s malleability, even at an advanced age, to become, as Erika puts it, “a master of mastery.”

In the interest of full disclosure, Erika is a longtime friend of the company, and I believe our company is better in quite a few ways because of that relationship. And we’ve loved and supported (editorially) her first two books, Growing Great Employees and Leading So People Will Follow. She could write a car owner’s manual, and I would read it, just because I love how she sees the world.

It was in the process of doing interviews after her last book that she realized she was continually referencing four mental skills for learning to become a better leader:

This makes up the ANEW formula of her new book, and she devotes a chapter to honing and harnessing each of these skills—which perhaps don’t sound to you like skills at all. Aspiration, for example, seems to be built in (or not), but Erika explains how “you can make yourself want to do things, including want to learn new things.” She explains why Neutral Self-Awareness needs to become a continual practice, what gets in the way of it, and how to overcome it so we can understand our own strengths and weaknesses and what we need to learn to do our best work. She talks about how curiosity gets socialized out of us in adolescence, and how to recapture the curiosity we had as children, when we were far more eager to really learn about the world around us rather than fit it into our current preconceptions and ideas about it.

And, obviously, it is that "willingness to be bad first" that the Erika hones in on throughout the book, because competence can become a trap if we let it, and we must be dogged and deliberate in our escape of it if we want to keep up with the changes around us.

[I]t seems clear that those who succeed in today’s world will be those who can acquire and apply new knowledge and new skills quickly and continuously. … at this point in history, where knowledge is increasing exponentially, where work is changing daily, where advancements in every area of discipline nearly outpace our ability to communicate them—the ability to learn well and quickly is the most important skill we can have.

Telling the story of how Norman Lear (who Erika has worked with and whose career has had many acts) helped launch Rob Reiner’s directing career by funding This Is Spinal Tap, she writes:

Reiner and his cocreators couldn’t find anyone who understood what they were trying to do with the film until Lear stepped in and saved the day. He told me many years later, “None of them really knew what they were doing—and I certainly didn’t—but it just seemed like such a wonderful idea.”

This reminds me of something our founder and former president, Jack Covert, said to me recently. I’ve been discussing our own company history with him over the past two months, trying to suss out the fact from the mythology and fiction that’s grown up in 800-CEO-READ over the last three decades. One of the things I was curious about was when, exactly, our part of the business—which began as the business and computer division of a local bookshop—became a company separate from the bookshops. His response was that he was basically always separate, always a bit different, from the beginning. The Harry W. Schwartz Bookshops, like all book stores, had book buyers—people who knew the history and current taste of their respective genres, mostly esoteric literature at Schwartz. These are people who know what they’re doing in the best possible sense. But Jack has always viewed himself as a merchant, he sold stuff, and never felt like he really fit in to that buyer paradigm. When I pressed him on if he then truly felt our division was separate from the beginning, his response was classic modest Covert: "Yeah, yeah… because I didn’t know what I was doing."

That realization and self-deprecation belies a sharper business edge. To this day, “not knowing what we’re doing”—for all our experience and expertise in the industry—is a part of the ethos Jack Covert built into this company. It means we can do anything. It means we remain flexible, able to experiment and evolve and even turn on a dime when need be. It also means we’ve had to learn new things constantly, and that Jack had to change the very nature of the company multiple times as he steered it through the tumultuous waters caused by the rise of the big box stores, the launch and now-near ubiquity of Amazon, and the close of the stores we were born in. But that work is never done. If it's ever done, it means the company or our work here is done.

Erika’s book is a welcome reminder for all of us to not rest on our laurels. What it does in the end is rather simple, but profoundly important: make you a better learner. And to do that we have to accept we may have to start off being bad first. 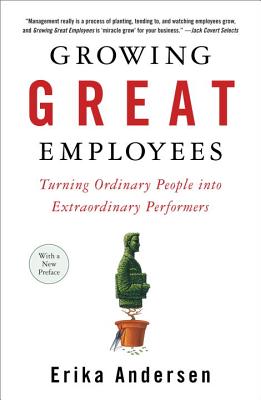 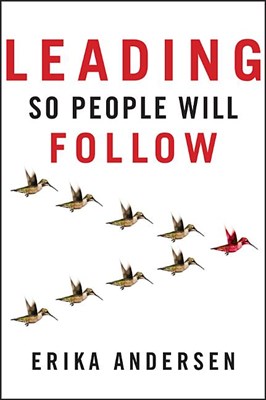