Financial Freedom: A Proven Path to All the Money You Will Ever Need

"Millennial Millionaire" Grant Sabatier's new book is a practical roadmap to living life on one’s own terms, as soon as possible. In 2010, twenty-four-year old Grant Sabatier woke up to find he had $2.26 in his bank account. Five years later, he had a net worth of over $1.25 million, and CNBC began calling him “the Millennial Millionaire.” By age thirty, he had reached financial independence. Along the way he uncovered that most of the accepted wisdom about money, work, and retirement is either incorrect, incomplete, or so old-school it’s obsolete.

Financial Freedom is a step-by-step path to make more money in less time, so you have more time for the things you love. It challenges the accepted narrative of spending decades working a traditional 9-to-5 job, pinching pennies, and finally earning the right to retirement at age sixty-five, and instead offers readers an alternative: forget everything you’ve ever learned about money so that you can actually live the life you want.

Sabatier highlights that, while one’s ability to make money is limitless, one’s time is not. There’s also a limit to how much you can save, but not to how much money you can make. No one should spend precious years working at a job they dislike or worrying about how to make ends meet. Perhaps the biggest surprise: You need less money to “retire” at age 30 than you do at age 65.

Financial Freedom is not merely a laundry list of advice to follow to get rich quick—it’s a practical roadmap to living life on one’s own terms, as soon as possible.

Among those things, as the excerpt below explains, is…

The Best Time to Ask for a Raise

Thinking about money in terms of percentages and dollar amounts impacts your perception of savings. It also impacts how your boss will think about your asking for a raise. Typically, you are more likely to get a bigger raise if you ask in terms of percentages instead of dollars. This is because the percentage will feel less tangible to people. Think about it: If you are making $50,000, what feels more substantial to you— getting a 10 percent raise or $5,000 more per year? Probably the $5,000, since you (and your boss) can immediately imagine what the extra $5,000 could buy. It has tangible value, whereas 10 percent is an abstraction or representation. What can you buy with 10 percent?

Just to keep you at your company, your boss might give you a 5 percent raise, but if you want 10 percent or more you will need to make a compelling case using the data you’ve gathered. You can also take more risks if you have another position lined up. I personally believe that 10 to 15 percent is the perfect amount to ask for unless you are being wildly underpaid based on your market and company value. If you do find that you are really underpaid (to the tune of 20 percent or more), then you can go in with your research and ask for a raise that pays you at least the market rate for your position. Ask for the upper bounds of the salary range.

If you are getting paid significantly under your market value, then you realistically could get a raise of 20-plus percent to the market level by making the case using the data you found online and from recruiters. That’s an incredibly high ROI for just doing a bit of research. If your company wants to keep you (and they have the money), they will give you a raise to get you at market rate. Not all companies will be in a position to give you a raise, and some will be but will say no. Even if you ask, there are many excuses bosses use to say they can’t give you a raise—like “we didn’t hit our numbers,” “sales are down,” or “we don’t have the budget.” It’s up to you to decide if you believe them and if you’re willing to stay under those circumstances.

A lot of employees don’t know when to ask for a raise or ask at the wrong time. When you ask can have a huge impact on whether your boss says yes. First, look at where you are in your career and your responsibilities. It’s important to monitor your market value and value to your company regularly—at least twice a year and more if your job responsibilities change.

If you’ve done all the research and are determined to ask for a raise, the next step is to think about the actual timing. The best times to ask for a raise are during your annual performance review, at the end of your company’s fiscal year (if you don’t know when this is, you can ask HR), after your workload has increased because of recent employee turnover, or after you’ve spearheaded a company initiative that turned out to be a huge success. Here’s why:

During your annual performance review, your boss is already thinking about your value to your company. If you come with your market-value research, you are significantly more likely to get a higher raise. At the end of the company’s fiscal year, your boss is thinking about next year already, and as long as your company is performing well, then you are more likely to get a yes. If your company isn’t performing well, then it’s unlikely you will get a raise, unless your company determines they really need to keep you to get the numbers up.

Another good time is if your responsibilities have significantly changed or your workload has increased because of employee turnover or consolidation. Under these circumstances, the last thing your company wants is another employee to leave, so they might pay you more to keep you. Like-wise, if you launched an initiative or project that is now a big success, now is another good time to ask. Ride on your accomplishments.

Research shows that the best time to ask for a raise is Friday morning. The reason is because your boss is, like you, relatively relaxed and excited about the weekend. Psychology research also shows that people tend to be more generous in the morning before noon.

No matter what day or time it is, you definitely want to feel out your boss’s mood. Your boss could be stressed, upset, or focused deeply on something else. If bosses are distracted or stressed, they aren’t going to listen to you the same way they would if they were more focused. Find a time when both you and your boss are in a good mood. While these guidelines can be helpful, your best opportunity could come at any time. Be ready.

Grant Sabatier, called “The Millennial Millionaire” by CNBC, is the Founder of MillennialMoney.com, which has reached over 10 million readers. He writes about personal finance, investing, entrepreneurship, and mindfulness and hosts the Financial Freedom podcast. Sabatier graduated from the University of Chicago and has been featured in the New York Times, Washington Post, NPR, Money Magazine,and many others. When not traveling in his VW Camper, he lives in New York City. 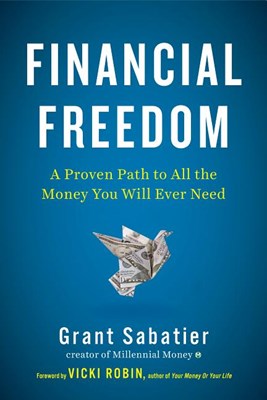 Financial Freedom: A Proven Path to All the Money You Will Ever Need