Simple Sabotage: A Modern Field Manual for Detecting and Rooting Out Everyday Behaviors That Undermine Your Workplace

Robert M Galford, Bob Frisch, and Cary Greene take a look at a declassified intelligence manual for insights on how individuals inside your organization may be destroying it from within. Yesterday, Sally introduced us to some of the ideas in Simple Sabotage: A Modern Field Manual for Detecting and Rooting Out Everyday Behaviors That Undermine Your Workplace. Today we dive in a little further, with an excerpt from the book itself. It comes from the Introduction, discusses the genesis of the book and where they're going with it, and details how...

Unintentional Sabotage May Be Destroying Your Organization

In January 1944, at the height of World War II, the Office of Strategic Services (OSS)—the predecessor of today's Central Intelligence Agency—published an extraordinary classified document. OSS operatives, under the direction of General William J. "Wild Bill" Donovan, had been organizing and training members of the European resistance movement in tactics of sabotage. These techniques were presented in a slim volume, the Simple Sabotage Field Manual, which was printed in several languages and smuggled to Allied supporters behind enemy lines. The Manual detailed easy ways to disrupt and demoralize the enemy's institutions without being detected. The authors' intentions were clear: "Slashing tires, draining fuel tanks, starting fires, starting arguments, acting stupidly, short-circuiting electric systems, abrading machine parts will waste materials, manpower and time. Occurring on a wide scale, simple sabotage will be a constant and tangible drag on the war efforts of the enemy."

The cumulative effect of these thousands of barely detectable individual acts would wear down the Axis powers and prevent them from achieving their goals. While planes and tanks and ships battled the enemy on the front, the OSS and resistance fighters would use the techniques from the Manual to attack from within.

Much of the volume was devoted to physical acts of sabotage—of the put-sand-in-the-gas-tank or leave-oily-rags-in-a-pile variety. It advocated leaving "saws slightly twisted when you are not using them" as they would then eventually break when in use. It suggested clogging lubrication systems with any available substance. "Twisted combings of human hair, pieces of string, dead insects, and many other common objects," the book advised, "will be effective in stopping or hindering the flow of oil through feed lines and filters." It recommended sprinkling "rock salt or ordinary salt profusely over the electrical connections of switch points and on the ground nearby. When it rains, the switch will be short-circuited."

Cooling systems, fuel lines, railroad switches, electric motors, gears, telephones, toilets, tires—the Manual had great advice on how to cause trouble all around, and how to not attract attention while doing so.

But one section of the Manual was devoted entirely to the methodical disruption of the enemy's organizations—in particular, their decision-making processes and the efficacy of their meetings and procedures.

The tactics described in this section were incredibly subtle—and devastatingly destructive. They were like viruses, piggybacking on normally benign activities as they spread and accumulated. And, like viruses, they carried the ability to weaken or render impotent the organizational infrastructure of the enemy. They were also difficult to spot, challenging to mitigate or reverse, and almost impossible to prevent.

These are the eight tactics from the Simple Sabotage Field Manual:

These eight tactics sound relatively harmless, don't they? In fact, aren't they aspects of the very behaviors that are necessary to the health of any group of people working together? For example, "channels" are important. They're vital communications tools that ensure that ideas are vetted thoroughly and that once a decision is made, the resources and skills needed to go forward with implementation are there. "Caution" is important too. If people threw caution to the winds and constantly took a Ready–Fire–Aim approach, chaos would reign.

Bear in mind: The OSS anticipated just that reaction. OSS leaders didn't want members of the Resistance caught and killed. That's why the tactics they taught had strong plausible deniability. These are good behaviors, but taken to an extreme. That's why they are insidious.

This was powerful stuff in 1944 and remains so today. Although the Manual has long been declassified, the acts of sabotage recommended in it are no less subtle and no less corrosive than they were more than seventy years ago. What's more, they occur every day and all around the world in all sizes and types of working groups, from global corporations and nonprofits, to school and church committees, to small businesses. Some of them, no doubt, occur in yours.

We are not suggesting that enemies are lurking in your midst. It's unlikely that you've got an internal resistance movement doggedly working to keep you from achieving your goals. But the odds are great that some individuals have unwittingly taken a page or two from the Manual. Left unchecked, their behaviors will, at the least, undermine your group or organization, slowing down its—and your—best efforts. In the worst- case scenario, they will grind the gears to a halt.

We've shared this list of OSS tactics with hundreds of our friends, colleagues, and clients. Almost every time they've responded with a chuckle, "That list describes my __________ [department, company, volunteer group, book club, board—pick one; we've heard them all]."

That's why we wrote [Simple Sabotage]. In our decades of experience working with individuals and groups in organizations large, small, public, private, and nonprofit, we've seen these corrosive tactics at work. We've witnessed the damage they do, and we've worked with clients across industries and continents to devise ways to recognize, counteract, and prevent them.

The OSS presented eight tactics for sabotaging an organization. This book tackles one in each chapter. In the process of writing about the countermeasures to these tactics, however, we've also realized that as new organizational forms have taken shape and new technologies have emerged over the past few decades, so have new opportunities to throw a monkey wrench into the works. So we devote an additional chapter to one of the most effective (which is to say damaging) new tactics of sabotage that has become commonplace since the Manual was written.

You will probably find most of the sabotage techniques discussed in this book familiar. You might even laugh at some of them, thinking they are nothing more than some people's quirky or annoying behaviors. You might believe that they are easily corrected. "Well," you might think, "I can just point these things out to my colleagues, or direct reports, or even my boss, and the behaviors will stop; problem solved."

But rooting out these corrosive behaviors isn't so simple, since they are oft en mutant excesses of laudable aspects of organizational life and group behavior—enforcing rules, checking that processes have been followed correctly, involving co-workers in decisions and seeing that decisions are made in the right way. Slowly, these sabotaging behaviors become part of the working culture, and spotting them, much less extricating them, isn't easy. Exposing and inoculating any working group against sabotage requires several stages:

Identify: Spot sabotage as it occurs, and help others see when a positive behavior has crossed the line into becoming counterproductive or destructive.

Calibrate: Put into place the right expectation for tolerance—the range of acceptable behaviors—so that productive behavior is encouraged, but sabotage is prevented.

Remediate: Give everyone in the organization the permission, the language, and the techniques to call out damaging behaviors in a constructive way.

Inoculate: Introduce tools, metrics, and process changes to prevent the sabotage from recurring (or from occurring in the first place) and to help develop a low-sabotage culture.

In practice, these stages are sometimes sequential (as we've written them here), but more often, they have to happen at the same time (as we often treat them in the chapters to come). It depends on the type of sabotage, who spots it (and what sort of control that person has over the group), why the sabotage is occurring, and what type of group you're dealing with.

As lifelong strategists, the three of us have read many books promising dramatic breakthroughs or offering radical ways to rethink how organizations are run. This book isn't one of those. Simple Sabotage is about the day-to-day routine interactions and processes we rely on as we work that are undermined by unintentional sabotage. By identifying and removing the hundreds or even thousands of small, barely perceptible irritants—the "sand" that clogs the machinery—you will transform your workplace or workgroup experience and the experience of those around you. You will increase your effectiveness, spur creativity, and improve working relationships. Whether you're in the middle of the sabotage or you're managing a department, division, or company where sabotage is under way; whether you're a committee member, a front-line worker, or a C- Suite executive—we'll show you how to help your group become as productive as it can be.

Excerpted with permission from HarperOne, a trademark of HarperCollins Publishers, from Simple Sabotage: A Modern Field Manual for Detecting and Rooting Out Everyday Behaviors That Undermine Your Workplace by Robert M Galford, Bob Frisch, and Cary Greene.
Copyright 2015 by Simple Sabotage I, LLC.
All rights reserved.

Robert M. Galford is the managing partner of the Center for Leading Organizations and coauthor of The Trusted Advisor, The Trusted Leader, and Your Leadership Legacy. He teaches executive education programs at the Columbia University Graduate School of Business, the Kellogg Graduate School of Management, and Harvard University. He lives in Concord, Massachusetts.


Bob Frisch is the managing partner of the Strategic Offsites Group and is considered among the world's leading strategic facilitators. He is the author of Who's In the Room? and lives in Boston, Massachusetts.

Cary Greene is partner at Strategic Offsites Group and leads their efforts on large-scale transformation and strategy programs. He lives in Boston, Massachusetts. 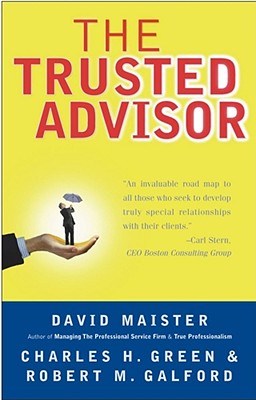 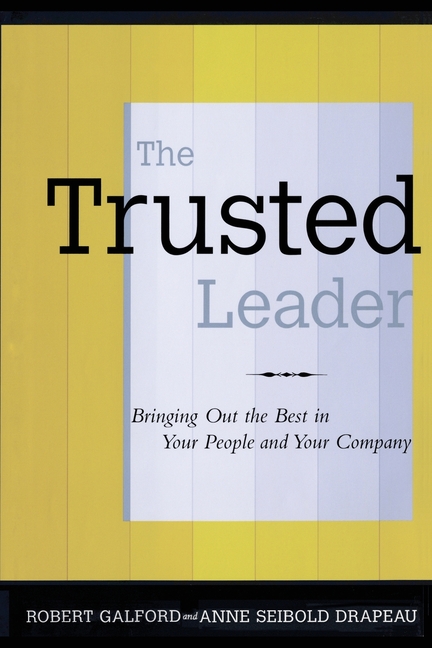 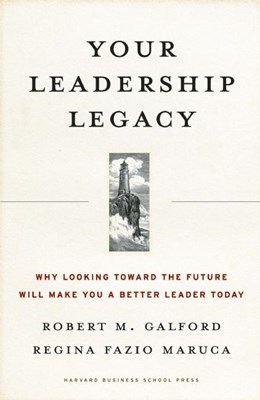 Your Leadership Legacy: Why Looking Toward the Future Will Make You a Better Leader Today