GrubHub founder Mike Evans reveals the inside story of how he grew a multibillion-dollar behemoth that changed the way we eat. 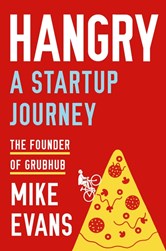 Hungry and tired one night, Mike wanted a pizza, but getting a pizza delivered was a pain in the neck. He didn’t want to call a million restaurants to see what was open. So, as an avid coder, he created GrubHub in his spare bedroom to figure out who delivered to his apartment. Then, armed with a $140 check from his first customer and ignoring his crushing college debt, he quit his job. Over the next decade, Mike grew his little delivery guide into the world’s premier online ordering website. In doing so, he entered the company of an elite few entrepreneurs to take a startup from an idea all the way to an IPO.

GrubHub’s journey from Mike’s bedroom to Wall Street doesn’t fit into how business schools teach entrepreneurship. In Hangry, he details step-by-step the grind of building an innovative business, with each chapter including sharp lessons for entrepreneurs and startups that Mike learned on the fly as he piloted GrubHub by the seat of his pants. Hangry reveals a decade of eighty-hour work weeks, detailed steps of how Mike garnered his first customers, his hunt for financing dollars, cliffhanger acquisitions, the near collapse of his marriage, a brutally difficult merger, and a pair of tumultuous quit/unquit moments, all to steer the company to become one of the most successful startups in the world. With a razor-sharp wit, Mike reveals hard-won truths about how startups succeed—and even harder-won truths about how startups fail.

Shocking everyone, at the pinnacle of startup success, Mike leaves it all behind, quitting the company he started to bike across the United States in search of balance. But eventually, the grand vistas of America bring the lessons of the past into focus, driving the realization that for entrepreneurs a hunger for success doesn’t end, and he starts another company, even more ambitious than the first.

Mike Evans founded GrubHub in his spare bedroom and grew it into the multibilliondollar online food delivery colossus that is a household name. Since leaving GrubHub, he founded Fixer.com, an on-demand handyperson service focused on social impact. He lives in Chicago with his wife, daughter, dog, and bike.

The books for this giveaway are being provided by Legacy Lit. We have 20 copies available. The giveaway's winners will be chosen on Monday, November 7th. 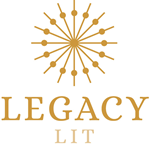