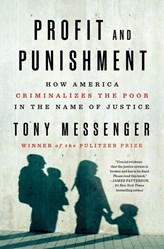 Profit and Punishment is the most comprehensive look at the criminalization of poverty in the U.S., joining a growing and popular genre that is making a difference. It is Charged meets Evicted, focusing on that touchstone issue of the criminal justice reform movement: the insidious use of fines and fees to raise money for broken government budgets off the backs of the poor, and the partnership those governments have formed with for-profit companies that are getting rich on the backs of people incarcerated for minor crimes.

In a feat of exceptional reporting, Profit and Punishment reveals a familiar reality to the nation's poor, anchored by the stories of three single mothers living in poverty, one in Oklahoma, one in Missouri, and one in South Carolina, who are abused by a judicial system more focused on debt collection than public safety.

All over the country, similar schemes are criminalizing the vulnerable and the poor, with the full support of politicians in both parties. The geography is Missouri, South Carolina, and Oklahoma. The story is American.

Tony Messenger is the metro columnist for the St. Louis Post-Dispatch. In 2019, Messenger won the Pulitzer Prize for commentary for his series of columns on debtors' prisons in Missouri. In 2016, Messenger was awarded a Missouri Honor Medal, the highest award bestowed by the University of Missouri's School of Journalism. That same year he won a National Headliner for editorial writing. In 2015, Messenger was a Pulitzer finalist for his series of editorials on Ferguson, and won the Sigma Delta Chi award for best editorials of the year, given by the Society of Professional Journalists. Messenger lives in Wildwood, MO with his wife and two children. He has four grown children and eight grandchildren. Profit and Punishment is his first book.

The books for this giveaway are being provided by St. Martin's Press. We have 20 copies available. The giveaway ends on Sunday, December 12th. 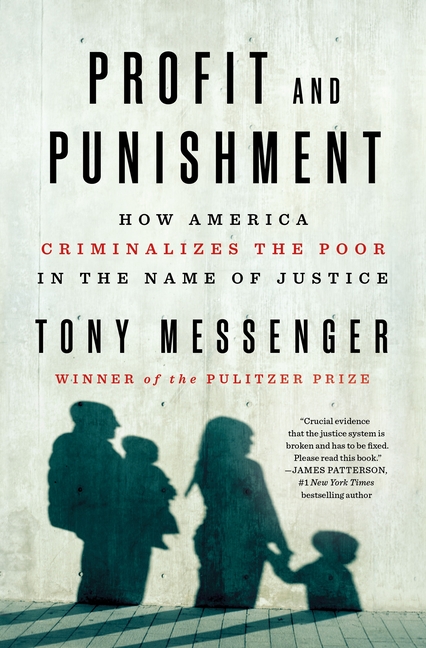