Race and Reckoning: From Founding Fathers to Today's Disruptors

Spanning from the nation’s earliest years through the New Deal to the Covid pandemic, a groundbreaking work that interrogates how pivotal decisions have established and continued discriminatory practices in the United States, even as the rise of disinformation and other modern advertising techniques have plunged democracy into an ever-deepening crisis. 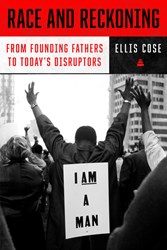 Throughout our nation’s history, numerous racialized decisions have solidified the fates of generations of citizens of color. Some of the earliest involved race-based slavery, the removal of Indigenous peoples from their lands, and the exclusion of most Asians. More have proliferated over time. While America grew into a superpower in the twentieth century, it continued to discriminate against people of color—both soldiers who served overseas and civilians on the home front, herding Japanese Americans into internment camps during World War II and denying Black citizens their right to vote.

American Politicians have waxed eloquently and endlessly about bettering the nation. But bettering it for whom? journalist and cultural commentator Ellis Cose asks. From Reconstruction to the New Deal to the unceasing fight for civil rights, Cose reveals how the hopes of many Americans for a true multicultural democracy have been repeatedly frustrated by white nationalists skilled at weaponizing racial anxieties of other whites.

In Race and Reckoning Cose dissects chapter-by-chapter how America’s overall narrative breeds racial resentment rooted in conjecture over fact. Through rigorous research and with astute detail, Cose uncovers how, at countless points in history, America’s leaders have upheld a narrative of American greatness rooted in racism. It is a story grounded in history, and it demolishes the myths that ultimately allowed one of the most ill-prepared, unethical, vindictive, and truth-challenged politicians in history to position himself as America’s savior by tapping into the nation’s darkest tendencies.

Ellis Cose was a longtime columnist and contributing editor for Newsweek magazine, the former chairman of the editorial board of the New York Daily News, and is the creator and director of Renewing American Democracy, an initiative of the University of Southern California, Northwestern, and Long Island University. He began his journalism career as a weekly columnist for the Chicago Sun-Times and has been a contributor and press critic for Time magazine, president and chief executive officer of the Institute for Journalism Education, and columnist and chief writer on management and workplace issues for USA Today. Cose has appeared on the Today show, Nightline, Dateline, ABC World News, Good Morning America, and a variety of other nationally televised and local programs. He has received fellowships or individual grants from the Ford Foundation, the Andrew W. Mellon Foundation, the Rockefeller Foundation, and the University of California, among others, and has won numerous journalism awards. Cose is the author of The Short Life and Curious Death of Free Speech in America, Bone to Pick, The Envy of the World, the bestselling The Rage of a Privileged Class, and several other books.

The books for this giveaway are being provided by Amistad, an imprint of HarperCollins Publishers. We have 20 copies available. The giveaway ends on Sunday, July 31st. 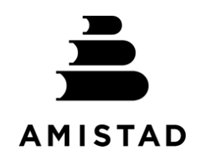 Race and Reckoning: From Founding Fathers to Today's Disruptors