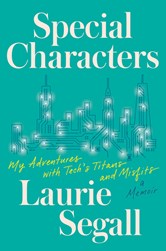 In 2008, 23-year-old Laurie Segall was a newly minted assistant at CNN and was living in an East Village walk-up apartment. As Wall Street was crashing down, Segall began discovering a group of scrappy misfits who were rising from the ashes of the recession to change the world: the tech entrepreneurs.

A misfit herself, Segall gained entrance to New York's burgeoning tech scene, with its limitless cash flow and parties populated by geeks-turned-billionaires. Back at the news desk, she rose through the ranks at CNN, while these entrepreneurs went from minnows to sharks, building companies that would become our democracy and our social fabric: Facebook, Twitter, Instagram, Uber, Tinder.

Over the course of a decade, Laurie Segall became one of the first reporters to give airtime to many of these founders--from Mark Zuckerberg (Facebook) to Jack Dorsey (Twitter) to Kevin Systrom (Instagram) to Travis Kalanick (Uber)--while tracking their evolution and society's cultural shift in the CNN startup beat she created. By the end of her tenure at CNN, she had become its on-air senior technology correspondent and had witnessed the rise of second-wave tech, from the boom to the "complicated years" to the backlash, as her misfits emerged as some of the world's most influential leaders.

A coming-of-age narrative chronicling an era transformed, Special Characters is, at its core, a young woman's origin story--in love, in career, and in life--and an account of the humans behind the companies that have shaped our modern society. Filled with emotional heft and razor-sharp observations, Segall's empowering memoir is a richly rendered backstage pass to the tech bubble that reimagined the ethos of our social, political, and cultural experience.

Laurie Segall is an investigative journalist who has created award-winning series and specials. She is currently the founder and executive producer of Dot Dot Dot Media, a correspondent for 60 Minutes+ on Paramount Plus, and a national correspondent for CBS News. Previously, Segall was CNN’s Senior Technology Correspondent and Editor-at-Large for CNN Tech, covering the intersection of technology and culture for more than a decade. She lives in New York City.

The books for this giveaway are being provided by Dey Street Books, an imprint of HarperCollins Publishers. We have 20 copies available. The giveaway ends on Sunday, March 13th. 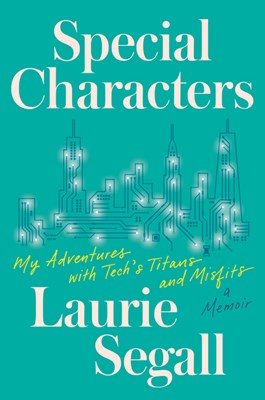