Jeremy Gutsche, author of Better and Faster, talks about the books that have influenced him and what he's reading now.

Today we close out our Thinker in Residence with the author of Better and Faster.

What is the one unanswered question about business you are most interested in answering?

How to find BETTER ideas FASTER.  And each of those two words really matter. If you could make better decisions, faster, you'd be a better innovator, better manager and better at adapting. But people don't realize how difficult it is to adapt. The average tenure of a Fortune 500 used to be 75 years, but that average has fallen to 15 years and it's expected to plummet. It's clear that corporations are not prepared to adapt. And neither are successful managers. Better and Faster makes a difference to this problem by teaching the traps we've learned from 10,000 years of evolution as farmers, and taking a leap further by giving six tactical patterns you can use to find your next idea, faster. Patterns we've learned at TrendHunter.com by studying 250,000 ideas using our all-time audience of 100,000,000 people like a giant innovation focus group.

What book has influenced your work the most?

My good old Toronto compatriot, Malcolm Gladwell's book, The Tipping Point.  He was a bit of an inspiration for Trend Hunter, dating back to an article he wrote called "The Coolhunt." His concept of divergence inspired me. This year, I was honored when he asked for his own copy of Better and Faster. Cheers to Malcolm!

What is the book you wish you had written (or admire the most) and why?

Paul Arden's It's Not How Good You Are, It's How Good You Want to Be. When I did my MBA, we read all the major books, like Good to Great. But there was one book that stayed on everyone's coffee table. And that book was the half-pictured creation of Saatchi and Saatchi's late creative director, Paul Arden. It was a brilliant piece of work and the inspiration for my first book, which was also half pictures, Exploiting Chaos.

What book are you reading right now?

Seth Godin sent me 12 copies of What to do When It's Your Turn. The book is half imagery, like my last book, and that's caused me to share it a lot. Seth was also very supportive of me by giving me a lot of advice on how to think about book marketing and by blurbing both my last book and this one, so I'd like to thank him for that and gift his new work.

Better and Faster: The Proven Path to Unstoppable Ideas 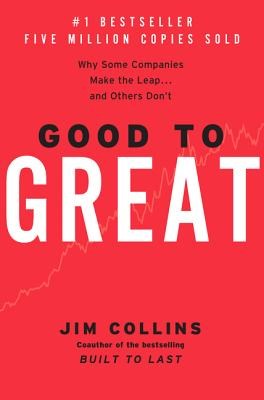