"[M]ost organizations and managers today focus on the amount of time that employees appear to spend doing something and not on what they actually produce. This has to change. Just because employees are “putting in hours” doesn’t mean anything.

"[M]ost organizations and managers today focus on the amount of time that employees appear to spend doing something and not on what they actually produce. This has to change. Just because employees are "putting in hours" doesn't mean anything."

Jacob Morgan is an author, keynote speaker, and the principal and co-founder of Chess Media Group, a firm focused on the future of work and collaboration. Jacob frequently speaks at conferences around the world and is featured in media outlets such as Forbes, Inc. Magazine, USA Today, The Wall Street Journal, Mashable, Zdnet, Read Write Web, MIT, Huffington Post, and many others. Jacob blogs regularly on the future of work and collaboraton at The Future Organization and on Forbes. He is also one of the judges for Gary Hamel's Management Innovation Exchange. When not working Jacob loves to travel and play racquetball and chess. He can be found on Twitter @jacobm.

"Talent doesn't need to be local. Organizations large and small can be comprised of international teams. Organizations can also develop a presence in any part of the world and work without boundaries."

Our take on Jacob Morgan's new book, The Future of Work

Jacob Morgan clearly likes chess. The name of his company is Chess Media Group, and he begins his new book, The Future of Work, detailing the exploits of Magnus Carlsen, a 24-year-old Norwegian who is dominating the game today:

Many people are familiar with chess legend Garry Kasparov, who dominated the chess world for decades and who famously played (and lost to) IBM's Deep Blue. But Magnus is a new breed of chess player from a different era. When Garry was champion his peak rating was at 2,851, Magnus's peak rating at the time of writing is 2,881 and he recently defeated five-time former world chess champion Viswanathan Anand who was around twice his age without losing a single game, thus becoming the new world champion. Garry and Magnus first played in 2004 when Magnus was just 12 years old. Everyone knew Magnus would end up being a superstar when that game (which everyone thought Kasparov would win) ended in an unexpected draw.

So what does any of that have to do with business. Morgan has a great analogy that gets us directly to business:

Many, including Kasparov, describe this as a new era in chess. Similarly, we also see a new era in the world of work.

One of the reasons why Magnus is such great chess player is because he challenges the traditional notions of chess. When positions are technically drawn he plays through them and finds winning combinations and when positions are seemingly lost he manages to save them. He embraces and thrives in new or complex positions and has a unique ability to adapt to what is in front of him. He goes against the traditional grain of chess and for that he is considered to be one of the greatest chess players to play the game despite the fact that he is just turning 24.

The approach that Magnus has toward chess—the ability to adapt, identify opportunities, and think outside of the "board"—is the same type of mentality that is required when thinking about the future of work. Actually, it's not just required, it essential for the future of work.

Morgan is himself a young and quite accomplished man. He may not be the world champion of chess (yet), but he published his first book, The Collaborative Organization, two years ago at the age of 28. And, with by clarifying some of the changes that are coming and those already taking place in the workplace in this new, he has accomplished something that will be of great service to anyone working within or managing a modern organization—or, recognizing another modern reality for so many, freelancing across many organizations. This is a topic that's often discussed—and alternately celebrated or bemoaned—but rarely if ever laid out as clearly as it is by Mr. Morgan.

Because, as he puts it, he is a fan of a "descriptive" approach to problem solving rather than a "prescriptive" one which, this books is more a map than GPS. It is not going to tell you where to go, but simply show you the landscape so you can better navigate it for yourself.

He begins by looking at the five most important trends happening today:

In many ways, these trends are all wrapped up in one another. New Behaviors, for example, are largely being driven by the social technologies we're all using in our personal lives, and that Millennials have largely grown up with and/or created. Those technologies also make it possible, even easier, to work whenever and wherever you want rather than gathering in a expensive piece of real estate every week day from 9-5 with everyone else your company employs. And, Globalization has been powered by advances in transportation and telecommunications technology, and as that tide flows out a new tide of talent from all over the globe—often working remotely—flows back in—or more accurately, from a global perspective, around the world. That last point Morgan sums up nicely, writing:

Talent doesn't need to be local. Organizations large and small can be comprised of international teams. Organizations can also develop a presence in any part of the world and work without boundaries.

And you can flip that script around as an individual. The company you work for does not have to be local, and you may not have to move cities (or move to or commute to a city, if you prefer country living) to get the job you want.

Morgan very consciously chose to focus on the employee rather than the customer (more on this in tomorrow's installment) in this book, and it is a wise decision. Because, although the products companies develop must be customer-focused to succeed, the workplace and way that work gets done will be increasingly employee driven. The top-down hierarchies of the past, Morgan tells us, will be replaced by bottom-up systems in which employees' "new approaches to work will force managers to change how they lead," which will "force organizations to change how they operate and are structured." (Although the book is employee-centric, it also addresses the future manager and future company that statement implies, as well.) That gets us into discussing those new realities, and what role management has when employees are dictating the terms, and essentially organizing and managing themselves.

But what are those terms of employment going to be? Morgan lays out seven, which he calls the "Seven Principles of Future Employment", that will "comprise the ways [future employees] are going to work and expect to work."

When people speak of flexibility, they usually refer to flexible hours and the ability to work from home as that first bullet point clearly states, but that misses a key component of that new reality—focusing on outputs rather than inputs, as Morgan explains:

This is the component that most people miss. Flexible work isn't just about working when and where you want—it's also about focusing on outputs (or outcomes) and not inputs. In other words, it's not just about the amount of time that employees work but what they produce and the quality of what they produce that matters. For example, let's say you had an employee who worked 10 hours a day, he would always be the first one to get to work and the last one to leave. Traditionally this would be the type of employee who would get rewarded and recognized because clearly everyone would see how many hours this brave soul is putting in every day. Now let's say you have another employee who shows up to the office maybe once a week. She produces excellent work but nobody actually sees her come in. This is the type of employee who will be immediately judged as a slacker who never comes in to the office. That is because most organizations and managers today focus on the amount of time that employees appear to spend doing something and not on what they actually produce. This has to change. Just because employees are "putting in hours" doesn't mean anything. They could just as easily be coming in to work to play chess online, which is a game that could easily take several hours!

And lest you think this flexibility is a one way street that only benifits the employee at the expense of the company's current rules and cohesion, there is this, as well:

According to Global Workplace Analytics, a typical business would save approximately $11,000 per employee per year if that employee were allowed to work from home just half the time. The employees themselves would save between $2,000 and $7,000 per year (from costs such as gas) and the national savings would be more than $700 billion a year. Aetna, an organization with around 35,000 employees around the world, sees around half of its workforce working from home, which has saved it around $80 million in real estate costs annually and a voluntary turnover rte of those who work at home, which is around 2 to 3 percent (compared to the 8 percent industry average).

And just think about what getting those cars off the road (sometimes moving at a snails pace due to the fact that traditional workplaces require everyone to show up at the same time) will do to shrink the carbon footprint of workplaces and the individuals commuting to them.

These are just some of the more obvious ways organizations will change as employees are more empowered and engaged. As employees gain a greater voice, are increasingly able to organize themselves, their teams, and their projects together, and more move into the freelance economy, things are going to begin changing at an increasing rate of speed before we arrive at a new normal—if we ever do.

This transition will be ongoing and will look different for every organization, but with Jacob Morgan's map of The Future of Work, you'll be more able to navigate that future for yourself and your company.

Remember, if you don't think about and plan for the future of work, then your organization will have no future!

Also, if you buy a HARDCOVER copy of Jacob's book within the next 72 hours he will give you:

Jacob will be sending all of these things out within a few days, please email him a screenshot of your receipt or proof or purchase at fowreceipts@gmail.com. 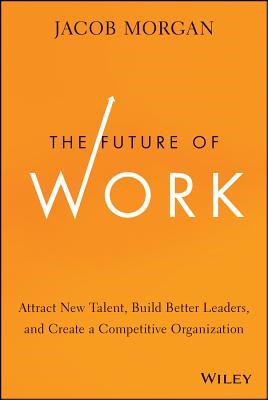 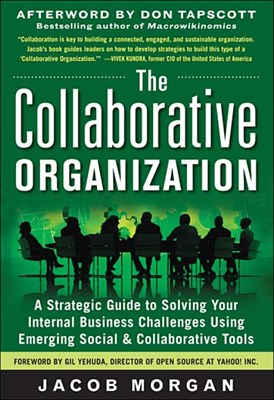