"It’s not like we delivered 'the memo' and poor, working class and middle class folks flubbed it and failed the test. We were simply never given the memo. " ~John Hope Bryant

"It’s not like we delivered 'the memo' and poor,
working class and middle class folks flubbed it and failed the test.
We were simply never given the memo."

Dr. Martin Luther King Jr., in his famous "I Have a Dream" speech, spoke of the Declaration of Independence as a promissory note "to which every American was to fall heir."

This note was a promise that all men, yes, black men as well as white men, would be guaranteed the unalienable rights of life, liberty, and the pursuit of happiness.

He went on to say that "It is obvious today that America has defaulted on this promissory note insofar as her citizens of color are concerned." And he sought to address that through getting legislation like the Voting Rights Act of 1965 enacted, which was partially successful in recovering some of those funds (and has since been partially dismantled). But that is not what I'm here today to discuss.

Before he was so senselessly taken from us, Dr. King turned his focus to issues of economic inequality and launched a Poor People's Campaign that sought to help all Americans in poverty—black, brown, white alike. In that tradition, and in the same vein as King spoke of a promissory note defaulted upon, John Hope Bryant writes and speaks of a "memo" that the poor were never given:

The poor and the underserved have never gotten a memo, a manual, or any education in free enterprise and responsible capitalism. Poor neighborhoods and communities simply make the rules up as they go. It’s not surprising that these communities have fallen behind; the amazing part is that they have done a pretty impressive job of this thing with no help, almost no guidance, and zero role modeling of real wealth creation. Unfortunately, the vast majority of these economic shortcuts implode in time.

Speaking of himself, he writes:

When I was growing up in the inner cities of South Central Los Angeles and Compton, I didn’t have a clue about free enterprise or capitalism. How did it work? How were its winners and losers picked, and who did the picking? Most important, how could I participate? Forget about it. There was no manual for poor people. We never got the memo.

Well, he eventually became passionate about entrepreneurship and went out and got a glimpse of that memo and an education in free enterprise for himself. And now he's passing it along in the work he does and in his new book, How the Poor Can Save Capitalism: Rebuilding the Path to the Middle Class . I recently asked him for some his thoughts on business and business books, and here is what he had to say.

Q&A with John Hope Bryant, author of How the Poor Can Save Capitalism: Rebuilding the Path to the Middle Class, on business, books, and business books

1. What is the one unanswered question about business you are most interested in answering?

The one unanswered question about business is where, when and how does business “add” to the social, spiritual, cultural, and emotional health of a nation? How does this occur, and what is the proper role of business in society. Is it appropriate for the government to take the (total) lead, and for business to fit in when rarely asked? This is backwards. While government has a very defined, necessary and specific role in society, the reality is that almost 90% of all jobs come from the private sector. The resources of government mostly come from you, me, and business paying taxes. But none of this is the core of my argument. The core of my argument is that while free enterprise and capitalism built this country (a free enterprise democracy), we have failed to deliver “the memo” to the vast majority of our population—since even before the civil war, and certainly not since. It’s not like we delivered “the memo” and poor, working class and middle class folks flubbed it and failed the test. We were simply never given the memo. My book seeks to deliver that memo to and for a new generation.

2. What book has influenced your work the most?

3. What is the book you wish you had written and why?

This one [How the Poor Can Save Capitalism]. Because I believe it delivers that memo to and for a new generation of American builders. It if does not deliver that memo—then I will personally reimburse each and every individual.

4. What book are you reading right now?

So many. I read several books at the same time. Here are a few of the ones at the top of the pile:

You can read our take on How the Poor Can Save Capitalism in our first installment of this series, and read an interview with the author about the book (and be sure to catch the video he and his team made for the book) in our second installment. And if you still want more before going out a getting a copy of How the Poor Can Save Capitalism, you can read a manifesto he wrote for our sister site, ChangeThis. 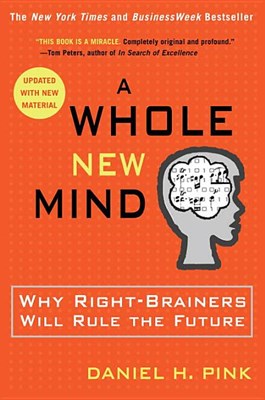