Marci Alboher of The New York Times recently conducted a Q&A session with Guy Kawasaki via email. One exchange for you entrepreneurs: Q. What is your advice to entrepreneurs seeking funding or growth opportunities if the credit and capital markets continue on their current course?

Marci Alboher of The New York Times recently conducted a Q&A session with Guy Kawasaki via email. One exchange for you entrepreneurs:

Q. What is your advice to entrepreneurs seeking funding or growth opportunities if the credit and capital markets continue on their current course? A. My advice is that they melt wax into their ears and go forward. If they are waiting for wonderful credit and capital markets, they probably aren't entrepreneurs. They're much more likely to be consultants and bankers looking to quickly flip a company.

Kawasaki's latest book, Reality Check, is being released this week by Portfolio. The book's 94 chapters span 500 pages, but Guy is an extremely entertaining author and it's a surprisingly easy read. The book was one of October's Jack Covert Selects. Geoffrey Colvin has an article in the October 27 issue of Fortune adapted from his new book, Talent Is Overrated, which was itself an expansion of his popular cover story for Fortune in 2006. The article makes the argument that discipline and training breed the skills that drive greatness, not innate talent--if such a thing even exists:

A number of researchers now argue that talent means nothing like what we think it means, if indeed it means anything at all. A few contend that the very existence of talent is not, as they carefully put it, supported by evidence. In studies of accomplished individuals, researchers have found few signs of precocious achievement before the individuals started intensive training.

To view a video by the author that sums up his ideas in 4:02 minutes, go here. He also has a guest post on the Fortune Blog. For the latest "Creative Disruption" installment in Forbes, Scott D. Anthony, lead author of The Innovator's Guide to Growth, teamed up with Clayton Christensen, author of the best-selling Innovator's Dilemma and two more books this year--Disrupting Class (about education) and The Innovator's Prescription (about health care). They tell the story of Proctor & Gamble's Align group, which teamed with Innosight (a consulting firm the authors are affiliated with) and launched it's IBS medication online instead of the way P&G traditionally introduces products--in a huge box store.

Usually P&G product managers go big with a launch at a big chain like Wal-Mart (nyse: WMT - news - people ) backed up by a promotion and ad campaign costing tens of millions of dollars. Work with Innosight, including a two-day workshop, helped the Align group reframe its approach to one that was more "invest a little, learn a lot." Instead of trying to come up with a definitive answer about Align's potential, members of the group identified which assumptions would have to be true to create a business about which P&G could get excited. Two questions they zeroed in on: Would doctors promote the solution? Would consumers take the probiotic every day?

The article mentions that P&G's CEO "[A.G.] Lafley expects business units to allocate up to 30% of their innovative resources to disruptive innovation." Lafley himself has a great book on innovation out this year entitled The Game-Changer, co-authored with the brilliant Ram Charan. And finally, if you haven't been keeping up with Charlie Rose lately, you're doing yourself a disservice. He had David Snick, author of The World Is Curved, on last Thursday's show (after 2008's Nobel Economics Prize recipient Paul Krugman). Other recent guests include Paul Volcker, Henry Paulson, Ace Greenberg, and, last Monday, a panel of John Doerr, Kleiner Perkins, Jeffrey Immelt, Anand Mahindra , Meg Whitman and James Wolfensohn. Good stuff. If you're trying to stay current with and understand the depth of the issues our economy is facing, stay up a little later each night and watch Charlie Rose. 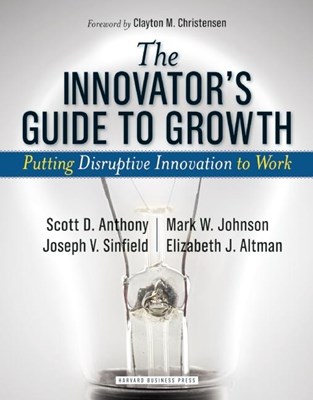 The Innovator's Guide to Growth: Putting Disruptive Innovation to Work 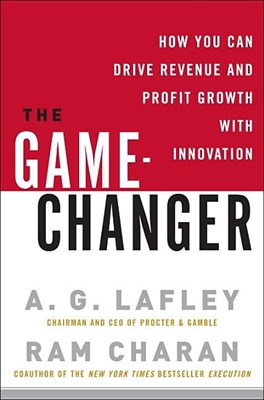 The Game-Changer: How You Can Drive Revenue and Profit Growth with Innovation 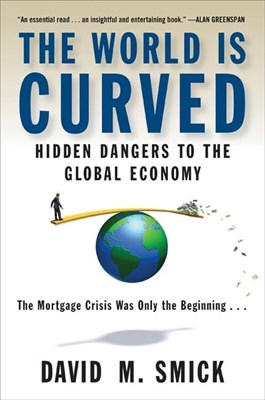 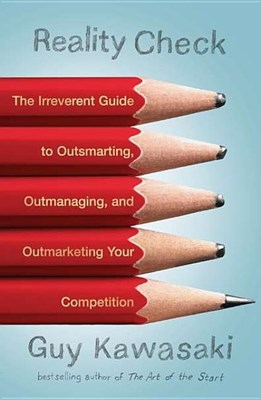 Reality Check: The Irreverent Guide to Outsmarting, Outmanaging, and Outmarketing Your Competit Ion