“Social Entrepreneurship” has become kind of a catchall word for any work that promotes social change or any startup whose work has an ancillary benefit to social good. Because the term is overused and ill-defined, however, it can be hard to spot and support the work of true social entrepreneurs.

So Roger Martin and Sally Osberg ask some pertinent questions at the beginning of their book, Getting Beyond Better. Was Mother Theresa a social entrepreneur? How about Martin Luther King, Jr.? Henry Ford? The answer is no—on all of them. They all did important work that changed the world, but to call them social entrepreneurs confuses the term and may even demean their work. The authors long ago came to the conclusion that there is a difference between the work of social service providers (like Mother Theresa, who took direct action to reduce the pain and suffering of the destitute, but didn’t work to change the underlying causes of such destitution) and social advocates (like Dr. King, who fought for transformational change and addressed the underlying causes of social ills, but required others in power to act—mostly through the enactment of new laws—to implement change) and the work of social entrepreneurs.

Social Entrepreneurs … can be contrasted with both social service providers and social advocates in that social entrepreneurs both take direct action and seek to transform the existing system. They seek to go beyond better, to bring about a transformed, stable new system that is fundamentally different than the world that preceded it.

This conclusion (which, it must be said, does not seek to diminish the world-changing work of the former pursuits, or say that social entrepreneurship is in any way superior, but simply to give clearer definition to the latter term) was put forth in a 2007 article in the Stanford Social Innovation Review entitled “Social Entrepreneurship: The Case for Definition.” It is that foundation on which their new book, Getting Beyond Better, is built.

The authors are at the forefront of the field. Sally Osberg is the CEO of the Skoll Foundation, established by the founding president of eBay, Jeff Skoll, in 1999 and now “the leading funder of social entrepreneurship in the world.” Roger Martin is also a director of the foundation, and has authored (or co-authored) many of our favorite books over the past decade, including The Opposable Mind, Playing to Win, Fixing the Game, and The Design of Business. The authors began the pursuit for a proper delineation and definition because they needed clear parameters to select social entrepreneurs for the Skoll awards program. They have written this book to build upon that definition to describe exactly how social entrepreneurship works—and how it works best.

Though it is still emerging as a field of both practice and study, the authors are quick to tell us that “The phenomenon isn’t new.” To contrast the work of Mother Theresa and Dr. King, they use the example of Andrew Carnegie, and his development of free public libraries through the Carnegie Corporation of America. Carnegie attributed a large part of his own success to the education he received through a man named Colonel James Anderson, who gave his workers (and eventually, through Carnegie’s plea in the Pittsburgh Dispatch, "local messenger boys, clerks, and other young workers") access to his own private library, letting those that would wish to take home a book keep it for up to a week before returning it. Carnegie, instead of simply opening his own library to ambitious members of his own community as Anderson had, decided to scale the model:

Carnegie felt that public libraries would help produce an informed citizenry on which democratic society—and, not coincidentally, the free enterprise system that had made him so wealthy—depend. But he didn’t just start building libraries anywhere and everywhere. Instead, he created a system that could outlive the people who built it, carefully codifying the terms for his support before providing funds to a community. … When a town met the criteria, Carnegie, and later his endowed foundation, the Carnegie Corporation of America, would partner with the community, providing a steady stream of funds to build its library.

During the thirty-six years in which Carnegie’s program operated, it funded the creation of more than twenty-five hundred libraries, almost seventeen hundred in the United States alone.

It is history like that combined with examples and lessons from those changing the paradigm today that make Getting Beyond Better both a riveting and instructive read. The authors' examples of social entrepreneurship run the gamut from Johannes Gutenberg and the invention of the printing press (bringing the power of the written word and access to information to commoners and laborers in a way Carnegie’s libraries would expand upon centuries later), to Muhammad Yunus’s Grameen Bank and the beginning of the microfinance movement that has brought the power of financial tools and access to capital to poor people. You’ll learn how Sir Ronald Cohen and Big Society Capital are changing how social entrepreneurial efforts are funded, how Nandan Nilekani went from author/entrepreneur to government bureaucrat/entrepreneur and took India from a society in which many of its own citizens were undocumented and cutoff from the benefits of citizenship, to a country that is now surpassing “Western nations in the scope and security of its identification tools.” You’ll also learn how footbinding was ended in Chinese society and female genital cutting is being abandoned in Senegal. You’ll learn how the equilibrium of value in Brazil has been changed to help stem the tide of deforestation in the Amazon. And, in all of this, you’ll learn how to add value to an existing asset, how to imagine new investment models, how to handle operating costs, and different ways to scale all of these solutions.

The common thread of all these stories is that they focus on equilibrium change—that is, changing a “corrupt, or evil, or unfair” system, even if it is stable. And in this regard, they’ve found that social advocacy has a greater connection to social entrepreneurship than they originally envisioned—because it often takes advocacy to scale equilibrium change, and sometimes requires governmental support and action. With that understanding, they’ve laid out four stages of transformation:

[S]cale is not measured by an organization’s size or budget but by the effectiveness of that organization at shifting the equilibrium it targets—by the scale of its impact.

The authors do a great job of giving due to those on whose shoulders they and others stand, and they themselves are now leading in the observation and detailing of the work being done in the field, upon which they are building a theory of social entrepreneurship just as scientists use observation of the physical world—whether it be in the cosmos, in the Large Hadron Collider, or in the evolution of man—to develop their theories of how the world works. Martin and Osberg's work is, however, social science, which could come to improve the way the world works.

We are seeing social entrepreneurship books come through our offices at an ever increasing pace. Most of these detail one effort or cause or company. Getting Beyond Better explains the whole movement for those that would participate in it, fund it, teach others about it, or just learn from it—as well as public policy makers that could promote and/or regulate it. The last of those can be tricky, because, as the authors explain, social entrepreneurship is often a middle path between government-led transformation and business-led transformation, “using whatever principles, structures, and tools they can to make the change most effectively.” And it also is a new phenomenon in many ways, though it has always existed, becasue it has “become more prominent” (in the author’s words) and emerged into a full-blown movement (in mine) over the last thirty years.

As many books out of the Harvard Business Review Press are, Getting Beyond Better is and extremely academic and instructive book, but it also filled with great stories that will help you envision larger, societal solutions and give you some of the tools to implement them. 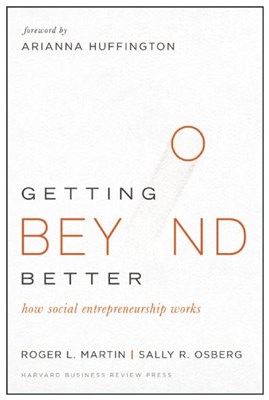 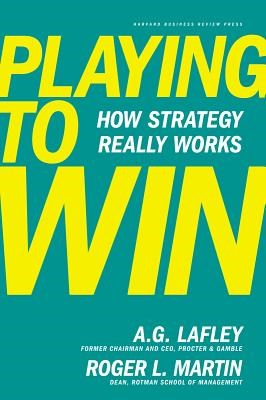 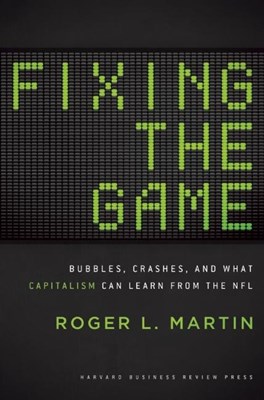 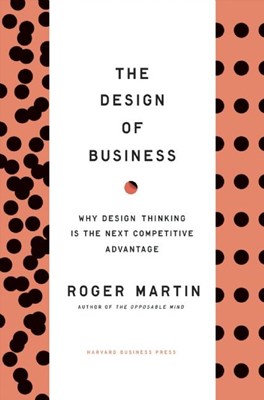 Design of Business: Why Design Thinking Is the Next Competitive Advantage