Buy-In: Saving Your Good Idea from Getting Shot Down by John P. Kotter and Lorne A. Whitehead, Harvard Business Press, 192 pages, $22. The difficulty in trying to get an entire organization to buy into a change initiative is a reality we've faced in our company many times. Faced with tough competition and technological advances, the book selling industry has been rife with changes over the past decade, and it has been a challenge to react decisively and swiftly while also getting everyone in the organization on the same page. I always recommend John Kotter's classic Leading Change to all leaders facing similar situations.

But now Kotter (with Lorne Whitehead) has come out with a new book that is really for everyone in an organization. Well, everyone with an idea. Buy-In: Saving Your Good Idea from Getting Shot Down is about creating change on a smaller level by selling your ideas to the people who matter. We have all given birth to ideas that die because of the neglect of others who delay discussion, confuse, create fear, or just flat-out question your credibility. Change only happens when an idea gets some support and some horsepower behind it, and Buy-In will give you the tools to deflect criticism, engage listeners and inspire commitment.

Featuring a fictional character and town, the first half of the book starts as one would expect: our hero has an idea (getting new computers in the town library) and is about to present this idea to a committee (which includes such town characters as Pompus Meani, Avoidus Riski, Divertus Attenti) that is not overly accepting of our hero's grand plan. Then, as with all good fables, a guru of sorts named Hank swoops in to save the day, offering advice and making strategic redirections as contrary opinions come up.

The second half of Buy-In focuses on the method that Hank used to successfully persuade such naysayers as Heidi Agenda. Kotter and Whitehead make sure to emphasize that the method is counter-intuitive, one that invites critics and cynicism, and combats them with preparation, not counterattacks. The authors list 24 attacks and responses, all "based on a strategy of being respectful and keeping your comments short, clear, and filled with common sense." To conclude the book, they include a short chapter that you can reference quickly any time you are pitching a new idea. And finally, they take some time to discuss Kotter's long-standing interest in change and how buy-in of ideas contributes to large-scale change.

Buy-In is a book that will effectively change how you present your ideas and, as a result, get the support you need to see them into fruition. 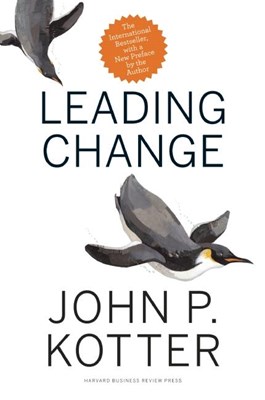