"A crisis is a terrible to waste." It's a phrase you hear often nowadays, and it's the issue at the heart of Richard Florida's new book, The Great Reset.

Richard Florida has been writing about big changes in society for a long time now. You may know him from his great works about the Creative Class, including The Rise of the Creative Class and Who's Your City—books in which he documents the demographic shift away from industrial jobs and toward creative work, and how that shift affects where and how we live. In his latest effort, he discusses the convergence of that already occurring phenomenon with the crash of the old economic system, and looks at what the Reset Economy will look like.

Part I of the book recalls the two most similar times in our economic history to today, the depressions of the 1870s and 1930s, both of which were followed by Great Resets of the economy that enabled prolonged prosperity.

In Part II of the book, the author moves from discussing past shifts into how specific cities, regions and economies are faring today, and are likely to develop as the current Reset plays out. Part III of the book discusses what the Reset economy will look like and how it will affect us.

Today's Reset will affect our society at a deeper level than did the Resets of the past. We are living through an even more powerful and fundamental economic shift, from an industrial system to an economy that is increasingly powered by knowledge, creativity, and ideas.

It is here he gets into the details of how and where the Creative Class will resettle and what the infrastructure of tomorrow's cities, indeed "megaregions," will be. It is here he discusses specifics like what kind of jobs we'll be doing, how we'll get to them and what kind of homes we'll return to. 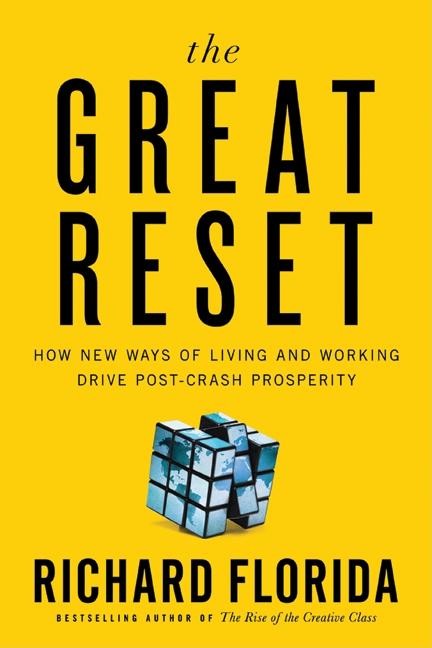 The Great Reset: How New Ways of Living and Working Drive Post-Crash Prosperity