Velocity: Combining Lean, Six Sigma, and the Theory of Constraints to Achieve Breakthrough Performance by Dee Jacob, Suzan Bergland & Jeff Cox, Free Press, 310 Pages, $26.00 Hardcover, January 2010, ISBN 9781439158920 In physics, velocity is a simple equation: speed + direction = velocity. AGI-Goldratt Institute's new book, Velocity, takes that simple equation and applies it to business: operational speed + strategic direction = immediate gains. But where to apply such a simple equation is often the problem. When seeking improvement, should an organization improve everything? Or concentrate its efforts in one direction? If not improving everything, then what does an organization choose as its focus? Velocity endeavors to answer these questions. You may be familiar with the name of the AGI-Goldratt Institute because its founder Eliyahu Goldratt is the author of the bestselling business novel from 1984, The Goal. Velocity is also a business novel, and its set up is similar to that of The Goal, which centers around a new plant manager who is tasked with improving productivity of his unit. Applying principles he learns from his "guru" (a common feature in business novels and fables), a physicist named Jonah, the plant manager learns the proper metrics for which to judge productivity and introduces Goldratt's Theory of Constraints (TOC) which is a way of looking at a process as a physical entity in order to determine the bottleneck that is slowing production. This novel adds TOC with two other well-known continuous improvement systems—Lean and Six Sigma. The authors explain: "Velocity—as a concept—is the means by which the organization orchestrates all of its resources, as well as all three improvement disciplines, and achieves both speed and direction toward its strategic goals." In the story, the main character is Amy Cieolara, a high performing head of the sales and marketing division of Hi-T, a manufacturing company that has been bought out by a larger company that prides itself on using a Lean Six Sigma (LSS) approach to their operations. In the chaos that inevitably happens as a result of this change of leadership, Amy is made interim president of Hi-T based solely on her good record, not on her experience. Through the course of the book, Amy gets a crash course in lean manufacturing and Six Sigma quality principles from Wayne Reese, the new vice president of operations, an LSS expert. Not to give away too much, but the approach works quickly once Amy gets a team in place and a strategy set, and Hi-T's "improved operations had pleased the customers, and pleasant customers had re-energized the sales force, who in turn had delivered more sales." Velocity is really about the three main continuous improvement methodologies, working together, that can be applied and sustained no matter what changes take place in a company, including staffing and leadership, or in current market conditions. The benefit of reading this information in business novel form is that readers learn the theories and problems through real world scenarios—not just academic conjecturing. By bringing real human emotions, including the fear of change and new responsibilities, to the application of LSS and TOC, Velocity inspires rather than intimidates. And when it comes to change and the demand for improvement, particularly in an economy such as ours, making improvements manageable is really the first step toward success. 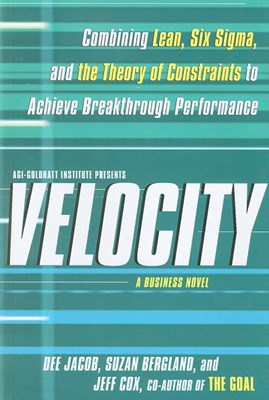 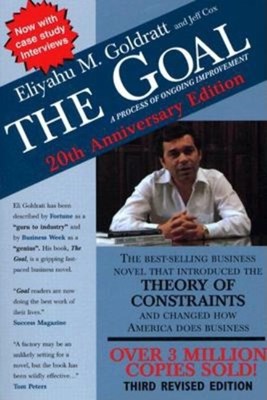 The Goal: A Process of Ongoing Improvement (Anniversary)