Each and every week, our marketing team—Dylan Schleicher (DJJS), Gabbi Cisneros (GMC), Emily Porter (EPP), and Jasmine Gonzalez (JAG)—highlights four new releases we are most excited about.

In his viral New York Times piece “How to Be Creative,” journalist and bestselling author Matt Richtel presented readers with a list of prescriptive advice on how to unleash your inner creativity through steps like paying attention to your imagination, embracing imperfection, and giving your brain some much-needed rest. Now he expands these concepts into a full-length book aiming to uncover the secrets of being more creative, and arguing for the power of creativity in all walks of life.

In Inspired, Richtel investigates the nature of creativity through interviews with prominent creatives on their craft, as well as scientists who have been working to unlock the secrets of the creative brain. Blending science and personal development, Richtel not only walks readers through how to maximize their creative potential, but also provides scientific and anecdotal evidence on how accessing creativity serves as a key to success in any field and a source of deep personal fulfillment and meaning.

The Price of Immortality: The Race to Live Forever by Peter Ward, Melville House (DJJS)

As longevity medicine revolutionizes the lives of many older people, the quest to take the next step—to live as long as we choose—has spurred a scientific arms race in search of the elixir of life, funded by Big Tech and Silicon Valley.

Once the stuff of Mesopotamian mythology and episodes of Star Trek, the effort to make humans immortal is becoming increasingly credible as the pace of technological progress quickens. It has also empowered a wild-eyed fringe of pseudo-scientists, tech visionaries, scam-artists, and religious fanatics who have given their lives over to the pursuit of immortality.

Starting off at the Church of Perpetual Life in Florida and exploring the feuding subcultures around the cryonics industry, Peter Ward immerses himself into an eccentric world of startups, scam artists, scientific institutions, and tech billionaires to deliver this deeply reported, nuanced, and sometimes very funny exploration of the race for immortality—and the potentially devastating consequences should humanity realize its ultimate dream.

From one of the preeminent cultural critics of her generation, a radiant weave of memoir, criticism, and biography that tells the story of black women in music—from the Dixie Cups to Gladys Knight to Janet Jackson, Whitney Houston, and Mariah Carey—as the foundational story of American pop.

Black women have borne a double burden of oppression in the United States from its founding—but from the bottom of the country's punishing social hierarchy they have created perhaps its greatest cultural contribution to the world: pop music. This book is a vibrant music history that tells the interconnected stories of the poets, divas, and icons whose creative work shaped our world and lives inside every one of us.

Based on her own original reporting and analysis as a long-time music critic, essayist, and editor, Smith weaves together a story that begins with Phyllis Wheatly, an enslaved woman who sang her poems and became one of the country's first literary stars, winds its way through girl groups (The Dixie Cups) and opera singers (Leontyne Price), chanteuses (Dionne Warwick) and rock-and-rollers (Tina Turner), and finally arrives at the pop goddesses who became global superstars: Diana and Janet, Mariah and Whitney, Beyoncé and Rihanna. But more than telling the fascinating stories of their life and work, Smith answers why music history has resisted their canonization. Why is pop considered a lesser form than rock or hip-hop? Why are women never recognized as creators and connecters and musical geniuses? And how have these women reflected and shaped their eras--and each of our lives?

Shine Bright is an overdue paean to these musical masters whose true stories and genius has been hidden in plain sight. Smith's vibrant, sassy, spiritual storytelling echoes the ecstasy and enthrallment of these sisters' songs.

Some of My Best Friends: Essays on Lip Service by Tajja Isen, Atria/One Signal Publishers (GMC)

In this stunning debut collection, Catapult editor-in-chief and award-winning voice actor Tajja Isen explores the absurdity of living in a world that has grown fluent in the language of social justice but doesn’t always follow through.

These nine daring essays explore the sometimes troubling and often awkward nature of that discord. Some of My Best Friends takes on the cartoon industry’s pivot away from colorblind casting, the pursuit of diverse representation in the literary world, the law’s refusal to see inequality, and the cozy fictions of nationalism. Isen deftly examines the quick, cosmetic fixes society makes to address systemic problems, and reveals the unexpected ways they can misfire. 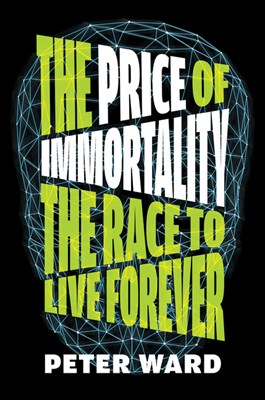 The Price of Immortality: The Race to Live Forever 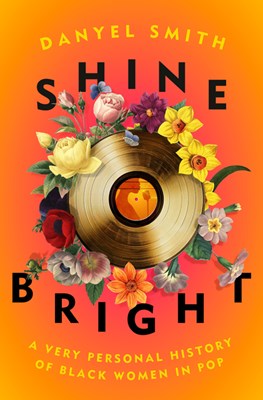 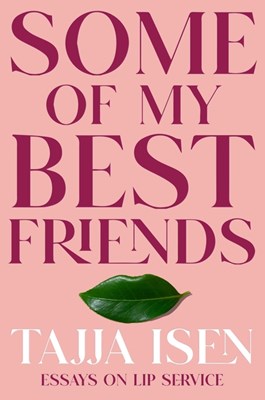 Some of My Best Friends: Essays on Lip Service