Birds and Us: A 12,000-Year History from Cave Art to Conservation by Tim Birkhead, Princeton University Press (EPP)

Since the dawn of human history, birds have stirred our imagination, inspiring and challenging our ideas about science, faith, art, and philosophy. We have worshipped birds as gods, hunted them for sustenance, adorned ourselves with their feathers, studied their wings to engineer flight, and, more recently, attempted to protect them. In Birds and Us, award-winning writer and ornithologist Tim Birkhead takes us on a dazzling epic journey through our mutual history with birds, from the ibises mummified and deified by Ancient Egyptians to the Renaissance fascination with woodpecker anatomy—and from the Victorian obsession with egg collecting to today’s fight to save endangered species and restore their habitats.

Spanning continents and millennia, Birds and Us chronicles the beginnings of a written history of birds in ancient Greece and Rome, the obsession with falconry in the Middle Ages, and the development of ornithological science. Moving to the twentieth century, the book tells the story of the emergence of birdwatching and the field study of birds, and how they triggered an extraordinary flowering of knowledge and empathy for birds, eventually leading to today’s massive worldwide interest in birds—and the realization of the urgent need to save them.

Weaving in stories from Birkhead’s life as scientist, including far-flung expeditions to wondrous Neolithic caves in Spain and the bustling guillemot colonies of the Faroe Islands, this rich and fascinating book is an unforgettable account of how birds have shaped us, and how we have shaped them.

Carlos Ghosn always wanted more. Born in the Amazon, raised by a well-off—if scandalized—family in Beirut, and educated in Paris, Ghosn rose to prominence at Michelin in the United States, Renault in France, and Nissan in Japan. Along the way he earned monikers of Le Cost Killer, for his incisive business savvy, and Mr. 7-Eleven, for the hours he devoted to his work.

Initially Ghosn thrived, becoming a poster boy for globalization and multinational corporations. Employees believed him to be among the greatest business minds of his generation, and the press hailed him a financial genius. The trouble started when Ghosn began to believe them. His power rose in tandem with an increasing certainty that he was underpaid and undervalued at his multiple posts. Executives grew unhappy with Ghosn’s talk of a merger with Renault, calling his loyalty to Nissan into question. Resentments brewed, enough so that a group of Nissan executives set out to uncover the truth about the man who many throughout Nissan and Japan perceived as a savior. Eventually, Ghosn was accused of financial misconduct and arrested for a bevy of alleged crimes—all of which he vehemently denied.

Yet even as he insisted his financial transactions were above board, Ghosn was planning an astounding escape, one that would either smuggle him out of Tokyo and back to his ancestral homeland of Lebanon; or land him in a Japanese prison for life.

Drawing from intensive investigative reporting, and including never-before-seen insider details from key players in Ghosn’s life and the investigations into him, Nick Kostov and Sean McLain piece together this fallen icon’s life and actions across the globe. Their sensational globetrotting adventure reveals the complexity of a man who watched for decades as contemporaries with far less talent amassed far greater wealth, and who took drastic measures to ensure he would finally get his due.

May Tomorrow Be Awake: On Poetry, Autism, and Our Neurodiverse Future by Chris Martin, HarperOne (GMC)

Adults often find it difficult to communicate with autistic students and try to “fix” them. But what if we found a way to help these kids use their natural gifts to convey their thoughts and feelings? What if the traditional structure of language prevents them from communicating the full depth of their experiences? What if the most effective and most immediate way for people on the spectrum to express themselves is through verse, which mirrors their sensory-rich experiences and patterned thoughts?

May Tomorrow Be Awake explores these questions and opens our eyes to a world of possibility. It is the inspiring story of one educator’s journey to understand and communicate with his students—and the profound lessons he learned. Chris Martin, an award-winning poet and celebrated educator, works with non-verbal children and adults on the spectrum, teaching them to write poetry. The results have been nothing short of staggering for both these students and their teacher. Through his student’s breathtaking poems, Martin discovered what it means to be fully human.

Martin introduces the techniques he uses in the classroom and celebrates an inspiring group of young autistic thinkers—Mark, Christophe, Zach, and Wallace—and their electric verse, which is as artistically dazzling as it is stereotype-shattering. In telling each of their stories, Martin illuminates the diverse range of autism and illustrates how each so-called “deficit” can be transformed into an asset when writing poems. Meeting these remarkable students offers new insight into disability advocacy and reaffirms the depth of our shared humanity.

Martin is a teacher and a lifelong learner, May Tomorrow Be Awake is written from a desire to teach and to learn—about the mind, about language, about human potential—and the lessons we have to share with one other.

Therapy Isn't Just For White People is a brilliant debut memoir chronicling Imani's compelling journey to understand the racial trauma experienced by many Black people in America and the underlying effect it has on Black mental health. Through therapy, Imani was introduced to the concept of racial trauma, and discovered how her own unrecognized racial trauma affected her mental health, self-image, and worldview.

Spanning more than twenty years, Imani weaves together a multigenerational family portrait of her experiences growing up in the south to her career as a young Black professional, where she was often one of the few Black people in the room. Grounded in truth and reality, in a series of insightful and deeply affecting essays on race, gender, and identity, Imani writes about career, money, religion, food, health, dating, friendships, body image and beauty, and ultimately, through therapy, her mental health and well-being.

Sincere and inspiring, soulful and uplifting, Therapy Isn't Just For White People is a timely reminder of why the telling and sharing of untold Black stories are central to understanding the pervasive race issues in America. "Hold your head high and wear your Black skin with pride," Imani writes, embarking on a journey of understanding, healing, empathy, self-love, and taking control of her personal narrative about what it means to be Black in America in the 21st century. 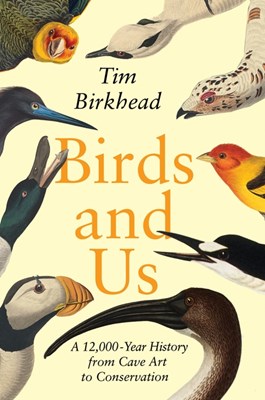 Birds and Us: A 12,000-Year History from Cave Art to Conservation 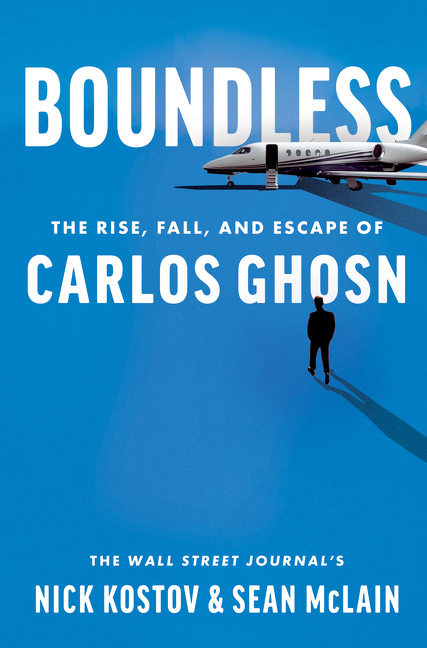 Boundless: The Rise, Fall, and Escape of Carlos Ghosn 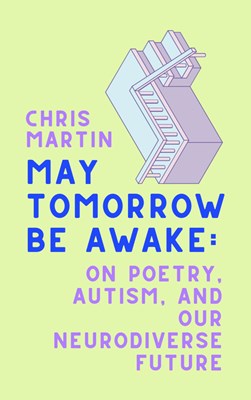 May Tomorrow Be Awake: On Poetry, Autism, and Our Neurodiverse Future 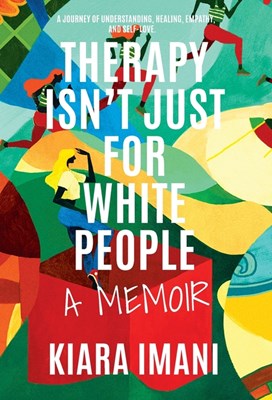