Kurt Vonnegut: The Making of a Writer by Dan Wakefield, Triangle Square (JAG)

Kurt Vonnegut, author of Slaughterhouse Five, Breakfast of Champions, Cat's Cradle, and many other brilliant novels and short stories, is one of our greatest American writers, often using science fiction, humor, and a humanist view of society, religion, politics, and human nature in his writing to show us the absurdity and the loveliness of life on earth. Born in 1922, Vonnegut's life was full of great fortune and great despair: his family was wealthy, but lost everything in the market crash of 1929; he was the youngest son in a loving family, until his mother fell into a depression and committed suicide; he joined the army in WWII with great pride for our country, but experienced instead a world of destruction and horror. These and many others were the experiences that made him a writer. But how did he channel the highs and lows of his life into great writing?

Dan Wakefield, a friend and mentee of Vonnegut's for decades and a fellow Hoosier, distills the facts including Kurt's novels, essays, interviews, letters and personal experiences, into a beautiful telling of the making of a writer. Using the second person "You," it is as though Wakefield is a friend walking through Kurt's life alongside him, a guide for readers to his extraordinary life. Here is an American life, a burgeoning artist's life to inspire anyone who has read Vonnegut's work or who themselves aspire to write.

In 1956, radical icon C. Wright Mills wrote The Power Elite, a scathing critique of elite power in the United States that has become a classic for generations of nonconformists and students of social and political inequality. With rising rates of inequality and social stratification, Mills' work is now more relevant than ever, revealing a need for a fresh examination of American elitism and the nature of centralized power.

In The New Power Elite, Heather Gautney takes up the problem of concentrated political, economic, and military power in America that Mills addressed in his original text and echoes his outrage over the injustices and ruin brought by today's elites. Drawing from years of experience at the highest levels of government and in the entertainment industry, Gautney examines the dynamics of elite power from the postwar period to today and grounds her analysis in political economy, rather than in institutional authority, as Mills did. In doing so, she covers diverse, yet interconnected centers of elite power, from the US State and military apparatus, to Wall Street and billionaires, to celebrities and mass media. Gautney also accounts for changes in global capitalism over the last forty years, arguing that neoliberalism and the centering of the market in political and social life has ushered in ever more extreme forms of violence and exploitation, and a drift toward authoritarianism.

A contemporary companion to Mills' work through a fresh critique of elites for the new millennium, The New Power Elite offers a comprehensive look at the structure of American power and its tethers around the world.

Abram and his wife Alisa have their share of marital problems, but they also have a comfortable life in South Africa with their two young girls. But then the Act is passed. Alisa is black, and their two children are now evidence of their involvement in a union that has been criminalized by the state.

At first, Alisa and Abram question how they’ll be affected by the Act, but then officials start asking questions at the girls’ school, and their estate is catalogued for potential disbursement. Abram is at a loss as to how to protect his young family from the grinding machinery of the law, whose worst discriminations have until now been kept at bay by the family’s economic privilege. And with this, his hesitation, the couple’s bond is tattered.

Alisa, who is Jamaican and the descendant of slaves, was adopted by a wealthy white British couple, who raised her as their child. But as she grew older and realized that the prejudices of British society made no allowance for her, she journeyed to South Africa where she met Abram. In the aftermath of the Immorality Act, she comes to a heartbreaking conclusion based on her past and collective history – and she commits her own devastating act, one that will reverberate through their entire family’s lives.

Intertwining her storytelling with ritual, myth, and the heart-wrenching question of who stays and who leaves, Scatterlings marks the debut of a gifted storyteller who has become a sensation in her native South Africa—and promises to take the Western literary world by storm as well.

In 1959, what appeared to be the bones of a mastodon were found in a western New York pasture. When researchers began to investigate further in the early 1980s, the site proved to hold far more. Known as the Hiscock Site, it contained an astonishingly rich trove of fossils and artifacts dating from the late Ice Age through the onset of European settlement. For nearly three decades, work at the site—the “Byron Dig”—unearthed new evidence of changing fauna, flora, cultures, and environments over the past 13,000 years.

In Two Acres of Time, Richard S. Laub—the principal investigator of the project—tells the story of the Byron Dig. Recounting twenty-nine years of intensive excavation involving more than a thousand participants, he provides a comprehensive account of a working paleontological and archaeological field project and its contributions to our knowledge of the past. Laub explores how understanding of the site evolved through the years, the surprises that came to light along the way, and how contributions from numerous researchers helped achieve a fuller picture of the significance of the findings. The book also shows how people from all walks of life—not only scientists but also volunteers and local small-town residents—worked together to unearth and interpret the site’s contents and to preserve them for future generations. This extensively illustrated book connects life at a scientific excavation project to the grand sweep of long-ago epochs, and is a compelling read and resource for researchers and general readers alike. 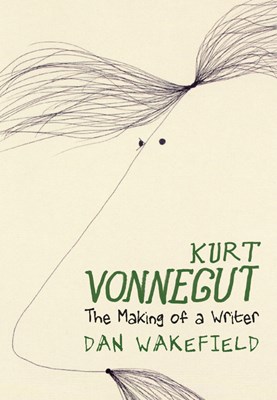 Kurt Vonnegut: The Making of a Writer 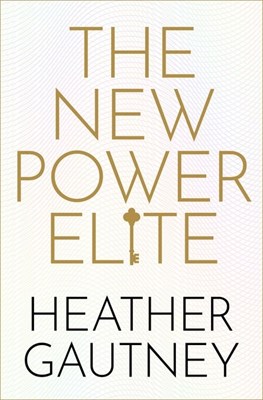 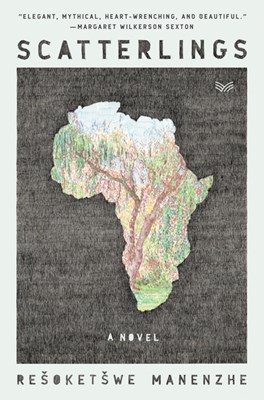 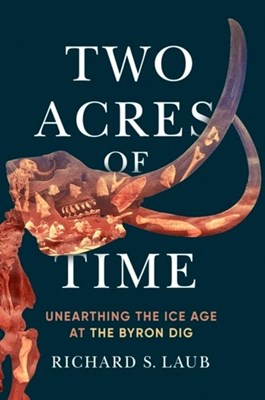 Two Acres of Time: Unearthing the Ice Age at the Byron Dig