As Deep as It Gets: Movies and Metaphysics by Randall E. Auxier, Open Universe (EPP)

As Deep as It Gets: Movies and Metaphysics is a witty and light-hearted introduction to philosophy through a deep study of some well-known movies and TV shows: Pulp Fiction, South Park, The Princess Bride, The Wizard of Oz, Super 8, The Twilight Zone, House of Cards, Inception, Monty Python’s Life of Brian, His Dark Materials, Sergio Leone’s westerns, and Alfred Hitchcock’s Lifeboat.

All the major branches of philosophy are covered, including aesthetics, political philosophy, metaphysics, and the theory of knowledge. The author’s approach is “Continental,” with some American idealism and process philosophy in support. The emphasis is on the primacy of time as a key to interpreting human experience. In that regard, existentialism, phenomenology, and process philosophy are better guides to thinking about time than the more popular approaches that depend on language analysis.

Professor Auxier says: “Philosophizing involves telling stories about life that are art, and making up stories that aren’t life but provide a contrast to it. I want readers to add to what I see, and to take up interpretations contrary to mine. A healthy discussion is good for everybody.”

How to Read Now: Essays by Elaine Castillo, Viking (GMC)

How many times have we heard that reading builds empathy? That we can travel through books? How often have we heard about the importance of diversifying our bookshelves? Or claimed that books saved our lives? These familiar words—beautiful, aspirational—are sometimes even true. But award-winning novelist Elaine Castillo has more ambitious hopes for our reading culture, and in this collection of linked essays, “she moves to wrest reading away from the cotton-candy aspirations of uniting people in empathetic harmony and reposition it as thornier, ultimately more rewarding work.” (Vulture)

How to Read Now explores the politics and ethics of reading, and insists that we are capable of something better: a more engaged relationship not just with our fiction and our art, but with our buried and entangled histories. Smart, funny, galvanizing, and sometimes profane, Castillo attacks the stale questions and less-than-critical proclamations that masquerade as vital discussion: reimagining the cartography of the classics, building a moral case against the settler colonialism of lauded writers like Joan Didion, taking aim at Nobel Prize winners and toppling indie filmmakers, and celebrating glorious moments in everything from popular TV like The Watchmen to the films of Wong Kar-wai and the work of contemporary poets like Tommy Pico.

At once a deeply personal and searching history of one woman’s reading life, and a wide-ranging and urgent intervention into our globalized conversations about why reading matters today, How to Read Now empowers us to embrace a more complicated, embodied form of reading, inviting us to acknowledge complicated truths, ignite surprising connections, imagine a more daring solidarity, and create space for a riskier intimacy—within ourselves, and with each other.

After the end of World War II, the race for technological supremacy sped on. Top-secret research into ballistics and computing, begun during the war to aid those on the front lines, continued across the United States as engineers and programmers rushed to complete their confidential assignments. Among them were six pioneering women, tasked with figuring out how to program the world's first general-purpose, programmable, all-electronic computer--better known as the ENIAC— even though there were no instruction codes or programming languages in existence. While most students of computer history are aware of this innovative machine, the great contributions of the women who programmed it were never told -- until now.

Over the course of a decade, Kathy Kleiman met with four of the original six ENIAC Programmers and recorded extensive interviews with the women about their work. Proving Ground restores these women to their rightful place as technological revolutionaries. As the tech world continues to struggle with gender imbalance and its far-reaching consequences, the story of the ENIAC Programmers' groundbreaking work is more urgently necessary than ever before, and Proving Ground is the celebration they deserve.

Having a "good" sense of humor generally means being able to take a joke without getting offended—laughing even at a taboo thought or at another's expense. The insinuation is that laughter eases social tension and creates solidarity in an overly politicized social world. But do the stakes change when the jokes are racist? In The Souls of White Jokes Raúl Pérez argues that we must genuinely confront this unsettling question in order to fully understand the persistence of anti-black racism and white supremacy in American society today.

W.E.B. Du Bois's prescient essay "The Souls of White Folk" was one of the first to theorize whiteness as a social and political construct based on a feeling of superiority over racialized others—a kind of racial contempt. Pérez extends this theory to the study of humor, connecting theories of racial formation to parallel ideas about humor stemming from laughter at another's misfortune. Critically synthesizing scholarship on race, humor, and emotions, he uncovers a key function of humor as a tool for producing racial alienation, dehumanization, exclusion, and even violence. Pérez tracks this use of humor from blackface minstrelsy to contemporary contexts, including police culture, politics, and far-right extremists. Rather than being harmless fun, this humor plays a central role in reinforcing and mobilizing racist ideology and power under the guise of amusement.

The Souls of White Jokes exposes this malicious side of humor, while also revealing a new facet of racism today. Though it can be comforting to imagine racism as coming from racial hatred and anger, the terrifying reality is that it is tied up in seemingly benign, even joyful, everyday interactions as well— and for racism to be eradicated we must face this truth. 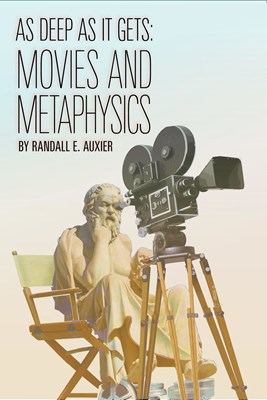 As Deep as It Gets: Movies and Metaphysics 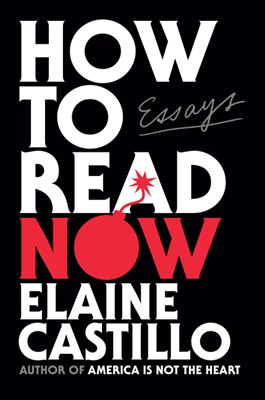 How to Read Now: Essays 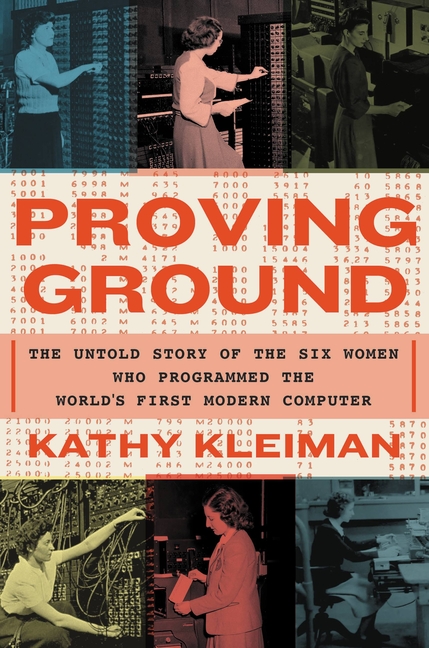 Proving Ground: The Untold Story of the Six Women Who Programmed the World's First Modern Computer 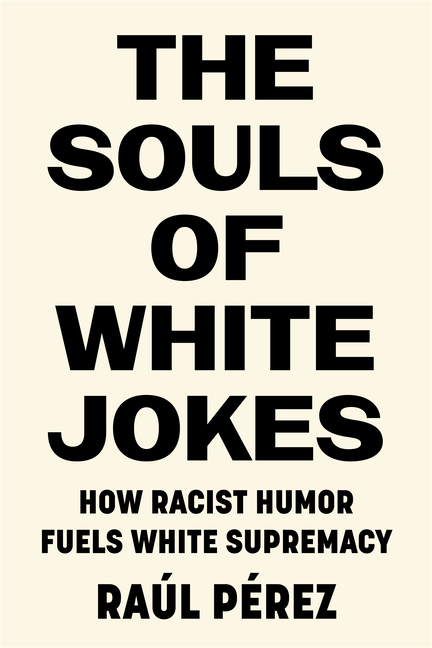