This memoir of living off the land in Washington's Skagit Valley offers an exploration of sustainable agriculture in the modern world.

From midwifing new lambs to harvesting basil, Jessica Gigot invites the reader into her life on a small farm and the uncommon road that led her there. Fascinated by farming and the burgeoning local food movement, she spent her twenties wandering the Pacific Northwest, interning at small farms and doing graduate work in horticulture, always with an eye towards learning as much as she could about how and why people farm. Despite numerous setbacks and the many challenges of farming, she created a family and farm life defined by resilience and a genuine love of the land.

In A Little Bit of Land, Gigot explores the intricacies of small-scale agriculture in the Pacific Northwest and the changing role of women in this male-dominated industry. Gigot alternates between chapters describing joys, routines, and challenges of farm life and chapters reflecting on her formative experiences in agriculture, on farms and in classrooms from Ashland to the Skagit Valley. Throughout, she explores questions of sustainability, economics, health, and food systems.

Curious about something? Google it. Look at it. Ask a question. But is curiosity simply information seeking? According to this exhilarating, genre-bending book, what’s left out of the conventional understanding of curiosity are the wandering tracks, the weaving concepts, the knitting of ideas, and the thatching of knowledge systems—the networks, the relations between ideas and between people. Curiosity, say Perry Zurn and Dani Bassett, is a practice of connection: it connects ideas into networks of knowledge, and it connects knowers themselves, both to the knowledge they seek and to each other.

Zurn and Bassett—identical twins who write that their book “represents the thought of one mind and two bodies”—harness their respective expertise in the humanities and the sciences to get irrepressibly curious about curiosity. Traipsing across literatures of antiquity and medieval science, Victorian poetry and nature essays, as well as work by writers from a variety of marginalized communities, they trace a multitudinous curiosity. They identify three styles of curiosity—the busybody, who collects stories, creating loose knowledge networks; the hunter, who hunts down secrets or discoveries, creating tight networks; and the dancer, who takes leaps of creative imagination, creating loopy ones. Investigating what happens in a curious brain, they offer an accessible account of the network neuroscience of curiosity. And they sketch out a new kind of curiosity-centric and inclusive education that embraces everyone’s curiosity. The book performs the very curiosity that it describes, inviting readers to participate—to be curious with the book and not simply about it.

Gentrification Is Inevitable and Other Lies by Leslie Kern, Verso Books (GMC)

What does gentrification look like? Can we even agree that it is a process that replaces one community with another? It is a question of class? Or of economic opportunity? Who does it affect the most? Is there any way to combat it?  Leslie Kern, author of the best selling Feminist City, travels from Toronto, New York, London, Paris and San Francisco and scrutinizes the myth and lies that surround this most urgent urban crisis of our times.

First observed in 1950s London, and theorized by leading thinkers such as Ruth Glass, Jane Jacobs and Sharon Zukin, this devastating process of displacement now can be found in every city and most neighborhoods. Beyond the Yoga studio, farmer's market and tattoo parlor, gentrification is more than a metaphor, but impacts the most vulnerable communities.

Kern proposes an intersectional way at looking at the crisis that seek to reveal the violence based on class, race, gender and sexuality. She argues that gentrification is not natural. That it can not be understood in economics terms, or by class. That it is not a question of taste. That it can only be measured only by the physical displacement of certain people.

Rather, she argues, it is an continuation of the setter colonial project that removed natives from their land. And it can be seen today is rising rents and evictions, transformed retail areas, increased policing and broken communities.

But if gentrification is not inevitable, what can we do to stop the tide? In response, Kern proposes a genuinely decolonial, feminist, queer, anti-gentrification. One that demands the right to the city for everyone and the return of land and reparations for those who have been displaced.

Five mysterious billionaires summoned theorist Douglas Rushkoff to a desert resort for a private talk. The topic? How to survive the “Event”: the societal catastrophe they know is coming. Rushkoff came to understand that these men were under the influence of The Mindset, a Silicon Valley–style certainty that they and their cohort can break the laws of physics, economics, and morality to escape a disaster of their own making—as long as they have enough money and the right technology.

In Survival of the Richest, Rushkoff traces the origins of The Mindset in science and technology through its current expression in missions to Mars, island bunkers, AI futurism, and the metaverse. In a dozen urgent, electrifying chapters, he confronts tech utopianism, the datafication of all human interaction, and the exploitation of that data by corporations. Through fascinating characters—master programmers who want to remake the world from scratch as if redesigning a video game and bankers who return from Burning Man convinced that incentivized capitalism is the solution to environmental disasters—Rushkoff explains why those with the most power to change our current trajectory have no interest in doing so. And he shows how recent forms of anti-mainstream rebellion—QAnon, for example, or meme stocks—reinforce the same destructive order.

This mind-blowing work of social analysis shows us how to transcend the landscape The Mindset created—a world alive with algorithms and intelligences actively rewarding our most selfish tendencies—and rediscover community, mutual aid, and human interdependency. In a thundering conclusion, Survival of the Richest argues that the only way to survive the coming catastrophe is to ensure it doesn’t happen in the first place. 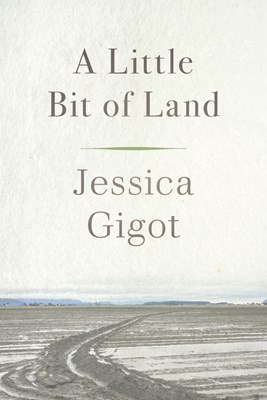 A Little Bit of Land

Curious Minds: The Power of Connection 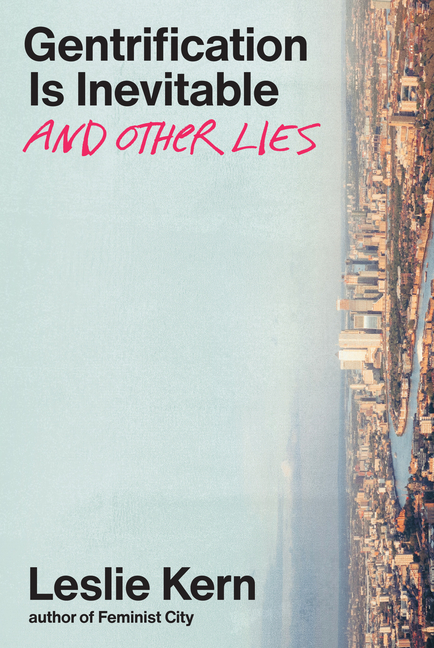 Gentrification Is Inevitable and Other Lies

Survival of the Richest: Escape Fantasies of the Tech Billionaires