We're back from our Books to Watch holiday break!

It's the first week of new books for the year and the decade, so read on to find out the five books our marketing team members—Marketing Director Blyth Meier (BRM), Digital Marketing Specialist Gabbi Cisneros (GMC), and Editorial Director Dylan Schleicher (DJJS)—are most excited about.

Animalkind: Remarkable Discoveries about Animals and the Remarkable Ways We Can Be Kind to Them by Ingrid Newkirk & Gene Stone, Simon & Schuster

Along with You're Not Listening by Kate Murphy, another book published this week that emphasizes empathy is Animalkind: Remarkable Discoveries about Animals and the Remarkable Ways We Can Be Kind to Them. It’s for dog-lovers, cat-lovers, and even… ant-lovers? And beyond! Authors Ingrid Newkirk and Gene Stone celebrate humans’ relationships with animals of all types and further informs us “how we can conduct our lives happily and efficiently without having to exploit animals.” The authors assert that there is more to an animal than its perceived intelligence, because it is so difficult to compare the abilities of so many different species. This book reaches beyond pets who can fetch toys by name; It investigates a good variety of the small amount of discovered species on the planet, revealing a vivid world that humans are very lucky to share. (GMC)

Average is the New Awesome: A Manifesto for the Rest of Us by Samantha Matt, Seal Press

We live in a culture of ambition, an epidemic of narcissistic striving to be exceptional, to be that important special someone our entitlement culture and our participation trophies—even many of our business books—have always ensured us we already are. Although I agree with Todd Rose’s assessment in The End of Average that the very idea of “average” is fraught, most of us are average in the sense that we are not bound to be especially exceptional. But, here’s the thing:

Samantha Matt helps us embrace that reality, and to live a meaningful, fulfilled life in it. She helps us realize that it’s okay, and perhaps inevitable, if you find something you simply like doing for a living—rather than finding a calling, or work you absolutely love and lose yourself in. It’s perfectly acceptable to have a regular job, one that (even barely) pays the bills. It’s fine to have a functioning relationship, and an average social life. And It’s okay to be happy with all of that, to have ordinary, run-of-the-mill interests, and to be proud of ordinary, everyday, or even ordinary once-in-a-life accomplishments. Everyone’s average may be different, and we should all try our damndest to live out our dreams, but a truly great life may be predicated on the ordinary, everyday awesomeness of discovering what is “good enough” and not settling for anything less. It may be necessary to escape the siren of social media for a minute to discover what that looks like in real life. (DJJS)

A Collective Bargain: Unions, Organizing, and the Fight for Democracy by Jane McAlevey, Ecco

Before we all felt the need to be exceptional individuals fulfilling our own unique destiny, to stand out and be better than those around us, we banded together in solidarity to change the power structures we work within. It was, after all, not the benevolence of the ruling class or billionaires, nor the farsightedness of company leaders, that fought for and formed the social contract that built the foundation for what is now a fading American Dream. In all of this…

It’s workers, through their unions, who played the leadership role.

America’s factories, before they began being shipped offshore, were 56 percent unionized. But globalization and automation, two structural forces that have been pitched not only as inevitable, but as economic imperatives, have taken their toll on the American worker—the former chasing cheap labor, the latter eliminating the need for workers altogether. Before our individual entitlement became so pronounced, workers fought for and won fair pay, safer working conditions, and the eight hour workday, and they continue to pay into the social safety net of Social Security, Medicare, and Medicaid—now described in an Orwellian twist as “entitlements” as if they weren’t fought for and currently paid into by working Americans. As a union organizer, McAlevey has a dog in this fight. But these are not abstract concerns, especially to those of us here in the formerly industrial Midwest. Amy Goldstein’s Janesville documents well what happens to cities here when a unionized factory closes and the social contract that governed its way of life for generations suddenly ends. In an attempt to bring jobs back, our previous governor gave away over $4 billion in public subsidies to Foxconn, a Taiwanese multinational previously most notable to the American public for the installation of suicide nets on their factories in China to keep their workers from jumping to their deaths. Perhaps it's a blessing the jobs they promised have so far not materialized.

McAlevey does a great job uncovering for the readers who undermined unions, and how workers can reverse the tide (and have been) to win back the rights workers once fought for. Unions are not perfect institutions, and must themselves be held accountable, but they have been necessary, historically, to the balance of political and economic power that is once again greatly skewed in an era of economic inequality unseen since the Gilded Age. Dismantling unions has, in large part, dismantled the society they helped create. Not only can unions help workers rebalance the political and real economy, they are “the best political education because they unite all kinds of different people, encouraging and enabling people to get beyond the self-segregation and prejudices people hold about one another.” (DJJS)

The Values Compass: What 101 Countries Teach Us About Purpose, Life, and Leadership by Mandeep Rai, Simon & Schuster

I’ve never encountered a book quite like The Values Compass. By focusing on the values that predominate in different countries across the world, it might seem at first as if it might not have any strong values of its own. But that is a concern that is quickly resolved as you follow in Mandeep Rai’s footsteps to 101 countries across the world, seeing through her eyes what she has seen as a reporter for the BBC World Service. From the conformity that underpins the equality of Denmark, to the protest that supports the free spirit of France, you’ll be surprised by the similarities that come out of our differences, and the way in which places remain rooted in the same values even as they change.

Writing of the adaptability of Luxembourg, a traditional constitutional monarchy at a cultural crossroads that has relied on recent immigrants to bolster its population, she states that:

Getting ready for the future does not mean we have to forget about what defined us in the past. It is about evolving, growing, and learning—and knowing who we are and having the strength to be open to change.

Given that there are 101 countries stuffed into Rai’s 368 pages, the values may sometimes seem simplified in passing, but taken as a whole they make for a catalog of the values that animate humanity. (She is also careful to note that these single values in no way suggest “the tapestry of people, communities, and cultures that make up a nation state is homogenous.”) Sometimes those values are exemplified by the government, sometimes in citizens’ opposition to their government and the push for progress in spite of their rulers. There is often a dark side (or history tied to) to these values that Rai doesn’t always delve too deeply into, but can be read between the lines or in the wider context. Out of it all emerges a list of values, some that will resonate with you and many that will not, which is part of what makes this book so useful. It is built as an exercise in identifying what values are really important and foundational to you, to your business, to your family and community. The book is meant to be used as a tool to reflect on those values, to find them anew, to return to them and see how they evolve as your life and circumstances evolve, as the nations and societies Rai describes evolve. It is a compass built from the nations of the world, and the world within you, and it will help you navigate both. (DJJS)

You're Not Listening: What You're Missing and Why It Matters by Kate Murphy, Celadon

Kate Murphy carried out a five continent survey with the question “Who listens to you?” and she authored this book based on the sad but unsurprising finding that people are, generally, very bad listeners. As a New York Times contributor, Murphy has many years of journalistic practice that have honed her listening skills, but You’re Not Listening proves to us that anyone can become a good listener, and beyond that, a good interpreter of body language, tone, and context. She expertly handles the topic with a touch of humor and an accessible format: explaining the science behind listening as well as providing examples of real-world great listeners like bartenders, radio producers, and salesman. Rather than pointing fingers at everyone else for not listening to us, You’re Not Listening reminds us that we must listen well in order to be listened to. And this skill affects more than the domestic bickering we see on TV (or in our own homes). “[M]ore broadly, our collective listening, or the lack thereof, profoundly affects us politically, societally, and culturally.” Enhancing our listening skills can break down social barriers, inspire empathy, alleviate isolation and loneliness, and improve relationships of every kind, all of which are necessary changes in a world where “social media” tricks us into thinking we’re being social. And I know about that pretty well as the main social media marketer over here at Porchlight! (GMC) 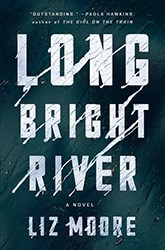 “ I am currently reading Long Bright River by Liz Moore, also published today! An incredible novel about an officer and her sister, an addict, who has gone missing during a serial killers spree. If you have seen The Killing this is a book you will love. Opens up about the opioid crisis and how it affects those who are suffering personally or through a loved one. Really well written and weaves the present with the past beautifully. " —Emily Porter, Customer Service Specialist 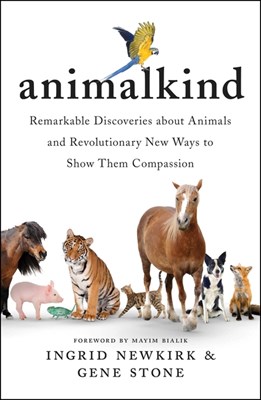 Animalkind: Remarkable Discoveries about Animals and Revolutionary New Ways to Show Them Compassion 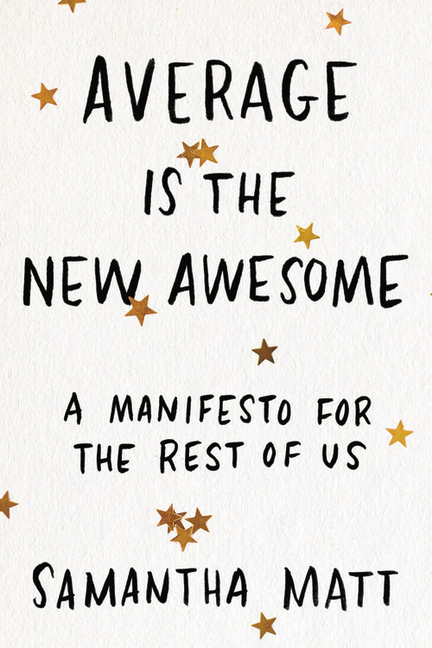 Average Is the New Awesome: A Manifesto for the Rest of Us

A Collective Bargain: Unions, Organizing, and the Fight for Democracy 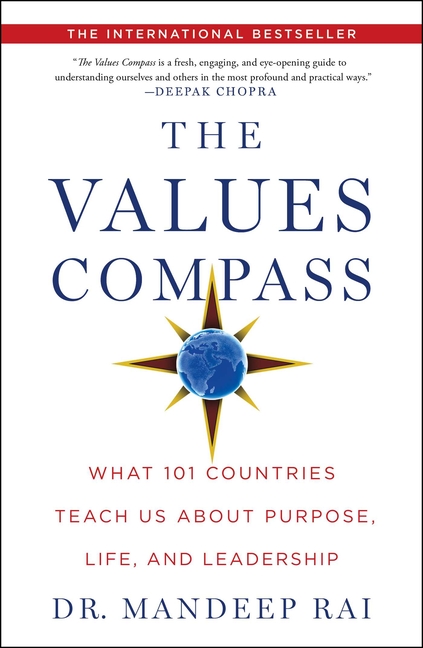 The Values Compass: What 101 Countries Teach Us about Purpose, Life, and Leadership 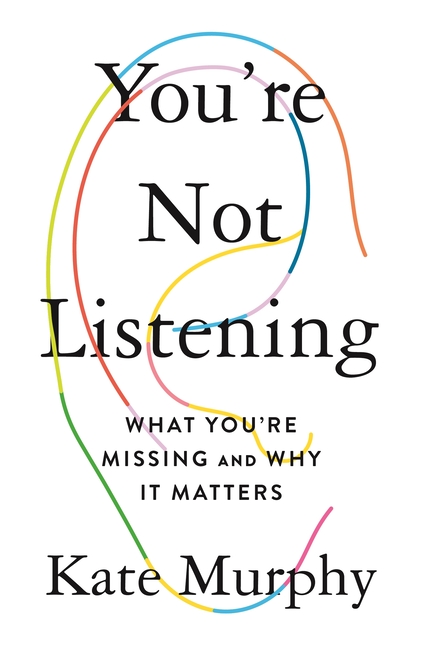 You're Not Listening: What You're Missing and Why It Matters 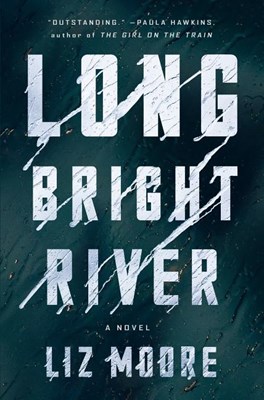