Big Friendship: How We Keep Each Other Close by Aminatou Sow & Ann Friedman, Simon & Schuster

Relationships nowadays are noticeably tense to say the least: The relationships among races, classes, or careers in our communities as much as the relationships among roommates or romantic partners. All of our relationships are more fraught than usual under the strain of quarantine, COVID-19, police brutality, and all the economic and societal distresses associated with those. And rather than escaping from the reality of this difficult situation, Big Friendship offers a realistic perspective on relationships.

Authors Aminatou Sow and Ann Friedman wrote every sentence of this book together, a very difficult task but one that yields a story with a lot of heart and a lot of hard lessons, because:

[...] as much as we love talking about the joy our friends bring to our lives, we noticed a lack of deep conversations about the way this relationship can both enrich and challenge the people in it. We wanted to highlight the fact that it's not only marriage and family relationships that offer core support and also have periods of difficulty—most long-running friendships do, too.

Big Friendship introduces the two authors in the midst of a friendship rut, though social media posts try to convince people otherwise. The two retreat to a spa weekend in Northern California as an attempt to save their friendship. Considering they run a podcast together called "Call Your Girlfriend" about maintaining long-distance friendships, it's nice to know that ten years into their friendship "we are still figuring out how to stay centered in each other's lives. We are still searching for the right words." Reading this book will make you rethink how to cultivate your own relationships and not just rely on the roots of each one. And it may also inspire you to write a book with one of your own friends, which actually sounds like a pretty doable socially-distanced activity to do together anyway. (GMC)

Besides listening to their podcast, Sow and Friedman’s interview with Entertainment Weekly gives you a good idea about the many moving parts involved in adult friendships that they wanted to explore in their book.

The Infinite Machine: How an Army of Crypto-hackers Is Building the Next Internet with Ethereum by Camila Russo, Harper Business

Having seen the utopian dreams of the internet—a world of greater entrepreneurship, equality, and personal empowerment—devolve into monopolization, homogenization, and disinformation, I have been skeptical of similar claims around the rise of blockchain and cryptocurrencies. But, like the internet, they are here to stay. And the ambitions of those behind the second largest cryptocurrency, Ethereum, are much larger than making money, or even making a new form of money. As Camila Russo writes in her new book:

The Infinite Machine reads like a novel, which is as the author intended it. It begins and ends in Waterloo, Canada, which is fitting, because it ends in a kind of defeat (in the 2018 cryptocurrency crash), but one that holds seeds of promise for a transformative change. Like the original Waterloo, what took place could prove to be a turning point, a shift in the balance of power and, in Russo’s words, “an alternative to the way the world works right now.” Having lived through runaway inflation as the Argentine government was deliberately depreciating the value of their currency and disallowing residents from exchanging it for foreign currencies, Russo understands why this could be so hopeful and revolutionary for so many. Time will tell, and I do remain (slightly less) skeptical, but the book is both educational on the topic and extremely entertaining. So whether you’re looking for an education on cryptocurrency, or just a great story, you won’t be disappointed. (DJJS)

Russo was recently interviewed on the podcast Hidden Forces about “The Rise of Ethereum, the Future of DeFi, & the Transformation of Crypto Media.”

Of all the places I have never visited but long to, Paris is perhaps the one I dream of the most often. Long ago, I fell in love with the cinema of France, and ever since I have been secretly convincing myself that I can indeed speak the language after watching hours upon hours of subtitled films. “Learn French” might go to the top of my pandemic to-do list after immersing myself in La Buvette, the new cookbook from chef and owner Camille Fourmont and award-winning cookbook author Kate Leahy (read my review of her last book Lavash here). This book is overflowing with so much that I miss: the unknown adventures of travel, the comfort of ordering your favorite dish at a neighborhood restaurant, the simple joy of sitting so close to your friend that you can put your head on their shoulder and eat off each other’s plates. Thankfully, it is also a gift of simplicity in the kitchen. Fourmont’s dishes are perfect for our era, when time moves both fast and slow, when we all have too much on our plates to get anything on the plate. Her teeny tiny Parisian bar is technically a cave à manger, which is a French wine shop “in which customers can stay and drink as long as they order something to eat.” With no real kitchen, her food is simple and more like assemblies than recipes, with a focus on the highest quality ingredients she has sourced around the city. If you can nab a table, you’ll sip a highly curated selection of natural wines while you nibble on Burrata and Mandarin Peel Dust or her “Famous” Giant Beans and Citrus Zest. The book extends beyond the bar menu to some of her home favorites (read: where she has a stove) including: Tomato, Oregano, and Berry Salad; Anchovy, Egg Yolk, and Hazelnut Pasta; Fig and Sage Jam; and a sunshiny Lemon Meringue Tart. But what’s wonderful about this book—and what I needed most desperately when I opened it—is the chance to enter a world far from mine, to snoop in a French pantry and learn another chef’s secrets. After reading her description of the difference between European and American butter, I have begun to follow her lead and sprinkle some flaky salt on top of my buttered bread. My life may never be the same—which is what I love most about travel, real or imaginary. (BRM)

Let’s all enjoy this adorable video tour of La Buvette and listen to a playlist from Fourmont as we imagine ourselves in Paris.

Promised Land: How the Rise of the Middle Class Transformed America, 1929-1968 by David Stebenne, Scribner

We are a young country historically speaking, but one that is already yearning for the seemingly simple, halcyon days of our recent past. We mourn the deterioration of the middle class, and the manufacturing jobs that supported the single-income households of yesteryear, but the “strong middle class” that defined the mid-20th century was a relatively recent development, built with deliberate government policy, and one’s experience in the years it thrived was largely defined by what group you belonged to and what region of the country you lived in.

David Stebenne, in his new book, Promised Land, reveals just how complicated and troubled that past actually is, and the enormous effort and investment it took to build. One of the problematic aspects was how:

Middle-class dominance in the mid-twentieth century meant male dominance, in the workplace and the public sphere, to an extent that seems positively shocking to subsequent generations.

Stebenne defines three distinct population groups, and three distinct geographic regions, that defined the era, and the effects of the New Deal, the Second World War, and the Great Society on each. It is a drastically different story based on perspective and experience, and though the era ended in 1968, the echoes of it still shape the debates and events of today. It was, in some ways, a great social achievement, and in others an abysmal failure with inherent inequalities that ultimately undermined it. (DJJS)

You can find an extended excerpt from the book about Herbert Hoover’s dream of a middle class—and his failure to make progress toward it in the Depression years that led up FDR’s election and the New Deal—on the book’s product page at Simon & Schuster.

Survival of the Friendliest: Understanding Our Origins and Rediscovering Our Common Humanity by Brian Hare & Vanessa Woods, Random House

The importance of having friends for your mental and emotional health is not a new concept, but for some reason, friendliness and cooperation is not something I ever tried to earn an A in. American culture encourages competition with others and with oneself. This can be a helpful mindset to have when it helps us read more books or run a faster mile, but it's unhelpful for the health of our society to continue neglecting to acknowledge that many people are born into certain circumstances that hinder or even impede their progress towards the same goals as their neighbors.

Authors Brian Hare and Vanessa Woods provide a clear example in which desegregation is not enough to foster equality. They describe a classroom in 1971 in which a student who spoke English as a second language was isolated both by his classmates who bullied him for his speech and by his teacher who stopped calling on him to avoid putting him on the spot.

The teacher then introduces the "jigsaw" method of teaching, in which groups of children learn one section of a larger lesson and then present it, so that they’re each dependent on each other to learn one lesson in full.

After only six weeks, [Psychologist Elliot] Aronson found that both the white and minority children liked the members of their jigsaw group, regardless of their race, more than they liked the other children in their classrooms. They liked school better, and their self-esteem improved. Jigsaw children academically outperformed children in competitive classrooms and minority children showed the biggest improvements of all. Jigsaw children empathized with others more easily.

The positive impacts of cooperation extend beyond the classroom and into the animal kingdom. You'll quickly learn that Darwin's "survival of the fittest" theory is horribly misunderstood in our society, and Darwin himself wrote about the power of communities with "the most sympathetic members." Rather than standing alone, we must learn to stand together with our friends and with our enemies, and Survival of the Friendliest humbly, hopefully, and scientifically explains why belonging can and should be nurtured in all of our communities. (GMC)

Hare was interviewed on 60 Minutes with Anderson Cooper in 2014 after he and Woods wrote the New York Times bestseller The Genius of Dogs. 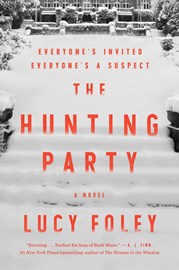 "I just finished The Hunting Party by Lucy Foley. Any fan of Agatha Christie will appreciate how her work has influenced Foley. The Hunting Party is crafted in the vein of And Then There Were None — a group of friends long-since graduated from Oxford take their annual New Year’s Eve getaway to a remote lodge in Scotland where deer stalking is an offered activity. One of the guests dies and the suspects are limited to the guests, the three employees of the lodge, two unexpected travelers, and the illegal poachers who purportedly menace the property."—Sally Haldorson, Managing Director 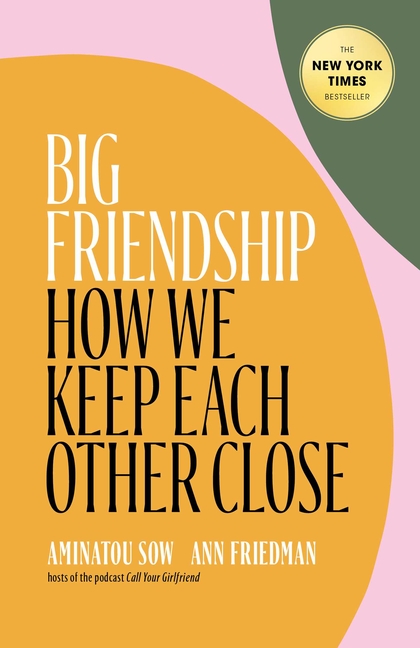 Big Friendship: How We Keep Each Other Close 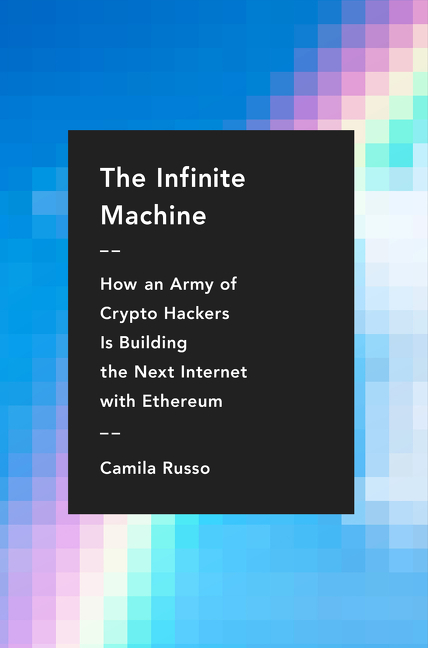 The Infinite Machine: How an Army of Crypto-Hackers Is Building the Next Internet with Ethereum 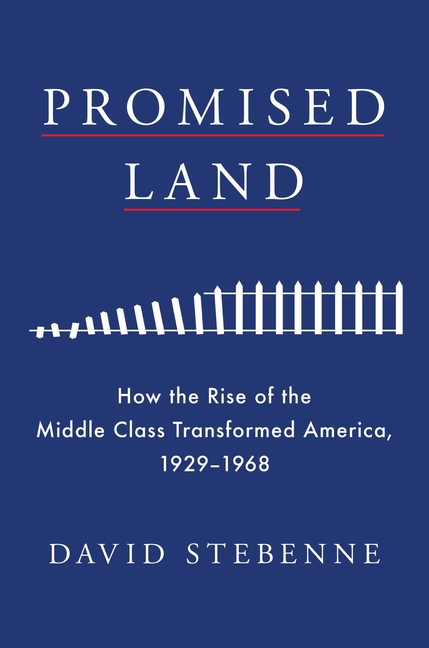 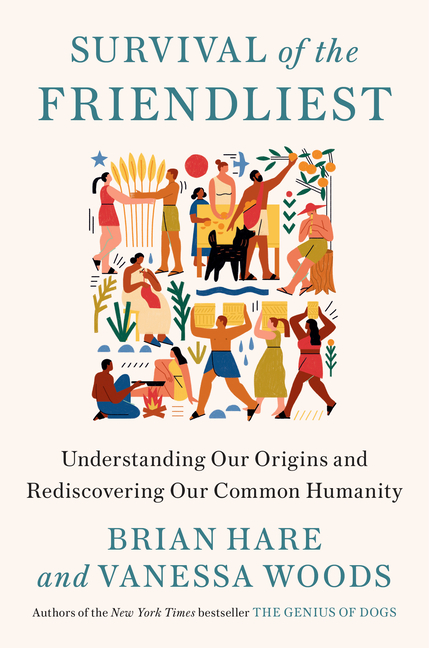 Survival of the Friendliest: Understanding Our Origins and Rediscovering Our Common Humanity 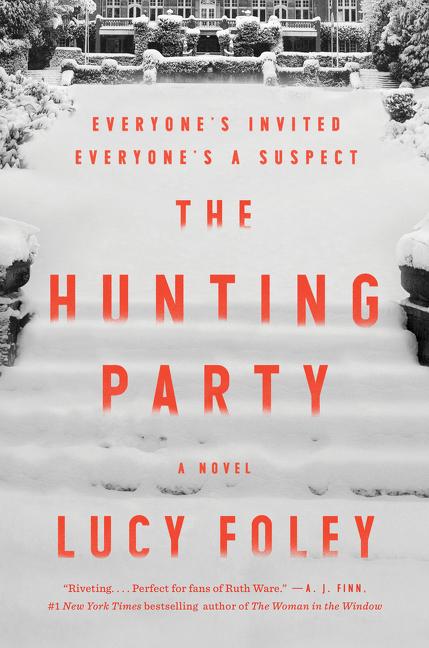