“I want you to proceed as if your goal is to put everyone selling physical books out of a job.” Those are some of the first words you’ll read in Alien Thinking, a new book from three professors at the Institute for Management Development. Spoken by Jeff Bezos to Steve Kessel—the Amazon executive who led the launch of the Kindle—they send shivers down my spine. But when I get past the chill, I recognize that Bezos was challenging Kessel to break with convention, to come up with a novel solution to a problem that had been vexing to the publishing industry for some time at that point: e-book distribution.

Like Betamax versus VHS, or the iPod versus Zune, the Kindle was not necessarily the best device on the market. The important piece, the authors note, is something else Bezos said at the time: “This isn’t a device. It’s a service.” The book is not about the technology behind Amazon or the Kindle any more than it is about the technology of shipping containers. In a world where technology is ubiquitous and automating so much of our economy and lives, the most important piece is not necessarily having the best technology, but being able to implement it—not to come up with ideas, but to come up with solutions. That is where innovation happens in the real world, and the authors’ intent is to teach you a repeatable thinking process to guide you to such breakthrough solutions.

ALIEN stands for attention, levitation, imagine, experiment, and navigate. (They aren’t going to teach you how to actually levitate, but to get a wider perspective.) And while they advocate for the unconventional, they stick to a tried-and-true business book convention of dedicating a chapter to each of the individual pieces in their ALIEN framework.

Unconventional thinking isn’t always going to take you where you intend it to. For instance, Amazon probably did far more to put physical booksellers out of business by selling physical books than they did by launching the Kindle. But the Kindle was successful in creating and then dominating the market for e-books, which was far from a foregone conclusion, and relied on breaking with conventional approaches and thinking about the problem in a new way. (DJJS)

The Call to Unite: Voices of Hope and Awakening edited by Tim Shriver and Tom Rosshirt, The Open Field

It's been one year since the COVID-19 pandemic has forced Porchlight's employees to separate. Most of us are still working from home, as are many other companies and organizations. Though so much has changed, what hasn't is our love for reading, learning from, and highlighting new books and new voices.

In a way, us readers have become more dependent on books to fill in for the comfort and connection we miss among friends, family, and coworkers. That's why essay collections like The Call to Unite are so important to read right now. A diverse group of perspectives, experiences, and voices is an encouraging reminder that we are not alone in this. Though we may all be struggling, we are stronger by struggling together. Tim Shriver is an extremely empathetic editor, as the chair of and regular volunteer for the Special Olympics as well as the founder of the organization UNITE. In his work to uplift marginalized groups, he has seen and learned from successful unification:

Uniters do not expect uniformity of opinion, but do seek unity in treating others with dignity—which gives justice a chance to flourish. We need more uniters now, because we're caught in a crisis of division.

This book is a documentation of humans opening up and defining themselves rather than be defined by assumptions. An effort to change the divisive American culture, it is based off UNITE's 24-hour event that brought together 200+ inspiring leaders:

Nuns and priests, nurses and doctors, singers and actors, dancers and writers, monks and ministers, store clerks and truck drivers, ex-presidents and ex-cons—the grieving, the hopeful, the heartbroken…

Beyond the COVID-19 pandemic, The Call to Unite is mindful of processing the ongoing police brutality towards Black men and women. Tim Shriver and Tom Rosshirt have edited together a book that helps us choose to react with hope and empathy to both of these and other crises. In here are the perspectives and the voices we need to hear as we start to heal. (GMC)

The employment landscape was dramatically shifted by the COVID-19 pandemic, and it hasn't gotten much better. However, it's put into sharp relief the country's pre-existing inequalities. According to inequality.org: the racial groups with the highest risks of infection are not receiving the most shots, females with families were more likely to drop out of the labor force than men with families, and billionaire wealth increased by nearly the same amount that global workers' combined earnings decreased ($3.9 trillion and $3.7 trillion, respectively).

The pandemic and its casualties have inspired conversations surrounding inequality in our workplaces and society that take these facts beyond numbers and graphs. Fulfillment by Alec MacGillis continues that conversation, profiling people and communities across the country whose lives have been altered by Amazon, owned by one of the aforementioned billionaires that have gotten richer during the pandemic.

MacGillis introduces the book with Hector Torrez—a 50-ish year old Central American immigrant, previously laid off from a $170,000-per-year tech industry job during the Great Recession, and now an overnight worker at an Amazon warehouse where his physical capacity is pushed to the limits every 12-hour shift for $15.60 an hour.

MacGillis also highlights the increasing economic disparity between different regions of the country as being an immense issue exacerbated by Amazon's takeover.

Economic decline did not excuse racism and xenophobia—rather, it weaponized it. Such resentment carried especially strong weight in the American political system, which apportions power by land, not just population, most obviously in the Senate. As regions declined and emptied out, those left behind retained outsized clout to express bitterness.

It is almost too difficult to read when you know this inequality is happening in your own backyard. We may be reminded of this pain when we place an order online, but it only takes a few seconds to make a purchase and go on with our life, making it mostly painless for us. That makes Fulfillment even more important, offering a comprehensive book about the entire e-commerce ecosystem that we must become aware of as citizens and consumers. (GMC)

Genius Makers: The Mavericks Who Brought AI to Google, Facebook, and the World by Cade Metz, Dutton

My six-year-old son has a trick for avoiding bad dreams at night. He thinks of all his worst fears right before bed so that they don’t creep into his dreams at night. I doubted the efficacy of this approach when he first told me about it, but it seems to work for him. And I have to admit that I read books about artificial intelligence for the very same reason. I am just as worried about as I am interested in AI, but I figure if I read about it enough, it can’t sneak up on me too much. I doubt this approach, as well, but I try to read at least a few books on AI every year, and they often turn out to be among the best of the year, alleviating my fear with fascination. So it is with Genius Makers.

The best books on artificial intelligence always have as much to do with the nature of intelligence and the intelligence of nature as they do with creating an artificial version of it. They plumb the mysteries of our own existence as they explore how we are attempting to bring another form of intelligence into it. Coming from a journalist like Cade Metz, you can be sure that the writing is engaging, the history of the technology unearthed, and the present terrain thoroughly explored through interviews and research into the latest developments—commercial, political, and even existential—and possible futures of the technology. Most of all, though, it is about our future, and remains rooted in what the technology means for us as human beings. I am still digging into the book, and like all the best books, I am having some anxiety about the prospect of finishing it. In this case, though, the anxiety is not about the story ending but how it will continue to play out in the real world. With Metz as my guide, I know I will at least be left up-to-date and entertained. (DJJS) 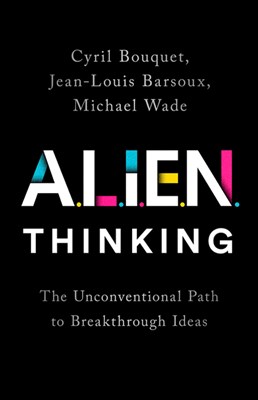 The Call to Unite: Voices of Hope and Awakening 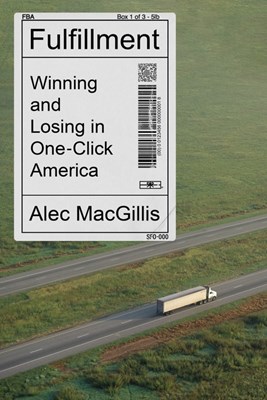 Genius Makers: The Mavericks Who Brought AI to Google, Facebook, and the World