How to Be Animal: A New History of What It Means to Be Human by Melanie Challenger, Penguin Books

Authors across several genres have been refocusing on nature and animals to make better sense of our world of overlapping pandemics—COVID-19, racial justice, and climate change. This week's new release, How to Be Animal, defines the overarching threat to the planet as human exceptionalism, our focus on being more in control (of ourselves and the world around us) than animals. However, there is so much more alike between us and beasts if we bother to look and learn.

Many of the things we most value—our relationships, the romantic sensations of attraction and love, pregnancy and childbirth, the pleasures of springtime, of eating a meal—are physical, largely unconscious and demonstrably animal. The things we most want to avoid—suffering, humiliation, loneliness, pain, disease, death—are born of animal instinct and the shared needs of an organism. Which is the truest part of the human experience, the animal, bodily feelings or the mental flickers of a wilful, storytelling intelligence?

Biology, ecology, philosophy, psychology, and a smattering of other -ologies are stitched together poetically by author Melanie Challenger. How to Be Animal's scope is wide: from the past to the future and across the planet. Challenger unfolds the weaknesses of humankind: of our conflicting collectivist and individualist cultures, politics and religions, inconsistent moral codes. It's my favorite kind of nonfiction book: the kind that asks a question and unravels the tangled ball of existence to highlight more questions and a handful of the answers. Overall, it’s hard not to come away feeling enlightened and hopeful. (GMC)

We don’t often view the public sector as a force for innovation in the economy. Its role, we have come to believe, is to regulate and fix things when they go wrong rather than to create and lead big innovation initiatives. Mariana Mazzucato wants to change that perception, and begins by harkening to a time when government did lead through massive public-private partnerships that changed the world as we know it—by launching humans off its surface and to the moon during the Apollo program. We lose sight of just how successful the program was, how much it changed everything, because it didn’t result in some of the more fanciful imaginations of the time like flying cars. But, as Charles Fishman wrote in his brilliant book, One Giant Leap, “Apollo didn’t usher in the Space Age, but it did usher in the Digital Age.”

Mazzucato’s book is about how to reclaim that mission-focused mindset to create a “more symbiotic way for economic actors to relate, collaborate and share.” Because, as she sees it:

We can and should start setting big public goals again, goals that are not only ambitious, but that seem as unlikely as human beings walking on the moon once did, that inspire us through their sheer audacity. The public sector can’t do it alone, and the private sector can’t do it without a common purpose provided by competent public institutions, initiatives, and the will to act. The challenges we face today are closer to home, including protecting the planet we call home. Addressing them should spur innovation and economic activity, not squelch it, and to do that, we need to have every sector of society working together to chart a new course—launching new markets this time around, and rethinking capitalism with a perspective on the planet as one living system we got from seeing it from space. (DJJS)

Recalculating: Navigate Your Career Through the Changing World of Work by Lindsey Pollak, Harper Business

They say hindsight is 20/20. Most of us are just happy to have the year 2020 in our hindsight. But the lessons it brought, what the pandemic exposed, should not be forgotten. As Lindsay Pollak writes of the year in her new book, Recalculating:

COVID-19 wasn’t the cause of all of the change it fostered; it was the colossal, global, unprecedented straw that broke the camel’s back.

Whether it was issues of racial injustice, the dangers of a monopolized economy, unequal access to healthcare, the digital divide that made virtual school a near impossibility for too many students across our country, or the historic numbers of women dropping out of the workforce because the responsibility of caring for those children and other family members still falls so unequally on their shoulders, this year exposed a lot. It changed us all a lot.

One thing that changed most immediately and drastically was how we work. Whether we were asked to work from home, lost our jobs to the pandemic, or told we were so essential that we must continue to work out in the world through the pandemic, what work looked and felt like was changed for almost everyone. And like the rest of the things that didn’t begin in 2020, and lessons we shouldn’t leave behind, how we work was already ripe for massive change. Pollak’s book is about how to pivot in these still uncertain times, but even more about how to cultivate the ability to recalculate as a skill you’ll use for the rest of your working life. And while it is about how we can forge our own paths, it is also a reminder that we’re all in this together. There is a lot of uncertainty in our world. The best we can do is claim as much of our own agency as we can, recalculate often, and help lift each other up along the way. (DJJS)

When Women Invented Television: The Untold Story of the Female Powerhouses Who Pioneered the Way We Watch Today by Jennifer Keishin Armstrong, HarperCollins

Highlighting another wonderful nonfiction pick on women’s history this month! This one reveals how various famous women transformed television into a dominant form of entertainment. If you were thinking Lucille Ball was the luminary leading lady of the TV revolution, you, too, will learn something new! Before I Love Lucy, Gertrude Berg owned the airwaves as "the original groundbreaking Jewish character Molly Goldberg" on the radio show The Goldbergs which was broadcast from 1929 to 1946 (and not related to the ongoing ABC TV series The Goldbergs).

Author Jennifer Keishin Armstrong focuses on four women who—in a nascent industry of scarce resources and uncertainty and an era heavy with gender roles—expanded how television could entertain and how women could be part of it behind and in front of the camera.

While I investigated the women who invented our television, I found extraordinary stories of ambitious visionaries whose legacies were cut short and erased by that conservative wave of the mid-1950s that reasserted the status quo and reaffirmed that only a white father knows best.

Keishin Armstrong brings these women back into focus—Gertrude Berg, Irna Phillips, Hazel Scott, Betty White—with vivid, entertaining, and insightful profiles of each. These women embraced their glamor, their motherhood, and their independence while also managing through racism and sexism to:

Unlike many people in the entertainment industry today, these heroines were well-grounded and When Women Invented Television makes it feel like they are close friends rather than extremely important predecessors to any woman who dreams of being involved in one of the millions of digital stories being told today. (GMC) 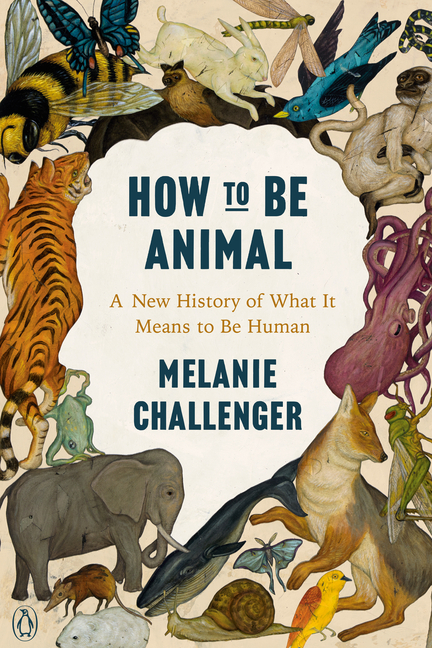 How to Be Animal: A New History of What It Means to Be Human 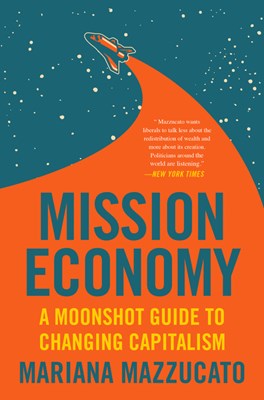 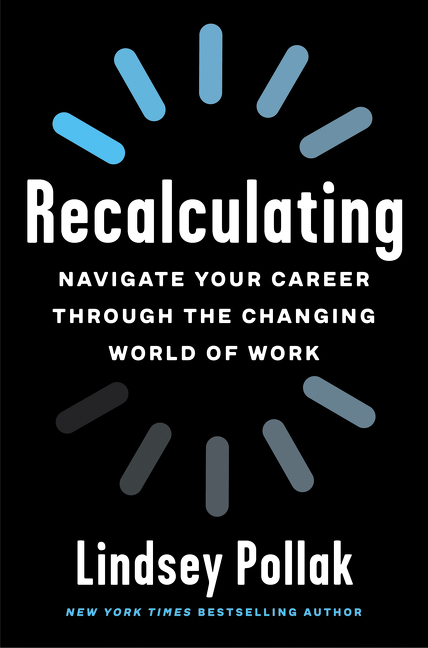 Recalculating: Navigate Your Career Through the Changing World of Work 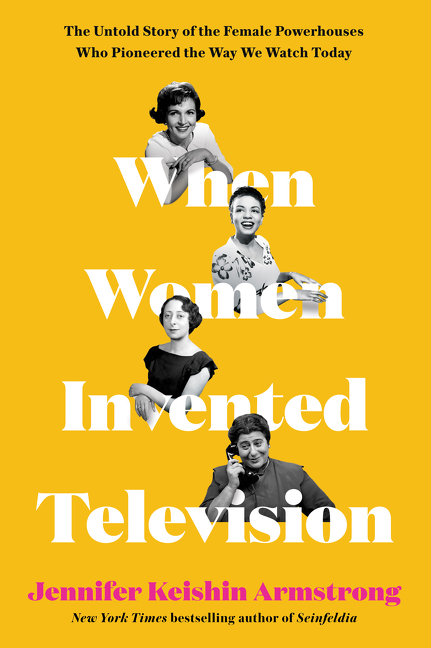 When Women Invented Television: The Untold Story of the Female Powerhouses Who Pioneered the Way We Watch Today