Michelle Nijhuis begins Beloved Beasts by describing her research experiences in biology and then journalism that shaped her understanding of how and why people do or do not work towards environmental conservation. She illustrates the controversy of conservation in a compact example from her research project of desert tortoise observation:

[M]y weird, dreamy job was surrounded by bitter and sometimes violent arguments over their future. What struck me was how deep these arguments ran; while people fought over how to give sanctuary to tortoises—which construction projects or public-land grazing leases to curtail, which off-road vehicle tracks to close—they were also fighting about why and even whether they should be expected to protect tortoises at all.

To me, a life-long turtle-enthusiast, it feels like there is no question that we should help every turtle cross the road safely and save every species from extinction. Deciding that an animal should exist is one thing, and actually working towards ensuring its survival is another. Beloved Beasts details the history of conservationists from Nicholson Huxley (one of the founders of the World Wildlife Fund) to Garth Owen-Smith (an African animal conservationist) to Michael Soulé (a prominent proponent of biodiversity)— that value supporting symbiosis over the human desire for dominance.

Stay tuned for my full review of Beloved Beasts, to be published later this week! (GMC)

The Flip Side of Free: Understanding the Economics of the Internet by Michael Kende, The MIT Press

Michael Kende has studied and worked on issues related to the internet as an academic economist, a government regulator, and a consultant. In that career he has witnessed up close the emergence of the internet as a major force in our economic and personal lives—a reality that has become even more true during the pandemic, highlighting both the promise and perils of the technology.

In the Introduction, Kende writes about the convenience of the internet age as he witnessed it in a typical visit to Starbucks, logged into their free Wi-Fi, catching up on email and the news while making an overseas call and witnessing people come and go with coffee they’d already ordered and paid for with a smartphone app. It is a completely different world from that of a very short time ago when physical newspapers, paper money, and payphones (perhaps even the post office) would have been needed to accomplish each of those tasks. Downloading the app to try it himself, he couldn’t help but wonder if it was “just a bit too free and easy.” Speaking about the terms and conditions he agreed to, he writes:

At a total of around twenty-two thousand words, the app would have to save a lot of time waiting for coffee to make up for the time needed to read the entire terms of use.

There are things in the privacy statement portion of the terms alone that most of us wouldn’t be able to understand even if we were to read it (the vast majority of us do not). Kende is still a big believer in the future possibilities and the economics of the internet but knows it won’t do to ignore the significant challenges and concerns that have arisen. He will explain why he thinks some of the more popular proposals to rein in Big Tech’s power, like breaking up some of the bigger companies and/or making them more responsible for the content that users share, might not be the best solutions (and may even backfire), and what alternatives exist. You might not agree with everything in the book, but you are bound to learn a whole lot about what has quickly become an important—perhaps even a dominant—part of all our lives. (DJJS)

Greater Fortune: Essential Lessons from the Entrepreneur Who Bought the Company That Fired Her by Marie Cosgrove, BenBella

Marie Cosgrove was fired from her job for an unusual reason: she was too good at it. As the company’s most successful salesperson, the company thought she was making too much money in commissions and asked her to take less. As a mother raising four children on her own, you’d think the prospect of losing her job would cause her to capitulate, but she knew she would have other prospects if she believed in and bet on herself, and she refused to take a pay cut to keep the job. As she writes in her new book, Greater Fortune:

I could have packed it in. Given up. There were moments when I almost did. Instead, I tapped into my inner strength and turned the moment into an opportunity that eventually led me to buying that very same company.

If you can’t beat them, come back and buy them. Or do both.

It wasn’t the first time she’d faced and overcome adversity. Her life is a veritable lesson in it, and it is a skill she aims to teach others in the book. The story is not always easy to read. It contains details of a gruesome car accident that left her mother with permanent brain damage, discusses sexual assault and suicide in a direct manner that may even be triggering to survivors. But they are important details in her life’s story, details that put a further stigma on the author’s already impoverished childhood. The tragedies of her childhood didn’t end there, nor did they end with her childhood. But buoyed by the example of her grandmother’s faith in God, and by finding faith in herself even after she barely made it through high school, she learned not only to overcome, but to use others’ underestimating her and her unassuming manner as an advantage. In doing so, she was also able to stay true to herself and compete on her own terms using her own strengths. Her book provides guidance on how to do so yourself.

When she left the company that asked her to take a pay cut, she started her own. It took her only two years to come back and buy that company, and then turn it into an industry leader. The book about how she did it all, a story of great strength, great love, and greater fortune that  is full of insight and inspiration all of us can learn something from. (DJJS)

Not Done Yet!: How Women Over 50 Regain Their Confidence and Claim Workplace Power by Bonnie Marcus, Page Two

I feel like I need to preface this by saying I'm not 50 years old. In fact, I'm half that age. What drew me to this title was that it confirms my fears: I've already seen plenty of books written for young women dealing with gender and age inequality in the workplace, so even after all the time and experience someone like me might put into a job, I'll grow up, grow grey, and STILL feel less than amongst male coworkers in professional settings?! I'm not too surprised, but this isn't the inspiring International Women's Month info I was hoping for.

Luckily, author Bonnie Marcus is EXACTLY the inspiration I was hoping for. Her voice is passionate (as well as tastefully sprinkled with appropriately inflamed expletives) and this book is incredibly empowering. Women of all ages can relate to the unattainable beauty standards we see in media, but Marcus reflects how strongly it affects her and other women over 50 in more ways than aesthetic insecurity:

We sense our power and respect slipping away. […] I fear that the more my age shows, the less respect I'll receive, the less I'll be valued in the marketplace, and that my income will suffer as a result.

For me, reading this book is like encountering the Ghost of Workplace Future in a spinoff of A Christmas Carol: reading Not Done Yet! is making me more aware of my current privileges as well as the mental limitations I should nip in the bud. For those women over fifty who are looking for validation of your own workplace concerns, you'll find that as soon as you crack open the book. Marcus unpacks the internal and external factors that hold women back, gives her best coaching advice on tuning up your marketability, and also features a confidence-boosting section that helps you make the mental effort to take back control: be proud of your age and your skills but also be confident and motivated enough to continue learning and growing. 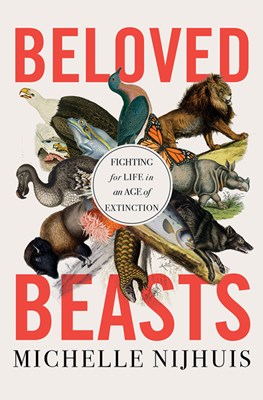 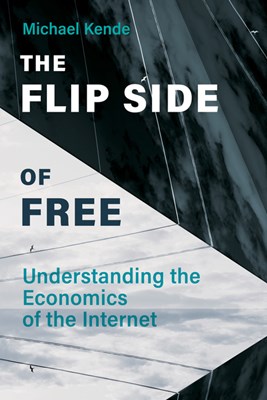 The Flip Side of Free: Understanding the Economics of the Internet

Not Done Yet! How Women Over 50 Regain Their Confidence and Claim Workplace Power 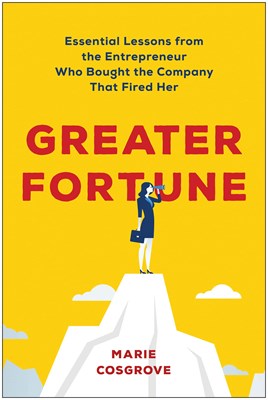 Greater Fortune: Essential Lessons from the Entrepreneur Who Bought the Company That Fired Her