We are in the homestretch of our awards season, so our Staff Picks and Books to Watch feature will be on a sort of hiatus while we buckle down on our deliberations. We are still picking the books we are most excited about for our Books to Watch each week, but we will be using the publisher’s jacket copy instead of writing our own words about the books.

In this thought-provoking and entertaining debut novel about of a multicultural family, a dying billionaire matriarch leaks news of her death early so she can examine her legacy—a decision that horrifies her children and inadvertently exposes secrets she has spent a lifetime keeping: "Full of music, magnetism, and familial obligation" (Emma Straub, author of All Adults Here).

Dava Shastri, one of the world's wealthiest women, has always lived with her sterling reputation in mind. A brain cancer diagnosis at the age of seventy, however, changes everything, and Dava decides to take her death-like all matters of her life—into her own hands.

Summoning her four adult children to her private island, she discloses shocking news: in addition to having a terminal illness, she has arranged for the news of her death to break early, so she can read her obituaries.

As someone who dedicated her life to the arts and the empowerment of women, Dava expects to read articles lauding her philanthropic work. Instead, her "death" reveals two devastating secrets, truths she thought she had buried forever.

And now the whole world knows, including her children.

In the time she has left, Dava must come to terms with the decisions that have led to this moment—and make peace with those closest to her before it's too late.

Compassionately written and chock-full of humor and heart, this powerful novel examines public versus private legacy, the complexities of love, and the never-ending joys—and frustrations—of family.

The Forty-Year War in Afghanistan: A Chronicle Foretold by Tariq Ali, Verso (EPP)

The occupation of Afghanistan is over, and a balance sheet can be drawn. These essays on war and peace in the region reveal Tariq Ali at his sharpest and most prescient.

Rarely has there been such an enthusiastic display of international unity as that which greeted the invasion of Afghanistan in 2001. Compared to Iraq, Afghanistan became the “good war.” But a stalemate ensued, and the Taliban waited out the NATO contingents. Today, with the collapse of the puppet regime in Kabul, what does the future hold for a traumatised Afghan people? Will China become the dominant influence in the country?

Tariq Ali has been following the wars in Afghanistan for forty years. He opposed Soviet military intervention in 1979, predicting disaster. He was also a fierce critic of its NATO sequel, Operation Enduring Freedom. In a series of trenchant commentaries, he has described the tragedies inflicted on Afghanistan, as well as the semi-Talibanisation and militarisation of neighbouring Pakistan. Most of his predictions have proved accurate. The Forty-Year War in Afghanistan: A Chronicle Foretold brings together the best of his writings and includes a new introduction.

P.S. You're a Genius: An Unconventional Guide To Finding Your Innate Gifts (Even When You Feel Like You Have None) by Kelly Trach, Matt Holt (GMC)

Do you feel like you’re doing it all and it’s still not enough?

Discover your shortcut to success in P.S. You’re A Genius.

After a lifetime of overachieving, aiming to be excellent at everything, and three failed tech startups in Silicon Valley, Kelly Trach was stirred by a simple question: What if I just did what I’m good at?

Now a six-figure business coach, Kelly poses the same question to you: What if you just did what you’re good at? Despite conventional wisdom, the gifts and experience you need are already innate. Having that “it factor” or “special ingredient” isn’t as elusive as you may think.

P.S. You’re a Genius takes you on a self-reflective journey to find your own gifts (especially when you don’t feel “gifted” at all), asking questions like:

Through these questions and more, you’ll uncover the ways you naturally excel, relinquish the lie that you’re not “good enough,” and discover how to convincingly convey your value to anyone. In the process, you’ll unlock the gumption to go after what you really want and ditch the mindset blocks holding you back—because YOU have an inherent genius. You just have to find it.

Unraveling Bias: How Prejudice Has Shaped Children for Generations and Why It's Time to Break the Cycle by Christia Spears Brown, BenBella Books (GMC)

We need only scan the latest news headlines to see how bias and prejudice harm adults and children alike—every single day.

Police shootings that give rise to the Black Lives Matter revolution…rampant sexual harassment of women and the subsequent #MeToo movement…extreme violence toward trans men and women.

It would be easy to fix these problems if the examples stopped with a few racist or sexist individuals, but there are also biases embedded in our government policies, media, and institutions.

As a developmental psychologist and international expert on stereotypes and discrimination in children, Dr. Christia Spears Brown knows that biases and prejudice don’t just develop as people become adults (or CEOs or politicians). They begin when children are young, slowly growing and exposed to prejudice in their classrooms, after-school activities, and, yes, even in their homes, no matter how enlightened their parents may consider themselves to be. The only way to have a more just and equitable world—not to mention more broad-minded, empathetic children—is for parents to closely examine biases beginning in childhood and how they infiltrate our kids’ lives.

In her new book Unraveling Bias: How Prejudice Has Shaped Children for Generations and Why It’s Time to Break the Cycle, Dr. Brown will uncover what scientists have learned about how children are impacted by biases, and how we adults can help protect them from those biases. Part science, part history, part current events, and part call to arms, Unraveling Bias provides readers with the answers to vital questions:

Few issues today are as critical as being aware of bias and prejudice all around us and making sure our kids don’t succumb to them. To change lives and advance society, it’s time to unravel our biases—starting with the future leaders of the world. 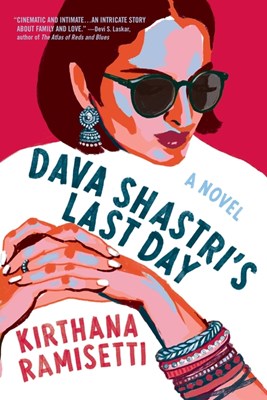 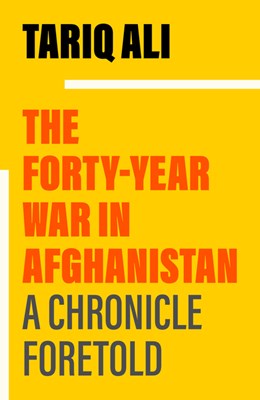 The Forty-Year War in Afghanistan: A Chronicle Foretold 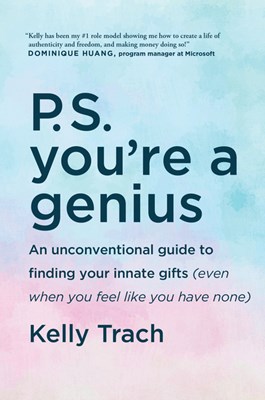 P.S. You're a Genius: An Unconventional Guide to Finding Your Innate Gifts (Even When You Feel Like You Have None) 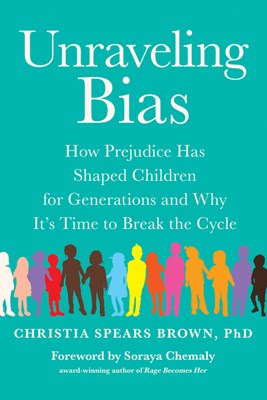 Unraveling Bias: How Prejudice Has Shaped Children for Generations and Why It's Time to Break the Cycle