We can divide our lives up by the years we have been here, or the jobs we have had, or the places we have lived in, but sometimes I like to think about my life in terms of the foods I have been obsessed with. My husband, for instance, went through a prolonged “Orange Julius” phase in his childhood, giving his family’s blender the work out of its life. Me? I’ve been in a “beet phase” for the past several years—roasting, grilling, pickling, pureeing—anything to get that gorgeous deep red color on my plate and that earthy taste into my meal. I’ve been growing them in my garden for the last few years, and have been enjoying leaving a few in the ground for the bunnies hiding in my yard to share. It was a delight, then, to find a kindred spirit with Made in India author Meera Sodha through her newest cookbook, East. From Mum’s Beet and Ginger Soup to Clay Pot Noodles with Beets and Smoked Tofu or Sri Lankan Beet Curry with Green Bean Mallum and Winter Pilau with Beets, Cauliflower, and Cilantro Chutney, my fall menu is set, be still my heart. But the first place I’ll start is with a simple Beet and Yogurt Rice, which looks like a comfort food that is magically both old and new. (If you need more recs from this book, check out this incredible list from someone who cooked through the entire book during covid lockdown!)

Sodha, who has been writing a vegan column for The Guardian for the past few years, delivers here over 100 vegan and vegetarian recipes that start in India and stretch throughout the East: Burma, Japan, Sri Lanka, Korea, and more, reflecting the glorious diversity of London. For people who love plant-based cooking but are looking for the flavor to be dialed way up, this book is for you. And is it a coincidence that I’m getting my spice order from Diaspora Co. on the same day East hits the world? I think not! (BRM)

As a film student in college, "practicing" creativity was a concept that was sometimes difficult for students to understand, including myself. Beyond that, practicing creativity is not something students of other majors may be taught or encouraged to do, at least as directly as art students were. Eat, Sleep, Innovate is a guide for adults of all ages that highlights the importance of encouraging creative practices in organizations as a whole rather than containing innovation to an individual or department. It provides inspiring case studies that prove that even in organizations with older workers of "well-worn habits":

The innovators had always been there. It just took something to bring them out.

Propaganda is a very loaded word. The way we learn about the history of propaganda relegates it to history, and associates it with the worst uses of propaganda in history. So, propaganda is something we accuse people of using, instead of appreciating it as a form of communication in use around us, and understanding its effect.

Renee Hobbs helps us overcome these educational shortcomings by asking us to employ inquiry learning and intellectual humility in regards to propaganda. As she writes:

Ironically, the first step involves appreciating propaganda instead of demonizing it. Propaganda, as a powerful form of expression and communication, must not be positioned as the fall guy for all the world’s woes. Propaganda is a vital part of the democratic process, providing opportunities for exposure to diverse ideas and inducing people to act together. Activists create propaganda when they stage a protest march, a rally, or any other public event filled with songs, chants, and inspiring speeches. Public health officials create propaganda when they develop targeted ad campaigns to help people make informed decisions about their health. Documentary filmmakers create propaganda when they explain why urgent attention is needed to address the climate emergency resulting from the 40 billion tons of carbon dioxide humans pump into the atmosphere each year. You may contribute to propaganda’s viral nature when you like or share a social media post about police brutality and racism or even when you share a compelling political campaign ad.

Of course, as with any tool, it can be used to build or to tear down. And, unfortunately, as we are witnessing in our public discourse and debates today:

Propaganda thrives on conflict. Mass media and social media can cultivate us-versus-them narratives that dehumanize the other and increase people’s willingness to participate in conflict.

The technological tools we have at our disposal today make propaganda easier to produce than ever before, and spread it far and wide. But it still relies on the same tools as any traditional advertising and public relations campaign, and on our most banal activities, having effect only in being repeated. So, perhaps we should think twice—both about how quickly we level the accusation against others, and about how we wield our own power to influence as we navigate and share our own lives and opinions online. Our goal should always be to align our beliefs, and our impact, toward what is demonstrably true rather than false. (DJJS)

There has long been a “change the world” ethos in entrepreneurship and the business books that promote it as a higher calling. It can be inspiring, but it can also be intimidating. And honestly, I kind of wish some of the wealthiest entrepreneurs today, those who built the Big Tech monopolies, had aimed a little lower than that, but I digress. I am grateful for those who muster the courage and perseverance to enter the arena and make any change at all, that start businesses focused on providing healthier alternatives to the addictive foods, beverages, and technologies that dominate the marketplace and help us make incremental, but positive progress in our lives—people like Hint Water founder Kara Goldin, who writes in her new book that:

We can’t change the way of the world. What we can do is look our doubts and doubters in the eye and refuse to be stopped by them. It’s not about high IQ, elite credentials, super skills, or any of those other traits we often convince ourselves we must have but are afraid we don’t.

That conviction and a simple, but great product led Goldin from a career in media and tech toward the change she was meant to make in the world. The story of how she built her company, without compromising the qualities in herself, in her business, or in her product that were most important to her—that defined true success to her—sets an honest and sustainable example for others to follow. She didn’t really set out to change the world. She just started throwing some slices of fruit in her water as she was kicking a diet soda habit, and has ended up with a $150+ million dollar business. It wasn’t easy, and she wasn’t always unafraid, but she was undaunted. She overcame her own doubts and others’—found a market segment the industry didn’t think existed, and tackled technical issues the biggest businesses in the space had never solved along the way.  (DJJS)

A Walk Around the Block: Stoplight Secrets, Mischievous Squirrels, Manhole Mysteries & Other Stuff You See Every Day (And Know Nothing About) by Spike Carlsen, HarperOne

There's a group of two young people who walk past my apartment three or more times during my workdays from home. I've noticed them doing this since the early days of quarantine, and they haven't seemed to stray from their route. Do they get bored or are they finding new ways to see the same few blocks of Milwaukee every day? I could write an essay about this duo, and it would be a worthy research project for Spike Carlsen's new book that investigates "stuff you see every day (and know nothing about)."

A Walk Around the Block is a fascinating guidebook to the elements that make up our neighborhoods as much as it is a quirky catalog of the author's research process that includes shadowing his neighborhood's postal carrier and meeting up with a district traffic engineer at a Minnesotan microbrewery. The book is filled with facts about Japanese manhole covers, lists of things you should never flush, the average speed of passenger pigeons, the population numbers of squirrels, and more, all of which may come in handy next time you're watching day time quiz shows. Carlsen's new book is precisely what this new quarantined world needs to see their own routines in a new light, starting with the most simple yet invigorating act of a walk around the block. (GMC) 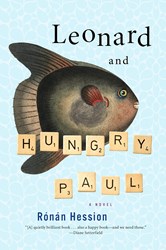 “As everyone around me knows because I cannot stop talking about it, I just read Leonard and Hungry Paul by Rónán Hession, a novel of such gentle loveliness that almost masks its honest truths about friendship and authenticity. The story surrounds two thirtyish fellows over the course of a few months, one just after the death of his mother and the other just before the wedding of his sister. And while the novel is a quiet one – no guns, no screams, no slammed doors – it resonates loudly in the way the friends evolve and reveal just what they have inside. One of the many enormous, if coincidental, pleasures of Leonard and Hungry Paul is that it’s the perfect antidote to the times we are living in, offering subtlety over vulgarity, intelligence over boorishness, sensitivity over indifference. Published by Porchlight friends Melville House, this is the perfect book to read now – and again." 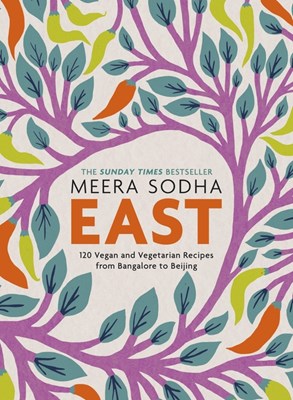 Eat, Sleep, Innovate: How to Make Creativity an Everyday Habit Inside Your Organization

Mind Over Media: Propaganda Education for a Digital Age 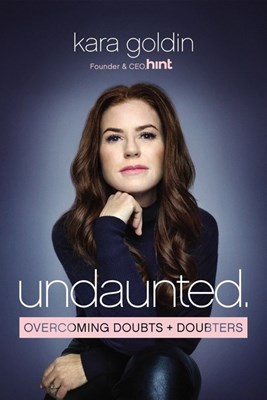 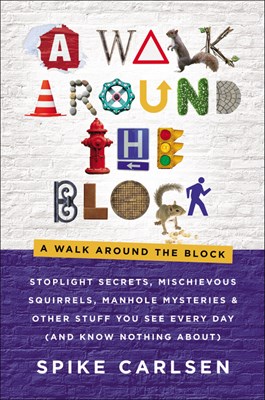 A Walk Around the Block: Stoplight Secrets, Mischievous Squirrels, Manhole Mysteries & Other Stuff You See Every Day (and Know Nothing About) 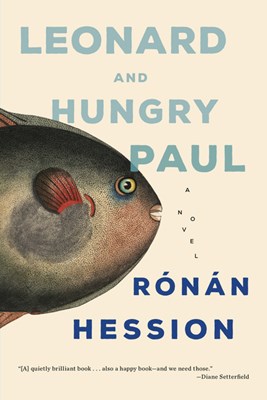