Antisocial: Online Extremists, Techno-Utopians, and the Hijacking of the American Conversation by Andrew Marantz, Viking | While many in the business press were lauding the disruption of traditional business by Silicon Valley, white nationalists and neo fascists were using the platforms big tech created to disrupt the political vocabulary and consensus of the country, spreading disinformation and hate speech through social media and the power of memes. Big tech has triumphed over traditional industries, but as it did so it ripped open and exacerbated divisions in our society, leading to a rise in misogyny, white nationalism, Islamophobia, and cultural nihilism. As Andrew Marantz (a staff writer for The New Yorker) writes, “The disrupters aimed to topple the gatekeepers in dozens of industries, including advertising, publishing, political consulting, and journalism. Within a decade, they had succeeded beyond anyone’s expectations.” His book is a history of what we’ve come to know as the alt-right, the “libertarian-to-far-right-pipeline” enabled by big tech, and the insidious effect it has had on our national conversation and politics. (DJJS)

Couples That Work: How Dual-Career Couples Can Thrive in Love and Work by Jennifer Petriglieri, Harvard Business Review Press | Economic realities and an egalitarian trend toward gender equality have led to a rise in dual-career couples and families—not just in the United States, but across the world. This societal trend comes with very personal challenges. Jennifer Petriglieri has encountered those challenges herself, but as a professor at INSEAD, she has been able to tackle the issue academically. Rather than offering advice on how to paper over the problems, she offers an honest look at the “psychological and social forces underlying the challenges dual-career couples face.” Going beyond the usual advice to share housework more evenly or somehow strike a balance between life and career, she focuses on the three transitions most couples struggle with the most, which can be defined by three questions over the course of our lives and careers: How can we make this work? What do we really want? and Who are we now? She interviewed over one hundred couples from 32 countries on four continents for the book to bring those questions to life. Not everyone will answer all three questions in the same way, or all of them with the same partner, but if you can address them, you can succeed in both love and career. (DJJS)

Fragile Power: Why Having Everything Is Never Enough; Lessons from Treating the Wealthy and Famous by Dr. Paul L. Hokemeyer, Hazelden Publishing | Dr. Paul L. Hokemeyer knows your likely to make fun of the work he does. He is a clinical and consulting psychotherapist to those with the most privilege and power, celebrity and wealth—entertainers, businesspeople, and politicians. He has also worked with some of the most powerless populations “as a clinician working with underprivileged people at a free clinic in Hollywood and at the Lesbian, Gay, Bisexual, & Transgender Community Center of New York City.” What he tells us is that, while it’s easier to appreciate the isolation of the powerless, there is an isolation that comes with power, too. And while you may not feel they deserve special treatment, that is exactly what he provides them, because he believes “every human being, every couple, every family … is special and deserves clinically excellent and culturally competent care.” It may seem backward to build on behavioral health concepts like minority stress and feminist psychology to treat those in positions of extraordinary power and privilege, but in a world obsessed with celebrity, and in which social media offers all of us an illusion of celebrity, understanding how it can affect us individually and as a society is enlightening. (DJJS)

How We Fight for Our Lives: A Memoir by Saeed Jones, Simon & Schuster | It’s already got plenty of praise from big names like Roxane Gay, Jacqueline Woodson, Entertainment Weekly, etc, but I thought I’d remind you to pick up How We Fight for Our Lives this week. Short enough to read in one sitting but with topics heavy enough to compel you to stretch it out, this book is a beautiful testament to the brave endurance of the author and anyone else who contends with their identity. Saeed Jones’s story begins in hiding, a twelve-year-old with the barest grasp of the word “gay,” and evolves into a poetic phoenix of a story, a promise of acceptance for anyone who hopes to grow into a new self. (GMC)

Nightmareland: Travels at the Borders of Sleep, Dreams, and Wakefulness by Lex Lonehood Nover, TarcherPerigee | Humans do a lot more in their sleep than you may realize. Lex “Lonehood” Nover explains phenomena like sleep paralysis, hypnagogia, sleepwalk murders, and much more both scientifically and paranormally, establishing an appropriately eerie mood throughout the book. As the producer of Coast to Coast, a nighttime radio show, Nover has a long history of sharing complex material — often on the border of science and fiction, consciousness and conspiracy — in a compelling and coherent manner. Just in time for Halloween, Nightmareland’s vivid examples of waking terrors throughout history and personal experience will either inspire you to write/read a few horror stories or force you to start reading the book before dark. (GMC) 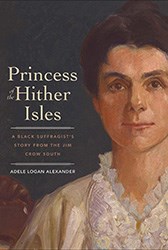 “I am reading Princess of the Hither Isles: A Black Suffragist’s Story from the Jim Crow South. It is an historical and literary examination of the life of Adella Hunt Logan, a woman of black, white, and Cherokee ancestry who identified as “negro” but “passed” for white in order to work in the women’s suffrage movement, bringing her into contact with the likes of Susan B. Anthony, Frederick Douglass, Theodore Roosevelt, and W. E. B. Du Bois. It is also a fascinating account of her family history, reconstructed from a mix of family lore—bringing in elements of magical realism—and the papers of her grandfather, Judge Nathan Sayre of Sparta, Georgia. It is all told by her granddaughter, author and scholar Adele Logan Alexander." —Dylan Schliecher, Editorial & Creative Director

Antisocial: Online Extremists, Techno-Utopians, and the Hijacking of the American Conversation 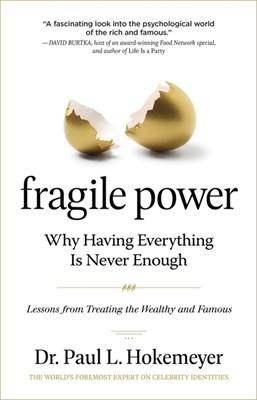 Fragile Power: Why Having Everything Is Never Enough; Lessons from Treating the Wealthy and Famous 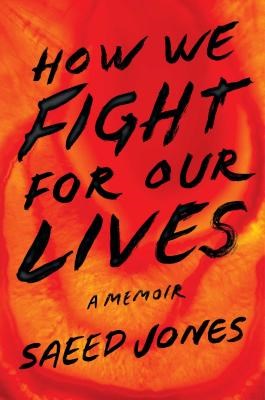 How We Fight for Our Lives: A Memoir 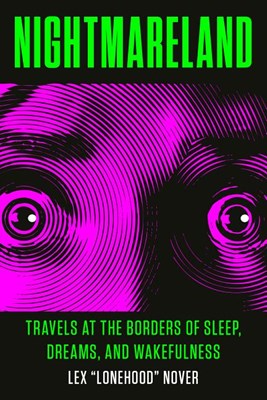 Nightmareland: Travels at the Borders of Sleep, Dreams, and Wakefulness 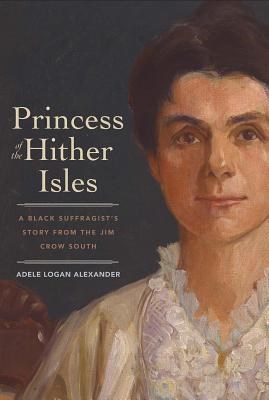 Princess of the Hither Isles: A Black Suffragist's Story from the Jim Crow South