Kai-Fu Lee wrote a great book a few years back entitled AI Superpowers that I still think about today. One of the reasons I do is that I’m not sure I could fully grasp the gravity and importance of the book at the time. It felt like a book that had somehow dropped into the present moment out of the future. It was, frankly, a little jarring, and even a little scary, because there is little doubt that artificial intelligence is an inflection point in the history of humanity. As he writes in the Introduction to his new book, AI 2041:

These are profound changes, and humans may embrace them with compassion, exploit them with malice, capitulate to them with resignation, or be inspired by them to reinvent ourselves.

If I have any understanding of human beings, I assume we’ll do all four to varying degrees, and AI 2041, in which Lee teams up with science fiction writer Chen Quifan—who worked Silicon Valley for a decade before becoming a writer, so understands the tech world well—shows us how each of those scenarios might play out. The stories written by Chen offer a more accessible entry point to understanding what AI might look like in our individual lives rather than what it means for our collective future (though the book obviously discusses that, too, as it’s unavoidable in any discussion of AI). The stories are also set in different locations across the world, spanning cultures, and Chen Quifan has obviously done his homework on the history of the places he sets the stories in to understand how their unique history will interact with new technologies. At the end of each story, Lee then offers a technological analysis as one of the world’s foremost experts on artificial intelligence. They don’t skirt the ethical issues or societal challenges that AI presents, instead tackling them head-on and with empathy for how individual lives and entire industries will be affected. Theirs is, in the end, a positive outlook, a future of plentitude rather than singularity, one in which humans still have agency, are improved and even liberated in many ways by AI. But, as with any tool, it comes down to how we as humans choose to use it. The more we can understand it, the more we can help determine how it will shape our lives. AI 2041 offers that understanding on both an emotional and intellectual level. (DJJS)

Beyond Collaboration Overload: How to Work Smarter, Get Ahead, and Restore Your Well-Being by Rob Cross, Harvard Business Review Press

We’ve seen a dramatic rise in collaboration, and the number of technological tools that enable it, in the last decade. In theory, this should be a great thing for us as both workers and social beings, and...  “Yet,” as Rob Cross points out in Beyond Collaboration Overload, “today’s corporations are not happy places.”

Many of them are plagued by stress, burnout, loss of engagement, unexplained declines in individual performance, attrition, mental health problems, and addiction—issues that cripple companies’ never-ending quests for greater performance. We endure a volume, diversity, and velocity of collaborations that place an unprecedented tax on our time and brains. … We go home exhausted but with little ability to pinpoint what is causing our burnout.

Cross identifies how collaborative work is eating up ever more amounts of our time, and how we can reverse that trend—and improve our overall performance and personal well-being in the process—by uncovering and focusing on strategies for essential collaboration. At a time when so many of us have allowed our focus and relationships to become unidimensional, always in orbit around our work, Cross offers a framework that focuses us back on our fuller life. And that may be just what we need to focus more clearly and productively on essential collaboration when we are back at work. (DJJS)

The Girls in the Wild Fig Tree: How I Fought to Save Myself, My Sister, and Thousands of Girls Worldwide by Nice Leng’ete, Little Brown

Nice Leng’ete grew up in Kenya as a part of the Maasai people and their traditions, one being “the cut.” The “cut” is female genital mutilation (FGM), in which a young girl’s clitoris is cut off. As a young child, she witnessed the ceremonies of other girls receiving “the cut” and knew from a young age it was to be feared. Some girls die from infection, shock, and even blood loss, as one of the girls Leng’ete witnessed receive the cut did in the days following it. If they survive, the mutilation deeply impacts the life and wellbeing of the girl and can cause lifelong pain and suffering:

The procedure can cause lifelong health damage: scarring, cysts, and abscesses. Sex and urination may be painful. Some women experience infertility because of recurrent infections from the cut. For women who get the cut, sex becomes at best a duty, not a pleasure; at worst, it is a painful ordeal. Childbirth becomes far more dangerous. “Circumcision” brings to mind the small snip that boys get. For women, the procedure is far more serious and far more destructive. Because it is so damaging, I prefer to call it female genital mutilation.

After experiencing the devastating loss of her parents, Leng’ete was sent to live with her grandfather she adored, but was officially under the care of an uncle who planned to have her cut and married off to a much older man at the astonishing age of 8. She knew she wanted a different life and therefore, as a child, ran. Ran from a life of pain, the future as a child bride birthing children. She wanted to stay in school and receive an education while keeping her body intact. She hid in an oretiti tree, sacred to the Massai people, which is where the book’s title comes from, and escaped the cut and that life. Later, after witnessing what it had done to her sister and others, Leng’ete decided it was time to speak up, to save herself and future girls from this inhumane and unnecessary act. She joined others fighting against FGM, such as Jaha Dukureh, who was cut and married at the early age of 15 into a forced and abusive marriage (her story can be watched in the powerful documentary Jaha’s Promise).  She loves her people and values tradition, “But some traditions,” she believes “deserve to die.”  In her heartrending yet hopeful memoir, Leng’ete describes her journey to becoming a human rights activist and dedicating her life to fighting female genital mutilation. (EPP)

You Are What You Click: How Being Selective, Positive, and Creative Can Transform Your Social Media Experience by Brian Primack, Chronicle Prism

When a shooter attacked his local synagogue, Primack and his family were at home preparing for guests—A random stroke of luck to have not attended the service that day. When it was reported that the shooter was encouraged and supported on a social media site, Gab, to act on his anti-Semitism, Primack was urged into action to use his expertise on media and technology’s influence on health to understand and prevent the recurring story of hate breeding hate online.

It's easy to blame social media for encouraging the wrong things in people, but there's also the case for it being an accessible place for many to come together. You Are What You Click provides a fresh perspective and science-based reasoning on the already well-known idea that social media's effect on our mental health is, overall, not good. Primack's guide outlines three, personalizable principles to aid in improving our relationship with the digital world: "Be selective, be positive, and be creative." Primack highlights innate human weaknesses that social media and tech take advantage of, such as our tendency to compare ourselves to others, our thirst for drama, and our egocentricity. But his thorough, scientific explanations of human psychology are accessible and very helpful, applicable not just to how we interact with social media but that draw attention to how we think about ourselves and communicate with others every day. (GMC) 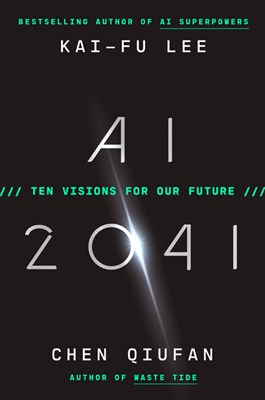 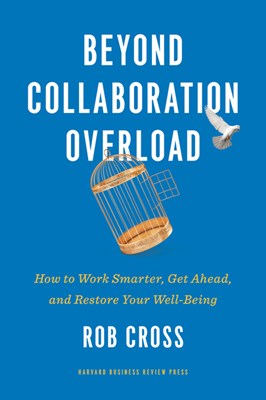 Beyond Collaboration Overload: How to Work Smarter, Get Ahead, and Restore Your Well-Being 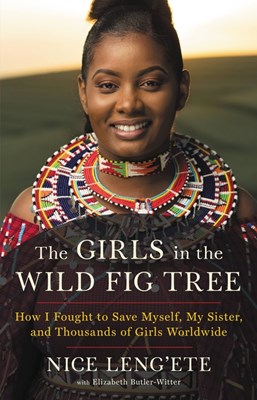 You Are What You Click: How Being Selective, Positive, and Creative Can Transform Your Social Media Experience