Paul Sullivan's new book, The Thin Green Line, discusses the difference between being rich and being truly wealthy. In The Thin Green Line: The Money Secrets of the Super Wealthy (March 10, 2015/$27.00 hardcover), Paul Sullivan, the Wealth Matters columnist for The New York Times, draws upon his experience writing about today's One Percent to show how others can make better financial decisions—and come to terms with what money means to them.


Sullivan draws a distinction between being wealthy and being rich. Wealthy means having more money than you need to do all the things you want to do. "It wasn't a number so much as a psychological feeling: you weren't worried about running out of money because you had more than enough, even if it might be less than someone who was worried about going broke," he writes. Rich, on the other hand, is a number—"and as we saw in the Great Recession, one that did not equate to being financially secure," Sullivan notes.

Sullivan thinks of the distinction between the two as a thin green line, a simple metric by which people can measure their financial stability going forward. The amount of money you earn matters less than what side of the line your financial life falls on. Above it, you're wealthy, even if you're a retired teacher with a pension and modest savings. Below it, you're going to struggle even if you're a Porsche-driving executive who most anyone would consider rich. The line is an important tool to help visualize your position in every aspect of your financial life, from investing, saving, and managing debt to spending, giving away, and thinking about the money you have.

Sullivan argues that without an ability to predict how changes to society and government are going to impact people, more and more responsibility will fall to individuals to make the key decisions that will protect their financial futures. "Knowing the difference between being wealthy and being rich is the difference between living a secure or a fraught life," he states. "To ensure we will not be at the whim of decisions and forces we can't control, we need to change our behavior around money."

"The goal of it all," Sullivan says, "is to empower people to make financial choices that will help them feel wealthy, not enable them to act rich."

Paul Sullivan writes the Wealth Matters column for The New York Times and is the author of Clutch: Why Some People Excel Under Pressure and Others Don't. His articles have appeared in Fortune, Conde Nast Portfolio, the International Herald Tribune, Barron's, the Boston Globe, and Food & Wine. From 2000 to 2006, he was a reporter, editor, and columnist at the Financial Times. A graduate of Trinity College and the University of Chicago, Sullivan lives in Fairfield County, Connecticut, with his family. 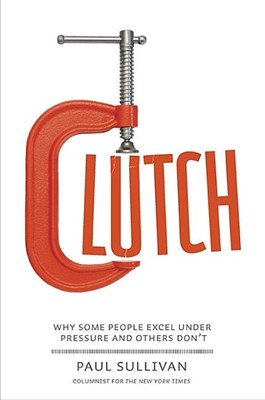 Clutch: Why Some People Excel Under Pressure and Others Don't