With the sad and startling news that Stephen Covey, author of The 7 Habits of Highly Effective People, had passed away earlier this week, we were reflecting on the contributions he had made to the business book industry as well as those he gave generously to us at 800-CEO-READ. And in that reflection, we recalled a Q&A he did for us last year to promote his then new book, The 3rd Alternative, which was released in paperback this April. We hadn't yet used the Q&A as we hoped to soon incorporate it into an Exploration within our new KnowledgeBlocks program.

With the sad and startling news that Stephen Covey, author of The 7 Habits of Highly Effective People, had passed away earlier this week, we were reflecting on the contributions he had made to the business book industry as well as those he gave generously to us at 800-CEO-READ. And in that reflection, we recalled a Q&A he did for us last year to promote his then new book, The 3rd Alternative, which was released in paperback this April. We hadn't yet used the Q&A as we hoped to soon incorporate it into an Exploration within our new KnowledgeBlocks program. Instead of waiting for one of our KnowledgeBlocks topics to align with the message of The 3rd Alternative, we thought it would be best to share Covey's words with you now because there is just so much goodness here. Synergy. Empathy. Results. Q: Tell me about the concept of synergy as it relates to The 3rd Alternative. A: Most conflicts have two sides — My Way and Your Way. The 3rd Alternative is a higher and better way that exceeds the expectations of both sides. You get to The 3rd Alternative through a process called synergy. Synergy happens when two or more people produce a result that's greater than any of them could produce by themselves. 1 + 1 = more than 2. It can equal 3 or 10 or 1,000! When redwood trees mingle their roots, they stand strong against the wind and grow to incredible heights. Birds in a "V" formation can fly nearly twice as far as a lone bird because of the updrafts they create. Two pieces of wood carry exponentially more weight than one piece can bear. We experience synergy every day. One child alone can't reach even one apple; but when another child stands on his shoulders, they can reach all the apples they want. In a conflict situation, synergy can produce an exciting, new-to-the-world solution that makes the conflict irrelevant. Q: In your book, you cite the example of how you effectively used The 3rd Alternative at a meeting of a world leadership group at which the attendees had varying agendas. How did that work so well? A: This was a meeting of the Leadership Group on U.S.-Muslim Engagement, including Christians, Jews, and Muslims, whose purpose was to build a better relationship between the United States and the world Islamic community. In that room were some of the world's most eminent scholars, religious leaders, and diplomats, including former U.S. Secretary of State Madeleine Albright. At our first meeting, it became obvious that everyone had an agenda. It was all rather formal and cool, and you could just feel the tension. That was on a Sunday. I asked them if they would allow me to teach them about The 3rd Alternative and empathic communication the night the conference opened, and they graciously agreed. For two days everyone practiced empathy with each other. By Tuesday night the whole atmosphere had changed. The private agendas had been shelved. We had arrived at an exciting resolution that we had never anticipated. The people in the room were filled with respect and love for one another — you could see it, and you could feel it. Secretary Albright whispered to me, "I've never seen anything so powerful. What you've done here could totally revolutionize international diplomacy." Q: What is empathic listening and why is it important? A: People can't get to synergy if they are unable to see beyond their own positions in a conflict. Empathy means really listening and understanding where the other person is coming from. It means suspending agreement or disagreement and just understanding. It means you gain a full sense of what that person thinks and feels. Synergy requires empathy because no one has a corner on good ideas, and we access one another's best thinking through empathic listening. Q: How does it help when all parties in a dispute feel they have been heard? A: When people feel empathically understood, their hearts are satisfied and their minds open. It's like air to a suffocating person. When people feel understood, you can't stop 3rd Alternatives from flowing. The key is the heart. Until we understand people's hearts, not just their minds and ideologies, the walls stay up. That's why it's absolutely essential to create opportunities for people to listen to each other with the heart, mind, and spirit. Only then can people move past the destructive "my way vs. your way" to a 3rd Alternative. Q: Why is compromise considered an inferior alternative? A: Synergy is not the same thing as compromise. In a compromise, 1 + 1 = 1 at best. Everybody loses something. Synergy is not just resolving a conflict. When we get to synergy, we transcend the conflict. We go beyond it to something new, something that excites everyone with fresh promise and transforms the future. Both parties in a compromise surrender some of their own interests to get to resolution. This is called a "lose-lose" situation — the opposite of synergy, which is always a "win-win" situation. People might walk away from a compromise satisfied but never delighted. The relationship is weakened, and too often the dispute just flares up again. Q: How can this principle be helpful across all aspects of one's life? A: Seeking The 3rd Alternative is an ideal way to deal with conflict of any kind. But it is also a key to creating new solutions to chronic problems and making innovative decisions. Almost all innovation is the product of synergistic thinking. For example, the first electronic calculator came about through synergies between a church organ, a weaving machine, and electrical engineering. Moreover, synergy is the very essence of a creative, supportive family. Family members can turn conflict into creativity if they get into the habit of looking for 3rd Alternatives to their problems. 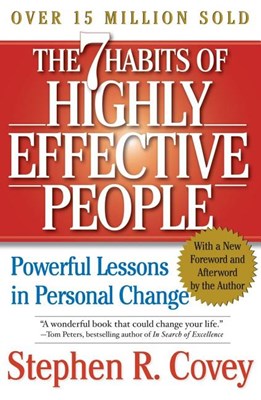 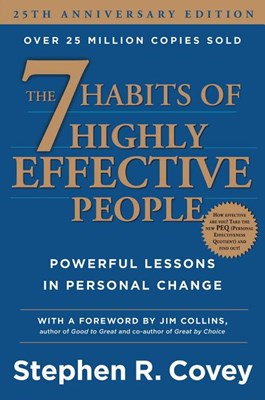