There's a certain urgency to the new book by Mitch Joel, Ctrl Alt Delete: Reboot Your Business. Reboot Your Life. Your Future Depends On It.

There's a certain urgency to the new book by Mitch Joel, Ctrl Alt Delete: Reboot Your Business. Reboot Your Life. Your Future Depends On It. Its sentiment has also been expressed by authors such as Gary Vaynerchuk: Business is changing and if you don't keep up, you'll be left behind. And that's putting it nicely. What Joel is saying is that if we don't change, our companies will go out of business, and we ourselves will become unemployable. Scary stuff, yes, but the good news is the book has the answers to avoid these problems. Both Joel (and authors like Vaynerchuk) tell us what we already know and see around us, but might not understand the intricacies of: Technology is moving at a very fast rate. For instance, we acquire and learn one device, master one platform, just in time for it to be outdated, and as we scramble to keep up, there are others, millions actually, who are ahead of the curve, and are participating in what they see on the platforms, sites, and devices they have. Some companies are prepared to communicate with people on whatever the cutting edge is, but others aren't, and the size of each platform or device's audience depends on how fast tech know-how and innovation move together, and how communication savvy both sides are. Joel explains:

Whether it's a corporate head office or a massive retailer, where you put that physical entity has a direct correlation to your success. Here's a new spin on that theory: With people spending more and more of their time looking, reviewing, and shopping online, the new real estate is whatever screen is in front of the consumer. How great does a brand have to be to earn a coveted place on the home screen of a consumer's iPhone? Recent data and research do not speak kindly to how well brands are integrating into these new neighborhoods and communities. In the Digiday news item "Saving Abandoned Brand Mobile Apps" (March 29, 2012), Giselle Abramovich reports that one in four mobile apps are never used again after being downloaded and that 26 percent of apps aren't used more than once. Do you think it is because are branded apps? Probably not. The likely (and brutally honest) answer is this: Most branded apps suck.

Now think about this on an individual level. Just as companies are challenged to stay relevant, so are our individual skills, experiences, and understanding about how business and people currently work. Think about what these things were to you 5 years ago. Now think about how they've changed. That process, according to Joel, will only increase. Resting too much on what we've done in the past might make it difficult to adapt to what is expected now. Without adaptability, we might slow processes down, become the weak link in the team, and may not even be hired. According to Joel, the answer is to get "squiggly," which is sort of an intuitive, improvisatory sense. He states:

You will have to adapt to a world where your career can (and should) get squiggly. You wind up seeing, reading, and listening to a lot of content (both online and in traditional publications) that speaks to the coming years and what businesses should expect in terms of disruptions, predictions, new channels, and shinier and brighter objects. It's almost easier to say that everything we have known about business continues to change and that the only constant in our lives will be change. Fine. Dandy. Now what? The true adaptation for you (and your business) will not be about how smart you are with your marketing or whether or not you're doing clever things in spaces like Twitter or Facebook. True adaptation will come from how well you can get over what I call "the lazy" and move to a place where squiggly becomes your friend.

This book is an important reminder to look at the world, business, and ourselves in ways we might not be. Keeping up with changes is challenging, but with books like this, it becomes much easier. 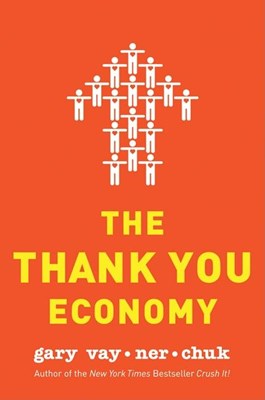