This week, we'll be taking a closer look inside the longlist at the five books we believe to be the best in the category of Current Events & Public Affairs.

When introducing the five books in our Management & Workplace Culture category, I wrote that, “We all spend an outsized amount of our time at work, so it’s not a surprise that so many social issues are tied to it. The best books on the topic this year accept and address that reality.”

The same could be said for the Current Events & Public Affairs category, but in reverse. The five books in the category all concern themselves with how big business, specifically big tech, is changing the way we live and work—and creating an entirely new set of social issues that we need to address.

The ethos of Silicon Valley has always been about changing the world, and it is doing so in both very public and profoundly personal ways. Unfortunately, rather than the digital, democratic utopia that was envisioned, it has spiraled into a pseudo-libertarian, faux meritocracy that not only perpetuates many of society’s inequalities and ills, but pushes them to new extremes. Rather than a proliferation of smaller-scale businesses being enabled by a lower barrier to entry, business consolidation and economic inequality have risen dramatically. Rather than letting us work from wherever and however we want to, it has shredded the social contract between employers and employees established in the previous century. Rather than leveling out the playing field for women and people of color, the heart of tech is overwhelmingly white and male—and decidedly not because white males have a greater understanding and empathy more with the world and what it needs, and it’s not because they are the most talented programmers. In fact, as we’ll see, the field of computer programming was pioneered by women.

Brotopia: Breaking Up the Boys' Club of Silicon Valley by Emily Chang, Portfolio

As most of the professional world has made (albeit very slow and imperfect) progress in gender inequality over the last three decades, Silicon Valley has only gotten worse in that regard. In fact, computer programming, a field invented by and once so dominated by women that a 1967 Cosmopolitan article touted it as ideal “women’s work,” the trend has gone dramatically in reverse.

Emily Chang provides that backstory and brings us up to date in her book Brotopia. “In the 1840s,” she tells us, “a woman and brilliant mathematician named Ada Lovelace wrote the first program for a computer that had yet to be built. A century later, women were among the pioneers who worked on the first computing devices for the military during World War II.” Women did the computing that landed us on the moon, programmed the first computer requisitioned by the U.S. Army, and the computer that helped design the atomic bomb. But as the job of “computer” became more professionalized (no longer viewed as secretarial) and better paid, it slowly and steadily became the domain of men. Emily Chang explores the very specific personality assessments and hiring practices that pushed women out of the field—and gave rise to the “antisocial nerd stereotype” popularized by Hollywood—and how it created a work culture hostile to females that persists to this day. It is a history that exposes, unnervingly and unsparingly, how the tech industry itself created and perpetuated this problem, and what can be done to reverse the decades-long slide backward in gender equality in the place that is most shaping the future today.

Gigged: The End of the Job and the Future of Work by Sarah Kessler, St. Martin’s Press

Silicon Valley culture has elevated entrepreneurs to the level of rockstars, and turned the word “employee” into a dirty word. But in the gig economy, what felt like emancipation from the corporate world to some has been an unfortunate necessity to others, and become the utter exploitation of many. As Sarah Kessler explains:

The gig economy had been born as a solution for the business problem of scaling a service business with venture capital. It had been promoted as a solution to economic woes. In 2014 and 2015, the gig economy started to look not like an innovation, but the continuation of a long change in how companies structured their workforce. Not a solution, but a problem in need of one.

Most of the companies that rushed to become the “Uber” of any particular industry found that they soon had a revolt on their hands among those it “contracted,” and most were facing at least one lawsuit from them. Uber itself, facing 70 lawsuits by the summer of 2016, was a case-in-point. Not only that, but after almost a decade of operations, it is still posting staggering losses. It reported $1.07 billion in losses in just its most recent quarter of operations, coming on the heels of $4.5 billion in losses in 2017. It turns out that “disrupting” (i.e. decimating) local taxi operations all over the world backed by obscene amounts of venture capital while boosters in the business press and Silicon Valley cheer you on isn’t the way to build a truly sustainable business. But Gigged is not really a book about Uber, or any of the companies rushing to emulate their flawed economics. Kessler focuses on the people doing the work. “Any economy is built by humans,” Kessler writes, “and this book is about them.” It is a great social history of our moment, and of the need for a new social contract that benefits all involved, and the society around it.

Richard D’Aveni’s new book reads to me, at times, like a dystopian thriller—or, if you want to be more generous, perhaps and Ayn Rand novel (some might not see much difference). That is partly because it contains an element of fiction in it, as D’Aveni imagines a future in which a relatively small number of pan-industrial business titans shift the global balance of power and challenge the traditional roles of government and the free enterprise system. Their empires of private enterprise, in D’Aveni’s prediction, will be built around 3D printing, or additive manufacturing (AM).

I would personally rather see antitrust legislation make a comeback to stop such further consolidation, as books like The Curse of Bigness and The Myth of Capitalism suggest. But, if the trends of the last thirty years hold, D'Aveni’s predictions are likely to be closer to reality, especially concerning they are likely to transcend any one nation's laws or ability to reign them in.

A common narrative you’ve likely encountered in many other books and articles about the topic—that such technologies enable smaller, independent manufacturing, a so-called maker revolution—D’Aveni believes is a myth. He believes there are also benefits that such pan-industrial titans offer over smaller-scale makers. I am skeptical, but there are signs, he believes, “that we may now be on the verge of a new golden age of broad-based economic growth, social progress, and widespread contentment—all driven by the technological developments like those described in this book, combined with wise choices by business and political leaders.” Our current crop of business and political leaders leave me worried about those prospects, as do the pronouncements of past tech-utopians, but I’d love to be proven wrong.

San Francisco is at the epicenter of a greater inflection point in society being driven by the wider region and the tech economy it spawned. Following in the oral history tradition of Studs Terkel, Cary McClelland sat with over 150 people around the Bay Area, and does a great job of making their stories the story of the book—nuanced, diverse, complicated, intertwined, and ongoing—letting residents excavate the region’s rich history, dissect its perilous present, and offer visions for its future. It is the story of longshoremen and housing activists, Google employees and cab drivers, the homeless and the powerful, and everyone in between all mixed together in a kaleidoscopic stew of humanity and great storytelling. We meet those whose illustrious past business achievements make them perfect candidates for explaining what makes the ecosystem of Silicon Valley work, and how to replicate it elsewhere. We also meet many whose example demonstrates how that ecosystem hasn’t worked for them, and why we might not want to replicate it. It reveals a divide between individuals yearning for social justice who might not have access to the substantial resources around them or the ears of the technologists, and the technologists themselves who speak often about changing the world, but are sheltered from most people’s life experience and daily realities. “These stories speak not just to San Francisco or California,” writes McClelland, “but to America. […] Wealth inequality is an American problem. The changing workforce, rapid gentrification, infrastructure collapse, climate change, overcrowded prisons, struggling schools, atrophied public institutions—these are problems in any city, in any state across the country.”

The tech economy is mostly about bringing convenience to the already comfortable these days, but it offers little participation—which is the backbone of our democracy and the only way to ensure economic justice. The voices of Silicon City help us ponder if there is a better way.

Silicon States: The Power and Politics of Big Tech and What It Means for Our Future by Lucie Greene, Counterpoint

If the disruption so celebrated in Silicon Valley were confined to the Bay Area, it would be one thing. If it were confined to the business world, it would be another. Of course, it is neither. So, we must ask what happens when Silicon Valley layers the information superhighway on top of all our communities and city services. “When the city becomes connected,” warns Lucie Greene, “all urban life becomes another product.” This is, to a large extent, already happening. The largest technology companies have become veritable nation states unto themselves. Facebook has more users than any single nation has citizens. Apple’s cash reserves, at $285 billion in 2017, are more than double that of the Federal Reserve. The State Department, in 2016, even appointed an official ambassador to Silicon Valley—as if it were a nation separate from our own. And, indeed, with the power and influence it wields, it often acts as one. And these companies not only surveil the populace more than any government in history, “they know each individual, in some ways, better than friends or families ever could”—better than we know ourselves in some cases. Meanwhile, the government, once the primary engine of innovation in the world, has largely ceded that role to the tech sector, all as the companies that dominate the tech sector have largely avoided the taxes and regulation they might impose. As they've built their wealth, society has become more diverse, even as tech itself has become more exclusively white and male in that time. This has led tech's vision of the future to become, as Greene puts it, one “architected almost singularly by privileged white men.” That is, it looks a lot like the the nation's past, except with white men that are more socially awkward and less educated. As tech encroaches upon the civil services we all rely upon, and with all the implications it has for our privacy, the press, and so much else, Lucie Greene's Silicon States asks us to pause and ask, is this the future we want? 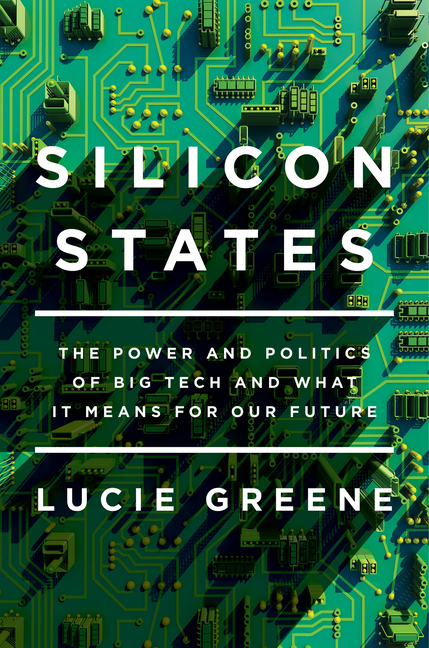 Silicon States: The Power and Politics of Big Tech and What It Means for Our Future 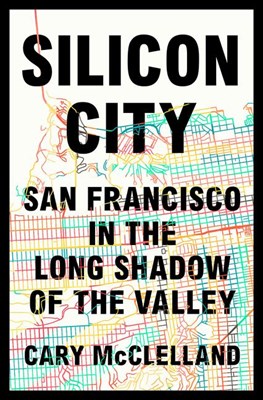 The Pan-Industrial Revolution: How New Manufacturing Titans Will Transform the World

Gigged The End of the Job and the Future of Work 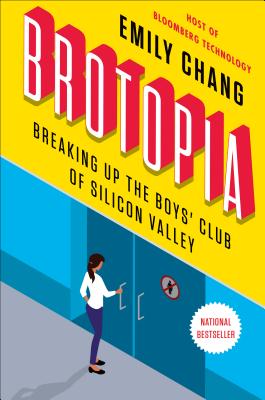