Heather McGhee's brilliant and beautifully written book examines the origins of the zero-sum narrative that is used to divide us as individuals and undermine us economically, and asks us to embrace instead the power and possibilities of the Solidarity Dividend.

The 2021 Porchlight Business Book of the Year is The Sum of Us: What Racism Costs Everyone and How We Can Prosper Together by Heather McGhee, published by OneWorld. 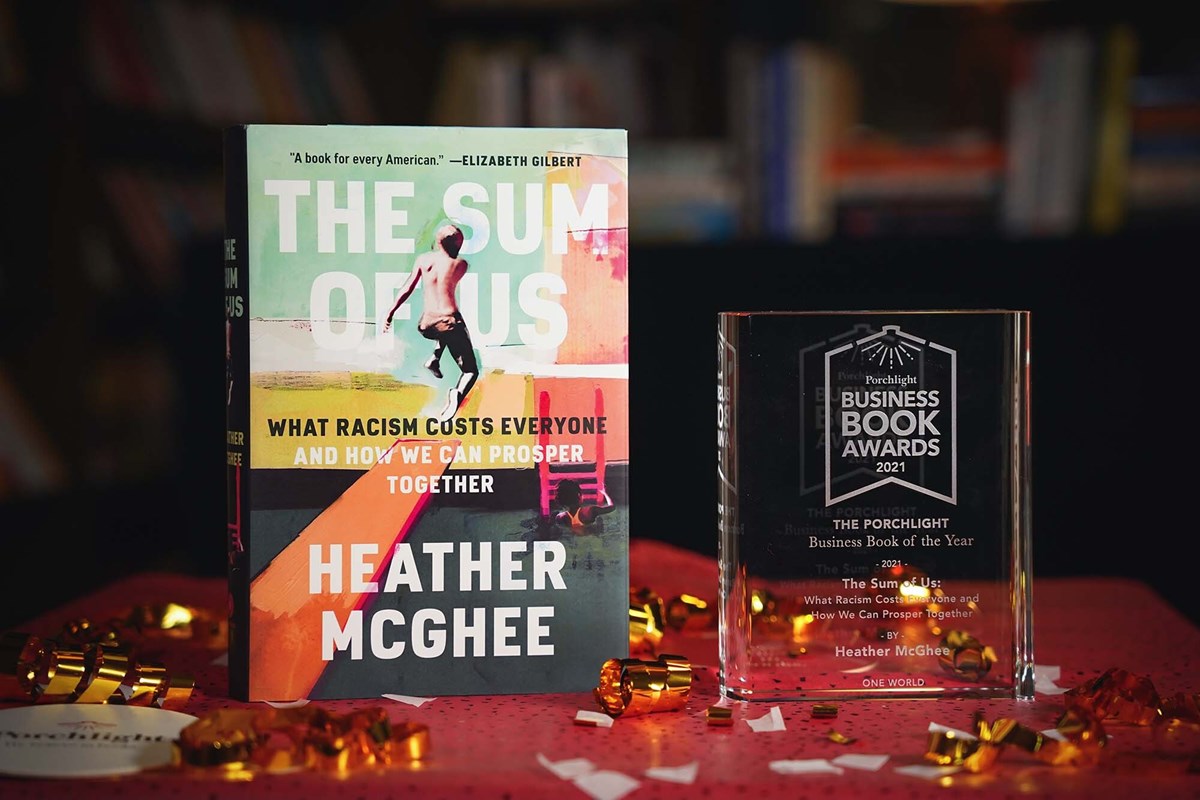 Upon reading the book, Porchlight Owner, President, and CEO Rebecca Schwartz stated that:

The Sum of Us: What Racism Costs Everyone and How We can Prosper Together is an urgent and important book for our historical moment. Rejecting the zero-sum paradigm so often used as a bogus and obscuring device to prevent white Americans from recognizing the universal costs of racist policies, McGhee deftly illustrates how the all-or-nothing premise that whatever benefits Black people must necessarily harm whites is false and indeed harms everyone, in some ways most especially the whites most involved in its propagation. Through personal stories, interviews, research, historical evidence, and the sharp eye of an economic analyst, McGhee comes to portray what she calls the “solidarity dividend,” the gains we all can make when we defy the racial script written for us before the founding of our country and work together across race to improve opportunity, equality, and quality of life for all in this country. The Sum of Us rejects the fiction that Americans are inherent competitors. As McGhee says, “[W]e must emerge from this crisis in our republic with a new birth of freedom, rooted in the knowledge that we are so much more when the 'We' in 'We the People' is not some of us but all of us. We are greater for, and greater than, the sum of our parts.”

McGhee’s book—as brilliant, beautifully written, and ultimately buoyant as it is—is not an easy read. The truths McGhee reveals will make readers uncomfortable or even angry at times. She unflinchingly exposes the brutality of an economy built on the backs of slave labor in colonial America, a system that was preserved and even enshrined in law when the colonies coalesced into a single nation. She explains how, even after a bloody Civil War between the states ended slavery, systematic oppression of Black Americans was extended through Jim Crow laws and mass incarceration and how, as New Deal and postwar economic policies built a robust middle class that would come to define the American Dream, the Black community was refused entry and redlined out of it. And when Civil Rights legislation was enacted that might finally secure that access, a large portion of the wider populace that had already reaped the benefits suddenly decided that the government providing for the social good wasn’t such a good thing to do after all. White America, it seemed, would rather do without public investment in their own communities and wellbeing—would rather go without everything from public swimming pools that once formed a focal point of communities across the country, to affordable public universities, let alone any shot at public healthcare—if Black Americans were going to be considered a part of the public with shared access to them. Social progress and economic justice for some was posed as a threat to others—a zero-sum narrative that had its roots in the beginning of our colonial history and the institutionalization of chattel slavery. McGhee lays out this history not to dwell on the past, but to explain how much of our present is intertwined with and influenced by it—how that narrative, in fact, continues to hold sway today.

It is a history and reality that many don’t want acknowledged or taught today, but we believe it is a profound and impactful presentation of the facts, past and present, that need to be examined and addressed as we continue to build our businesses, consider economic policy, and engage in public life. As McGhee writes:

The narrative that white people should see the well-being of people of color as a threat to their own is one of the most powerful subterranean stories in America. Until we destroy the idea, opponents of progress can always unearth it and use it to block any collective action that benefits us all.

The only way to destroy such a deeply entrenched idea is to expose it for the lie that it is and show its insidious effects on us all. And that is exactly what The Sum of Us does. And it is, in the end, a hopeful and inspiring book, calling on us to remember the power we have as individuals and communities to work together, to “live our lives in solidarity across color, origin, and class,” to protect and extend what we have come to call the American Dream by ensuring that it is accessible to all. 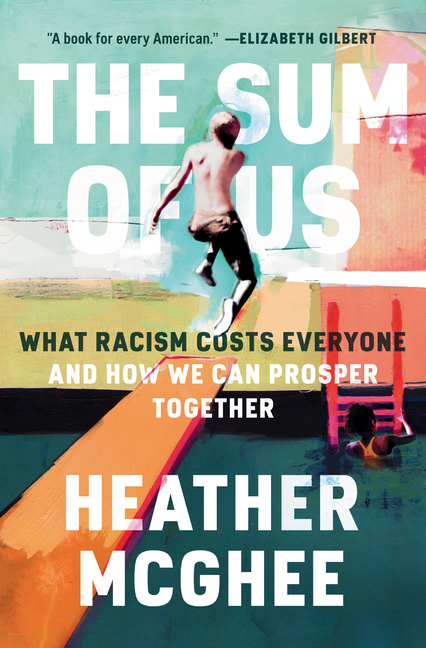