Train Your Brain For Success

When I was young, my parents signed me up for a speed reading course. According to the course, speed reading had all sorts of benefits to learning. I had average grades but a higher than average level of memory. When I was young, my parents signed me up for a speed reading course. According to the course, speed reading had all sorts of benefits to learning. I had average grades but a higher than average level of memory. Because of that, my parents wondered why the grades weren't higher, since I seemed to be able to remember most everything. Maybe this speed reading course would help, they thought.

At first, it seemed very unreal to me - scanning your finger along a line of text, watching words turn into a mere design element. And that was the first lesson: I realized that in general, much of the information I took in I mentally turned into something else, something that dismissed its inherent value and replaced it with my own idea of what it could be. As the course progressed, eventually we "read books" simply by brushing our open-faced hands across entire pages per second, catching fragments of words, syllables, and letters in our eyes and minds. As these things entered my mind, I began creating imaginary bins to put them in. For instance, similar meaning words would get placed into one bin, long words another, small words another. After "reading" had commenced, I would mentally take stock of these bins, and get a general sense of what I had just taken in based on these small elements. This exercise, if nothing else, helped me focus on how bits of information can create a larger idea, instead of ignoring or replacing these fragments with something I made up.

Over time, I exercised my brain to think more critically about all input, what it might mean, and how it might be used. My brain got trained. Roger Seip's new book is about this kind of training. Titled, Train Your Brain For Success: Read Smarter, Remember More, and Break Your Own Records, it shares some similarities to the experience I described. The use and development of memory is often referred to within the book, and the idea of scanning pages, using your eyes and brain in conjunction in new and stronger ways is also part of Seip's theory. In addition, these concepts lead into setting goals, understanding emotional and mental barriers (and how to overcome them), and accomplishing more, successfully, in less time. The book begins by addressing the problem with how we likely originally learned to learn. Seip states:

The point is that we have been taught throughout education to memorize something, not learn it. Seip calls for true learning, in order to deal with real life issues in better ways, make less mistakes, and achieve our goals. Throughout the chapters of the book, the reader is taken step-by-step just how to do this. Whatever industry, discipline, or objective is yours, you'll want to read this. The book is filled with insightful information that can be instantly put to test. And speaking of tests, they also exist in the book, making this informative and useful for making your brain sharper and your direction more focused. I'll end with a quote from the book about Direction:

We've learned that human beings operate best when they know where they are going, and that the destination is one they have decided upon themselves. Think about anytime you went on a road trip or vacation. One of the most exciting parts was right at the beginning, yes? As soon as you started moving, you got a lift just from knowing that you were heading toward something fun. Even though you weren't anywhere close yet, you got the buzz right away... Same thing goes for an exercise plan. You usually start reaping the motivation and self-esteem benefits long before you start seeing significant results; you reap them as soon as you start moving in the direction of your goals.

So, get started with training your brain, and let the excitement begin. 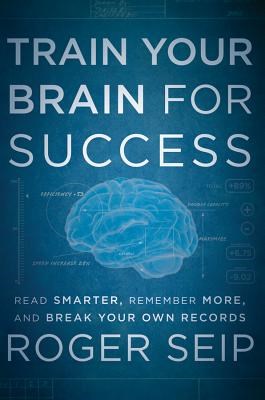 Train Your Brain for Success: Read Smarter, Remember More, and Break Your Own Records