Like many things, perhaps working hard for happiness makes those moments of happiness, in whatever form, savory rather than just sweet.

I recently downloaded Carole King’s Tapestry onto my iPhone to listen to while driving, and as music often does, the very first notes transported me back to the first time I heard the whole album (college, 1990, despite the album's 1971 release date, which, incidentally, was the same year I was born.) Tapestry was King's second album, and in a time when the Internet and MP3 players didn't exist, the best (only?) way to reach people was to hit the road. The album expresses the loneliness of her ambition, of what she had left behind in the pursuit of experience and success, and that loneliness connected with me. King spoke to my own internal restlessness. But she also spoke to the ambivalence I felt about moving away from home. I wanted more from life than I'd experienced growing up on a farm in southern Minnesota, but I was scared of what looking for that thing would require of me.

King is such a master of the simple, plaintive line that her lyrics can seem trite, especially now in light of the karaoke and reality TV covers of her music, but there are plenty of phrases, given shade by her unusual voice, that I'm still drawn to, some twenty-five years later. She pulls me easily into her story, into her mood.*  But now I find I am internalizing King's music differently than I did in 1990. Certainly she is singing about loneliness and fear, but she is also singing about love, and hope, and how we can come out from under the blanket of grey that sometimes settled upon us. One line that has been on repeat in my head when I get in bed at night is from the song, Beautiful: “You got to get up every morning with a smile on your face and show the world all the love in your heart.” She goes on, "Then people gonna treat ya better, you're gonna find, yes you will, that you're beautiful as you feel."

I’d prefer to think of myself as slightly more cynical than my fondness for those lyrics may indicate, and it is true that my emotional state bends, like a dowsing rod, towards pools of somber moodiness, but I've come to realize negativity just isn’t my jam. (Perhaps this is explained in The Optimism Bias by Tali Sharot.) I suppose I’ve learned that life introduces you to enough sorrow at some point along your road, so there isn’t much need to invent it for yourself. But I do employ certain strategies that keep me from veering too abruptly and too deeply into melancholy, and one of them is a newer practice I call “The Power of Pop Music.” Now, there’s nothing profound here, but I began to realize that when I leave work and begin my commute home, my thoughts tend toward the reflective. And my reflection then tends toward to rumination. As many researchers have found when looking closely at willpower, when our minds have spent an entire day making tough decisions, we have less energy to do the same later in the day, and we tend to lose control. For example: this is why most people overeat later in the day—they have simply used up their willpower strength, much like a muscle that gets overworked. (You can learn more about this phenomenon in Willpower: Discovering the Greatest Human Strength by Roy F. Baumeister and John Tierney.)

While I can generally stay focused during the work day, due to the positive forward motion of getting tasks done and myriad online distractions, that "down time" in the car can allow stress or anxiety to infiltrate my brain. So how do I keep myself in a more positive mind-frame? I stopped listening to my beloved NPR, or any news, really, because media, even public radio, offers up a staggering amount of bad news that I struggle not to internalize. So, I started listening to pop music. While Katy Perry, Taylor Swift, and Justin Timberlake may not present staggeringly inventive musicianship to those who care about that kind of thing, I do find that, to deliberately misinterpret classic popsters, Sonny & Cher, “the beat goes on” and “drums keep pounding rhythm to the brain” and I'm able to get out of my own way.

Circling back to King’s Beautiful, there she is suggesting that your determination, or your mindset, or simply the act of smiling, can change not only how people regard you, but also how you feel. (Paul Dolan, author of Happiness by Design: Change What You Do, Not How You Think, would agree.) I use pop music—classic and contemporary—to try to control my feelings, to keep my mood light, or maybe keep the mist at bay until a more appropriate time. I've always been a believer in really experiencing my authentic feelings, but I've also come to believe that being an adult means learning some kind of mastery over those feelings, and experiencing them at appropriate times, not whenever they feel like popping up like dandelions in a well-manicured lawn. Though perhaps fiction writer, Ben Marcus, has it right, when, in his (dark, dark) book, The Flame Alphabet, he writes: "Eventually you stop paying attention to your own feelings when there's nothing to be done about them." Or Carol King too has it right when she sings in So Far Away: “Nothing I can do but close my mind.” Maybe it's not the bad news that alters our way of looking at the world; perhaps when we close ourselves away from the hard feelings, we also become inured to the good stuff, the fragments of happiness that float through us like sun-revealed dust particles, often hidden but always there. I hope not. Because those moments of happiness are what we all work toward. So the simple act of paying attention to them could really pay off.

You need only Google the word "happiness" to be instantly inundated with the number of books (and videos, websites, seminars, therapies, philosophies...) available regarding the obtaining and sustaining of a state of happiness. The prevalence of the topic indicates we aren't happy, and that we must actively pursue happiness, win the battle against darkness, or perhaps, apathy. Authors such as Ayn Rand and Elizabeth Gilbert (that'd be a seriously interesting dinner party) echo Balzac: "All happiness depends on courage and work.” Gandhi and the Dalai Lama are more inclined to suggest you open the door and allow happiness to come in in its own sweet time. Still there are other authors who treat happiness more like a stray dog who must be coaxed and cajoled to come ever closer. Perhaps Gretchen Rubin and her Happiness Project led the way to the new influx of books that have come out that promise to teach you strategies to work happiness into your life, even if you have to put it in a full-nelson to bend it to your will.

Why is working toward happiness a worthwhile pursuit and not just some ponderable 'First-world' problem? In Rubin's words:

I knew it was certainly easier for me to be good when I was happy. I was more patient, more forgiving, more energetic, more lighthearted, and more generous. Working on my happiness wouldn't just make me happier, it would boost the happiness of the people around me.

If you, like me, are one of those folks who either feels compelled to chase down happiness, or even if you are someone to whom happiness comes easily, like Rubin herself who considered herself quite happy before embarking on her happiness project, or like my dog who lights up at the slightest provocation, the following books can help you pay attention to and increase your openness to what many philosophers believe to be the most important feeling: happiness.

And some more recent and upcoming titles:

And, off the beaten path, you'll find:

Or, if you are completely opposed the idea of striving for happiness, then Eric G. Wilson’s Against Happiness: In Praise of Melancholy may be your preferred read.

It seems, then, that life is about making a choice about defining and finding your own brand of happiness. The late David Foster Wallace, in his famous commencement speech at Kenyon College in 2005, showed this in his unerring ability to use specificity to illuminate generalities:

Perhaps it is unfair that some people have to work harder for happiness than others, whether it’s because of some unusual brain chemical process that misfires, or whether it’s because life has indeed sent unreasonable obstacles their way. But then maybe happiness becomes something else entirely. Maybe instead of that trip to Italy, which you can’t take because your parent or child or spouse is ill, then it becomes an hour sitting on a dock, with a book and a breeze.

Maybe happiness, then, is like that celebrated oral taste, umami, which some consider a taste all its own and others consider an enhancement of all four other tastes (sweet, sour, bitter, salty). Happiness can come to us in a straightforward manner, like, “Hey, I just won $100 playing the state lottery scratch game!” or the visitation of happiness can be more complex, requiring there to have been some sadness, and some disappointment, and some effort to help us define what happiness is to us individually.

Yes, it can seem terribly unfair that we—most of us—have to process happiness, that it can’t just rest upon us like a glittery mantel anointed. But like many things, perhaps working hard for happiness makes those moments of happiness, in whatever form, savory rather than just sweet.

*Other King lyrics I love:

So Far Away: “It would be so fine to see your face at my door. It doesn’t help to know you’re just time away. Long ago, I reached for you and there you stood.” (8:10 in the video below, with James Taylor on guitar, 1971) 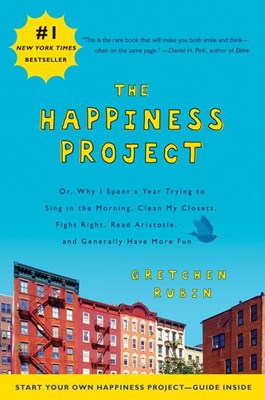 Happiness Project: Or, Why I Spent a Year Trying to Sing in the Morning, Clean My Closets, Fight Right, Read Aristotle, and Generally Hav (Revised) 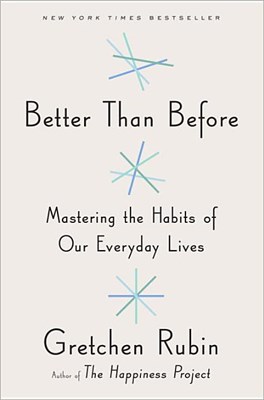 Better Than Before: Mastering the Habits of Our Everyday Lives 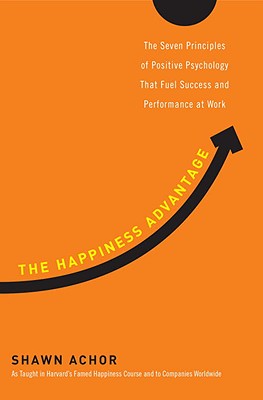 The Happiness Advantage: The Seven Principles of Positive Psychology That Fuel Success and Performance at Work 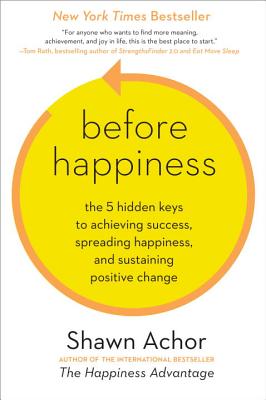 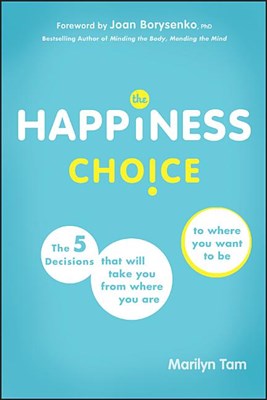 The Happiness Choice: The 5 Decisions That Will Take You from Where You Are to Where You Want to Be 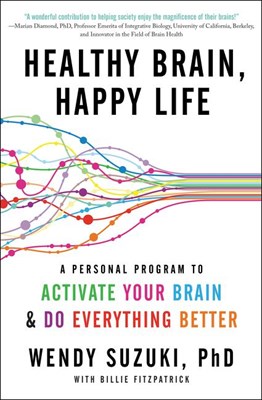 Healthy Brain, Happy Life: A Personal Program to Activate Your Brain and Do Everything Better 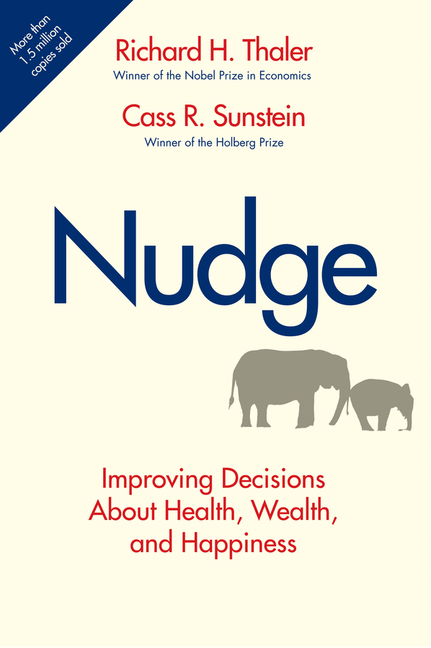 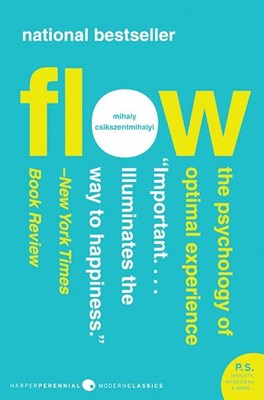 Flow: The Psychology of Optimal Experience

Hacking Happiness: Why Your Personal Data Counts and How Tracking It Can Change the World 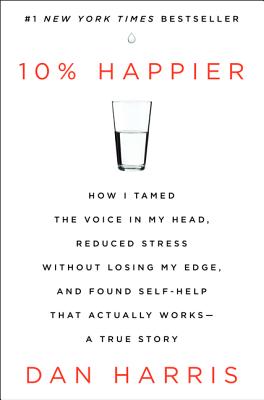 10% Happier: How I Tamed the Voice in My Head, Reduced Stress Without Losing My Edge, and Found Self-Help That Actually Works - A T

10% Happier: How I Tamed the Voice in My Head, Reduced Stress Without Losing My Edge, and Found Self-Help That Actually Works - A T

Better Than Before: Mastering the Habits of Our Everyday Lives