Gillian Tett explains how the tools of anthropology can be used in every aspect of our life and work to better understand what is happening around us and why—and how to make it work better. 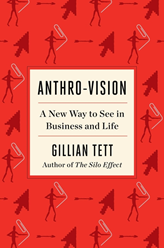 Anthro-Vision: A New Way to See in Business and Life by Gillian Tett, Avid Reader Press

We are having a reckoning with the role of experts and expertise in our world today. Some of it is dangerous, such as when it undermines our ability to accept and adhere to verifiable facts in our largest, most contentious, and important debates. But some of it is well-earned, as studies have shown that experts aren’t any better at making predictions based upon those facts—even in the area of their expertise—than the average person (and the average person isn’t very good at making predictions). It is why an event like the Great Recession, which seems perfectly predictable in hindsight, was not predicted by more experts. One person who did predict it was award-winning financial journalist Gillian Tett, and it may have something to do with her fieldwork studying marriage rituals in Tajikistan—not because they are related in any way, but because of the mindset and tools she learned as an anthropologist, and how it shaped how she sees the world.

Tett’s 2015 book, The Silo Effect, turned an anthropological lens on organizational silos and how they can be broken down to incubate ideas across different disciplines and unleash innovation. Her new book, Anthro-Vision, broadens those lessons to “the need to make the ‘strange familiar,’ to make the ‘familiar strange’” in every aspect of our life and work. As Tett writes:

These ideas are as useful in making sense of an Amazon warehouse as in an Amazon jungle.

She encourages us to use a new AI—anthropology intelligence—alongside big data, social science alongside computer science, to uncover what we’ve become blind to and overcome our pre-existing biases. Rather than abandon expertise or science, we can embrace it by broadening it, develop lateral vision instead of tunnel vision, learn more about each other and more about ourselves in the process. 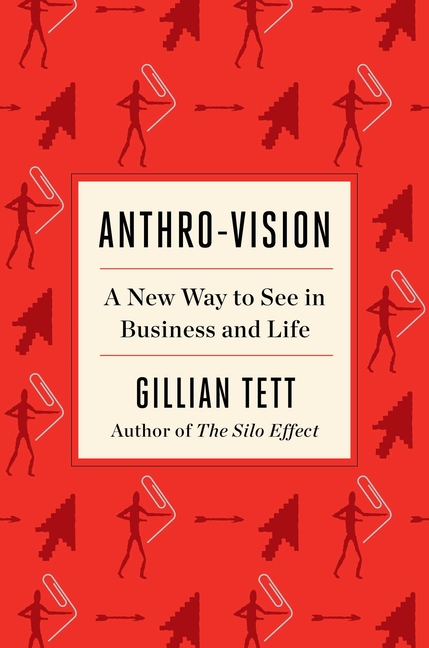