When you booted up Windows 95, a man named Brian Peter George St. John le Baptiste de la Salle Eno made that experience more remarkable and memorable. He made the little league game at the end of the movie Traffic seem profound and timeless—a gentle, reassuring reminder that the universe is stitched together of individual, seemingly mundane moments.

When you booted up Windows 95, a man named Brian Peter George St. John le Baptiste de la Salle Eno made that experience more remarkable and memorable. He made the little league game at the end of the movie Traffic seem profound and timeless—a gentle, reassuring reminder that the universe is stitched together of individual, seemingly mundane moments. His music makes one think and write things like that, takes you to different dimensions and other worlds. Just writing this post caused me to stumble across a YouTube video that is nothing but the Windows 95 Startup Sound for 10 Minutes, and not only did I listen to it, but I took the brilliant advice of the only intelligent comment I've ever come across on YouTube and played it in multiple tabs at once. The result was 10 minutes of bliss. Window 95 slowed down 23 times is also lovely (and if you happen you watch the equally slowed down Microsoft commercial that accompanies it, pause it at minute 2:12).

I write of Brian Eno today because he has showed up in two books that have floated across my desk recently. Both books—Culture, edited by John Brockman, and The Innovator's Cookbook edited by Steven Johnson—are compilations of material that include interviews with Eno. You may know the editors... Steven Johnson from his wonderful 2010 book, Where Good Ideas Come From, and John Brockman from his many compilations, including This Will Change Everything: Ideas That Will Shape the Future, My Einstein and The Mind—the last of which was released alongside Culture earlier this month. Brockman is also the author of The Third Culture: Beyond the Scientific Revolution.

In Culture, Eno observes that art "seems to to be something we are biologically inclined to do," that "all human groups engage in something that we call artistic behavior" and talks about the need to develop a language for having a conversation about the arts. He compares the transition he's looking for to the way Darwin changed the field of natural history forever by giving it a common language—taking it from a science that simply collected material to one that could develop theories about the material collected. He goes on to discuss his own theory that we codify most of our knowledge in metaphors, and that "Science ... enables us to come up with a structure upon which we can build useful metaphors.: He continues: "This is why artists are interested in science ... because science keeps coming up with big ideas, like chaos, like complexity, that we then think, ah , yes, perhaps that's how a lot of things work. Then we have a new metaphor." Speaking of the spectrum, or continuum, our minds move along, he says:

If I drew [a] spectrum of the highly rational to the highly intuitive, what I would have to say is that we don't spend much of our time at either of those extremes. We spend most of our time somewhere along the middle.

You have art writers who constantly celebrate the "intuition" extreme and think that this is the sort of apex of human existence, and you have scientists who by default, almost, dignify the other one. That's where they live, or that's where they'd like to live. They want to be able to make the kind of statements that push that boundary. What I would like to see is a conversation that admits that we spend most of our time somewhere in the middle, and we ought to find a way of thinking about it.

I suppose at the root of all this is the feeling that possibly the only way that humans can remain cooperative is by those of us who are artists or who are interested in the arts realizing that we have some kind of a job to do. It's no good anymore, as far as I'm concerned, for artists to just take the bohemian attitude of, oh, it just comes out of me, and I don't know what I'm doing, etc. I just can't stand that; I don't want this romantic attitude that says artists shouldn't be a part of this planet. This is a real job, and it has to do something. In Steven Johnson's The Innovator's Cookbook, coming out in October from Riverhead Books, he discusses how technologies spark innovation, not the other way around: I think one thing that is interesting that I don't think people acknowledge is that normally we think that technologies arise out of good ideas. So somebody has a brilliant scientific notion or artistic notion and then they create the technology to realize it. But actually I more and more think that it's the technology that precedes the understanding of the principles. This is what happens in science a lot: a tool is invented, and the tool then leads to some new realization, something that you could now do or see or understand that you could never have understood before. I think that often happens in the arts. Think for instance of my favorite example—because it's the one I've spent my life working in—the recording studio. The multitrack studio was invented for completely mundane reasons so that engineers could could more easily balance the voice against the rest of the performers. They didn't have to make all those decisions before the recording; they could do it afterward. But of course, that humble invention gave rise to a whole different way of making music, really a different understanding of music completely.

Beyond Eno, Brockman's book contains Clay Shirky (author of Here Comes Everybody and Cognitive Surplus), Jaron Lanier (You Are Not a Gadget) and Douglass Rushkoff (author of Get Back in the Box: How Being Great at What You Do Is Great for Business, Life, Inc. and Program and Be Programmed) among many others. Johnson pulls from the minds of Clayton Christensen (The Innovator's Dilemma), Richard Florida (The Rise of the Creative Class), Tom Kelley (The Art of Innovation) and more. The two books also share Stewart Brand (author of Whole Earth Discipline among other books) as a contributor. Taken together, they make for a really interesting read about culture, innovation, the culture of innovation, and the innovation of culture. I highly recommend both books—and Brian Eno. 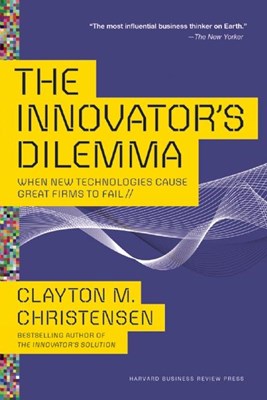 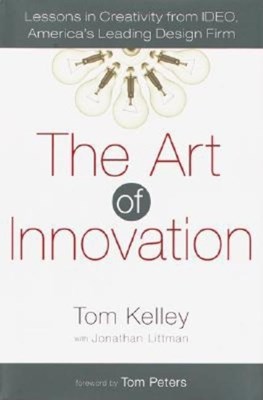