Editor Natalie Eve Garrett has pulled together an impressive and diverse roster of writers who revisit some of the most tender moments of their lives through the lens of food. 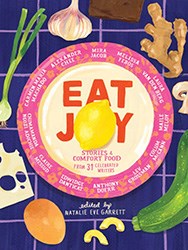 Memories associated with food—both taste and smell—are some of the most powerful ones buried deep in our brains. Every time I smell fresh chamomile or ripe strawberries or taste peas straight from the pod, I am instantly transported to my grandma’s farm in rural North Dakota, even though both she and the buildings are long gone. I am ten again, feeling the strong, clean prairie wind on my face, smelling the tractors circling in the barley fields, and seeing the floppy yellow handmade hat that Grandma put on as she took off on the riding lawn mower, which doubled as her transportation around the sprawling farmyard in later years.

Everyone has specific foods or dishes that trigger an avalanche of memories and emotions that seem to convince us for just a moment that we are indeed living in the matrix. Maybe for you, it is something as simple as freshly peeled garlic or as complex as chicken tamales made with masa from scratch and covered with a velvety mole negro with an ingredient list as long as your arm. Eat Joy: Stories & Comfort Food from 31 Celebrated Writers steps into that powerful world of food and memory with generosity and grace. Editor Natalie Eve Garrett (The Artists’ and Writers’ Cookbook) has pulled together an impressive and diverse roster of writers who revisit some of the most tender moments of their lives through the lens of food.

The essays are organized into four sections (Growing Pains, Loss, Healing, Homecoming), and each concludes with a recipe. While I am not normally the kind of reader that flips to the end of a story first, I found myself letting the questions raised by the recipes dictate my circuitous path through the book. Is Malie Meloy’s tale of Depression Pancakes set in the 1930s or rooted in a deep malaise? Who is Fide, the main character in Chimamanda Ngozi Adichie’s “Sierra Leone, 1997”, and why is he making Jollof Rice? Of all of the bold dishes found in Haitian cuisine, what motivated Edwidge Danticat to write about Diri Blan (White Rice)? And who can resist reading a story that ends with You-Are-Ten-and-Tender-and-Can-Only-Make-This-One-Thing and Cheese?

Each story is so short that I’m hesitant to write about them for fear of giving away what makes them so powerful. Instead, I’ll simply share a few of the quotes from this book that touched me, in hopes that they touch you, too, and pull you into the world of this moving collection.

"I was also eating enormous quantities of food, not as a replacement for drugs, or as a matter of neurotic compulsion, but as a way of enjoying a feeling of good health that I hadn’t known in many years." —Aaron Their

"I fed myself like a woman who needed to love the world again." —Carmen Maria Machado

"[He] hoped one day they would feel, as he did, that one could easily return home simply by lifting a fork to one’s lips." —Edwidge Danticat

I love the writing found in these pages, and I’m itching to dig into the recipes shared. But mostly this book just makes me want to make a big pot of rice pudding with cinnamon, cardamom, and golden raisins and sit down to write all of the stories connected to food that are suddenly flooding my mind. Cooking and eating and remembering and writing and writing and writing until the smell of warm rice pudding becomes entwined with the memory of me writing my first book.

Blyth Meier joined us to lead our marketing department in 2015 after doing that work for the Milwaukee Film Festival for the previous five years. While she made good use of her filmmaking degree at that job, here she has returned to her first love—books. As an undergraduate English major at the University of North Dakota, Blyth’s favorite time of year was the annual Writers Conference, which brought many of her soon-to-be favorite authors to the remote Northern Prairie. Blyth lives in the Riverwest neighborhood of Milwaukee with her family, where she takes photographs, makes films, tends her vegetable garden, cooks good food, and participates in the neighborhood’s annual 24-hour bike race. 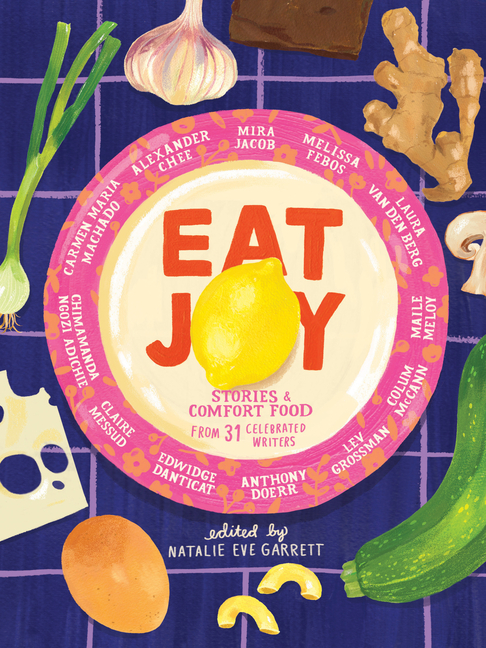