Fire & Ice: The Volcanoes of the Solar System

If you’re interested in recapturing some of that fascination you had if you ever made a volcano in school, or were even just intrigued when you saw the experiment on screen (and who hasn’t) take a journey uncovering the universe's volcanoes, hot and cold, in this interesting read by Natalie Starkey. 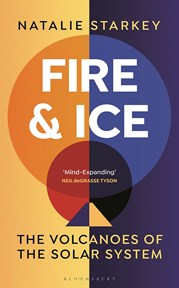 Many of us have middle school memories of creating a papier mache volcano, and watching the red foam come spilling from the top with fascination and glee. Natalie Starkey, a geologist and cosmologist, has written an in-depth look into what makes volcanoes and what we are still discovering about their origins and locations within the solar system. Yes, there are volcanoes on other planets! There are ice volcanoes, volcanoes that release matter other than lava, volcanoes above ground, under oceans, and volcanoes that sit on top of other planets within the solar system. They range in shape from the average stunted pyramid we all learn about in elementary school, to shield volcanoes, submarine volcanoes, mantle plumes, and more. We know that Earth and Venus still have active volcanoes, as do moons of Jupiter, Neptune and Saturn. And many other places in our solar system, including Mars and even our own moon, show ample evidence of past volcanic activity. These activity impressions help us know the past terrain of the planet or moon and what once was. But there is still a lot we don’t know:

Applying our knowledge about Earth’s volcanoes to the many existing in space has its limitations. Not only are volcanoes in space hard to get to, difficult to obtain images of and measure and analyze, but their eruptions occur in environments that are very different from those on Earth. Nevertheless, the best way for us to understand what we see in space is still to study Earth’s volcanoes.

We, as humans, have been studying volcanoes for centuries, but there is still so much we don’t know, and most of what we do know only pertains to what we have experienced here on Earth. What about the volcanoes throughout the solar system that do not fit into our box in definition? If you’re interested in recapturing some of that fascination you had if you ever made a volcano in school, or were even just intrigued when you saw the experiment on screen (and who hasn’t) take a journey uncovering the universe's volcanoes, hot and cold, in this interesting read by Natalie Starkey. 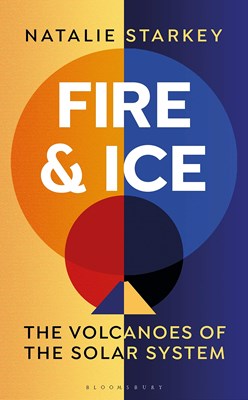 Fire and Ice: The Volcanoes of the Solar System