From Values to Action

"The National Leadership Index 2010, compiled by the Center for Public Leadership at Harvard University's John F. Kennedy School of Government, showed that American's confidence in their leaders was 'significantly below average' for a third year in a row. " From Values to Action, page 3.

"The National Leadership Index 2010, compiled by the Center for Public Leadership at Harvard University's John F. Kennedy School of Government, showed that American's confidence in their leaders was 'significantly below average' for a third year in a row." From Values to Action, page 3.

"Significantly below average" probably significantly overstates the confidence we have in our leaders at the moment. But that statement, from the introduction to Harry M. Jansen Kraemer Jr.'s From Values to Action, touches upon why this book is critical. As a business executive who worked his way up a multibillion-dollar health care corporation to become its chairman and CEO, Kraemer's approach to leadership was naturally developed and tested in the real world for over 20 years—at no time more so than when a dialysis filter manufactured by his company in Sweden was blamed for the death of over 50 patients in Europe, an episode recounted in a 2002 Fast Company article entitled Harry Kraemer's Moment of Truth. From that article:

What did Harry Kraemer do? He did something that feels unusual—subversive, almost—in light of the air of mistrust and criminality that pervades big business. "When in the past nine months have you ever heard a corporate executive apologize?" marvels William W. George,* the recently retired CEO of medical-instrument maker Medtronic Inc. The answer: almost never.

*You may know Bill George from his own leadership books Authentic Leadership, True North and Seven Lessons for Leading in Crisis.

Baxter's response to its filter crisis wasn't perfect. But Baxter's CEO owned up to the situation. He told the truth. He took responsibility when it would have been easy not to. His company took a $189 million hit, and he recommended that the board reduce his bonus. In other words, Kraemer did the right thing.

Now, being involved in any way in the deaths of over 50 people is certainly nothing to be proud of—quite the contrary. But acting with dignity, doing the right thing, accepting responsibility and making things right (as much as possible) in the midst of tragic events is something a company can take pride in. Contrast it to the shameful responses by BP, Halliburton and Transocean to the ecological disaster in the Gulf after the Deepwater Horizon disaster, where absolutely no one would take responsibility and their are still fingers pointing and lawsuits flying in every direction.

And Harry Kraemer not only did the right thing in response to the tragic events in Europe, Kraemer did the right thing with regards to the company he led, recommending that his bonus and the bonuses of other company executives be reduced in response to the incident. Imagine for a minute Wall Street executives stepping up to take responsibility for the financial crisis and suggesting their bonuses be cut to to help re-capitalize the banks and repay the American taxpayer, or Congress asking for their pay to be docked until they could find a way to break through their legislative gridlock and put America back to work. The mere idea of our leaders sacrificing their pay, position or power, of their taking a hit for the greater good or taking a firm stand for what seems so obviously right, is so nearly unfathomable that it has been the realm of Hollywood since Mr. Smith went to Washington. Mr. Kraemer suggests, and has proven, that we can lead with our values and a sense of decency in the everyday—even if the day rarely has a Hollywood ending.

Since leaving Baxter in 2004, Kraemer has refined this values-based approach to leadership into a teachable formula as part of the staff at Northwestern University's Kellogg School of Management, and From Values to Action outlines that approach for the rest of us. He has boiled it down to four very human and close-to-the-ground principles: Self-Reflection, Balance, True Self-Confidence, and Genuine Humility. These are seemingly simple principles, but they can be hard to live. It amounts to "doing the right thing rather than being right," which means setting aside one's ego, questioning and considering all approaches and angles even if they seem antithetical to you, and still having enough sense of self to make a determined decision and stand behind it.

It also means taking responsibility if that decision doesn't lead to the desired outcome or when something goes wrong, even if you can sweep it easily under the rug or find someone else to blame. It is during these difficulties—what Kraemer labels the three 3C's of Change, Controversy and Crisis—that your leadership becomes most important, that doing the right thing matters most. Even when it's hard, especially when it's hard, those around you—whether they be family members, teammates, co-workers, employees or constituents—need you take up the mantle of responsibility rather than shirk it, to address problems head-on instead of covering them up or deflecting blame. It is in those times, times like these, that it is especially important hold your head high and maybe even stick your neck out a little, to do the right thing not only for your own integrity, but for the integrity of the entire organization and everyone in it. As Harry Kraemer said way back in 2002 when he was interviewed by Fast Company: 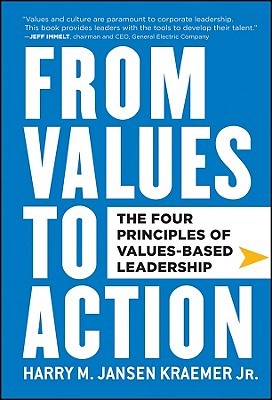 From Values to Action: The Four Principles of Values-Based Leadership 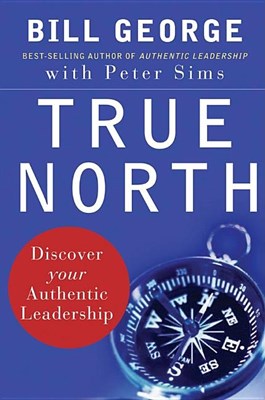 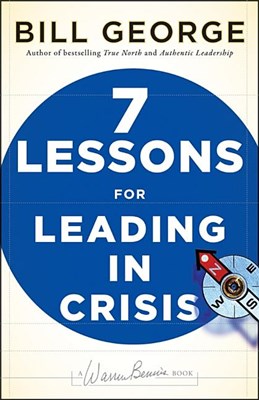 Seven Lessons for Leading in Crisis