Toya Wolfe graces us with her debut novel, a coming-of-age story set on the South side of Chicago, showing it as, yes, a hardened and dangerous neighborhood, but also a strong and resilient community. 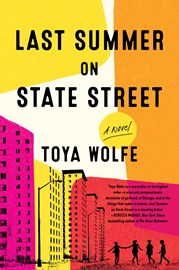 The South Side of Chicago has been stigmatized as a place—known for violence, as a place to avoid, derisively labeled Chi-raq. But for many, including author Toya Wolfe, the South Side is a place called home. Her new novel is a coming-of-age story set there, showing it as, yes, a hardened and dangerous neighborhood, but also a strong and resilient community.

We follow Felicia, known as Fe Fe, and her three friends Tonya, Precious, and Stacia growing up in a neighborhood that was literally being torn apart around them as the Robert Tayor Homes they lived in were being demolished. Add in gangs, crime, and the sound of gunshots, and you really do sense the atmosphere of a war zone developing in the late ‘90s. Simply jump roping in the parking lot could have serious consequences, as severe as catching a stray bullet, if an opposing gang decided to start a turf war right where you were playing.

Felicia, the narrator of this story, is blessed with a strong mother who looks out for her children and tries to keep them safe despite their situation. But there is little she can do when Fe Fe’s beloved brother, Meechie, who keeps to himself, is taken by police one night from his bedroom—for the mere fact that he fits the description of a young Black male.

That night, he went to jail because he was Black and a boy, and to the police, that fit the description of a criminal. I’d learn that Black kids didn’t get the luxury of appearing childlike and innocent, that from the moment we are born, some people start a clock on how long it'll take the boys to commit a crime, the girls to seduce.

The night not only traumatizes Fefe’s brother, but permeates through their family and changes their lives forever. The occurrence transforms Meechie’s life, leading him into a gang and a life of crime so that he eventually becomes what the cops saw in him that night. And he isn’t the only one on that path. One of the girls is lured into gangdom, following her siblings before her, while another is forced into sex trafficking by a drug-addicted mother. The other two find an escape through strong families and refuge in their school:

Our elementary school was not only a refuge in a season of life when we needed to take cover, but it also gave us an example—early in life—of how influential an educator could be. Ms. Pierce would raise the bar high for us, and my friends and I would all grow up expecting that level of quality and attentiveness from every teacher we encountered.

While reading this book, I was reminded of another book I read when I was in middle school about two boys also growing up in the South Side of Chicago called Our America: Life and Death on the South Side of Chicago. They went around their community interviewing neighbors, documenting the dangerous stakes and loss of innocence that often defined growing up in Chicago’s housing projects. I could not help but think back to those stories while reading about the experiences Fe Fe describes in Last Summer on State Street. Reading this story about innocent twelve-year-old girls is, by turn, heart-wrenching, terrifying, and inspiring. As we see what children and the wider cast of characters on State Street are dealing with, from drug addiction to sexual abuse and rape, from gang pressure to the fear of dying young, we are reminded that these stories are essential to the story of our times. I strongly believe that it deserves to be added to school’s curriculum alongside greats like To Kill a Mockingbird, A Raisin in the Sun, and The House on Mango Street. 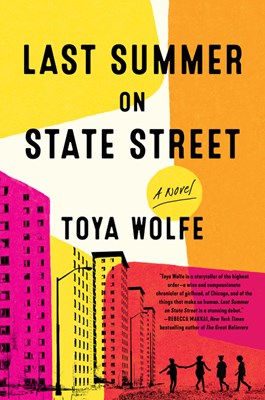