Most of us feel like we’re getting ripped off by the current healthcare system, and that there is little to nothing we can do about it. The first part of that is true; the second part is not. 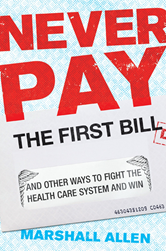 Never Pay the First Bill: And Other Ways to Fight the Health Care System and Win by Marshall Allen, Portfolio

We have been having big public debates about “fixing” the healthcare system in the United States since Harry Truman first proposed universal health care in the aftermath of World War II, when most other countries with economies similar to ours were putting such systems in place. Those endless, emotionally charged debates can leave us feeling as though we have little power in the process, that we have to wait for larger systemic change to get a fair shake. In the meantime, most of us feel like we’re getting ripped off and that there is little to nothing we can do about it. The first part of that is true; the second part is not.

ProPublica reporter Marshall Allen clarifies how we should think and act as individuals dealing with the system when he writes: “Our health care system is not broken. It was made this way.” Our healthcare costs—from the premiums we pay to the cost of drugs, from routine treatments to extended hospital stays, and pretty much everything else—have risen by many times the rate of inflation over the decades. And that, he shows us, is by design. It is unfair not only to us, but to those who provide our care:

The business side of medicine exploits the work of front-line clinicians to reap huge profits—with little regard for what’s reasonable or what patients can afford. It even exploits the clinicians themselves, causing them moral injury and burning them out by making them focus on money instead of patient care.

I hesitated to include that quote, only because I’m hesitant to define what is happening as a legitimate “business.” It is a racket—too often plain and simple profiteering. And…

Everyone expects you to keep paying more money than you should just because that’s how they make their money and that’s the way it’s always been.

That’s true for individuals and employers. It is true, as Marilyn Bartlett found out while leading the State of Montana’s employee health plan, even for governments who we might assume have more power. And they do, when they use it. But we all have the power to negotiate, to get a better deal. Never Pay the First Bill explains how.

Allen will teach you how to fight bogus medical bills, which are unfortunately “extremely common”—way more common than I’d ever imagined, even after having numerous conversations with family and friends over the years about such problems. But we have to realize that we can’t leave the argument to others. We have to fight back, advocate for ourselves, and take on the healthcare system directly. With the advice and examples Marshall Allen provides, we can do so and win. We shouldn’t have to do this, but no one should ever have to stand up to a bully, and as Allen explains, that is exactly what the healthcare business has become. We need to keep having those big systemic debates, but Allen’s book helps us all deal with the system as it exists today, to stand up to its bullying ways and win. (DJJS) 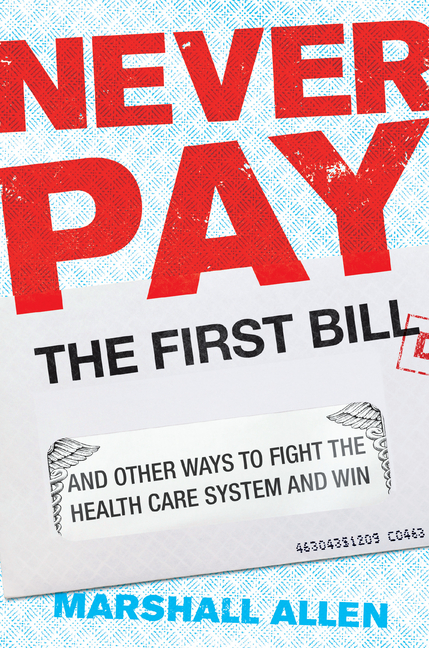