Play Nice But Win: A CEO's Journey from Founder to Leader

The story Michael Dell tells of taking his billion dollar company private is the recurring one in his new book. But the reasons for why he did it run through the entire backstory of his life, which he also shares, bouncing back and forth between the two in every other chapter, delivering a quick and compelling read. 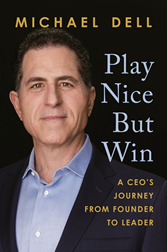 Unless you are planning on trying to buy back a $20 billion public company you founded in a bid to take it private again, the opening pages of Michael Dell’s Play Nice But Win don’t suggest there will be much in the book that will be immediately applicable to your life. Is it fascinating? Very! All of it! But it feels a little (or a lot) above most of our (pretty much all of our) pay grades. At first, at least, because a short time later, as he begins to tell the story of how he arrived at that moment, you’ll learn the strategy he came up with for selling subscriptions to the Houston Post between his sophomore and junior years of high school—a strategy that earned him “a little over $18,000 that summer” of 1981—and you’ll understand that what you’re getting are not just stories of his many business successes, but a glimpse inside one of the era’s great entrepreneurial minds. The story of Dell taking his company private is the recurring one in the book, detailing along the way all the legal and strategic intricacies it took to pull it off. But the reasons for why he did it run through the entire backstory of his life—which he bounces back to in every other chapter—and all the lessons he learned along the way, none more important than one he learned from his parents as a kid growing up in Texas:

My parents had a saying for when my brothers and I went out to play street ball with our friends: “Play nice but win.”

Here’s the thing: I am not particularly interested in most of the things Dell is obviously super passionate about, and yet I remained riveted by the stories he tells in the book. Most people would have walked away very wealthy and ultimately satisfied with business and life at the point Michael Dell decided to take back full control of his company from investors and the short-term focus Wall Street demands. Many in tech build a company with the sole purpose of cashing out and walking away from it. It has become a business model. But Dell wanted to make his the best possible company he thought it could be rather than give it up or cater to what others thought it was or should be. Dell still wanted to play the game, and his enthusiasm for it is infectious. 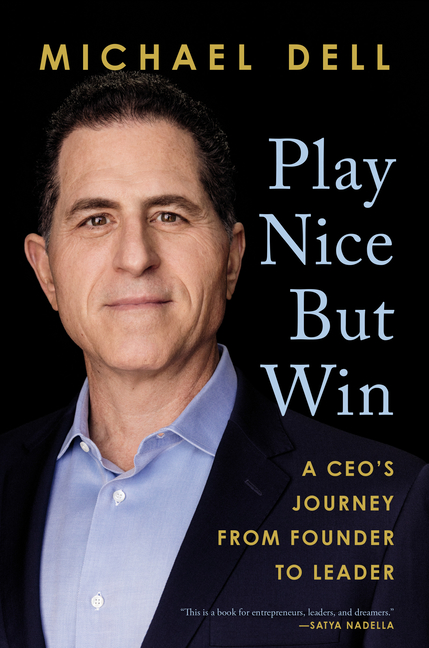 Play Nice But Win: A Ceo's Journey from Founder to Leader