Reading award-winning Wall Street Journal tech and auto reporter Tim Higgins's wonderful and in-depth new book about the history of Tesla, I couldn't help wondering what the story would have been like without the oversized ego of Elon Musk involved, or help thinking that I'd like to read that story more. 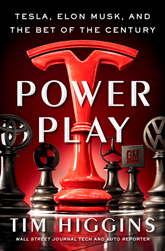 Power Play: Tesla, Elon Musk, and the Bet of the Century by Tim Higgins, Doubleday

Elon Musk has become synonymous with Tesla, so I was surprised to find out that he was not one of the company’s original co-founders when the company launched. It was started by Martin Eberhard and Marc Tarpenning in 2003. Musk joined Tesla as its primary investor and chairman of the board of directors in 2004 and gained control of it through various rounds of funding in the years following. He gained the title of co-founder only in 2009, six years after the company was incorporated, in a lawsuit settlement between Tesla and one of its original founders, Eberhard.

Still, as the public face of Tesla, Elon Musk has become synonymous with not only the company, but with the very idea of a commercially viable electric car. Tim Higgins’s Power Play makes clear that, with the advances in lithium-ion batteries, the electric car’s time had come with or without Musk, and it was an all-out effort he joined rather than created. But he shared the vision of those working on it and threw himself and his money into the project—to the point that he eventually took it over both logistically as the company’s fourth CEO soon after the successful launch of the Tesla Roadster, and as the outsized personality that the press and public latched onto and attached the idea to. In that (and as a member of the billionaires’ space race with the company he actually did start, SpaceX) one of Musk’s most influential creations is the mystique of Elon Musk.

Power Play is a fascinating book in large part because Elon Musk is a fascinating—if sometimes infuriating—figure. But I couldn’t help wondering, while reading the book, what the story would have been like had Musk not dominated it so thoroughly. Perhaps the company wouldn’t have survived to write a story about. Without his PR wizardry, it likely wouldn’t have gained the status as the world’s most valuable automaker (on paper) to make him the world’s richest person (again, on paper). Maybe it wouldn’t have survived. And maybe it would have become a somewhat quieter, less controversial, but still thoroughly paradigm-shifting company. In the end, I’m also left wondering if maybe the company survives today in large part despite him. But the true story of Tesla is not one of a lone genius as much as it is a cast of characters combining their talents, advances in technology, and their collective vision to create a company and a car they thought could change the world. 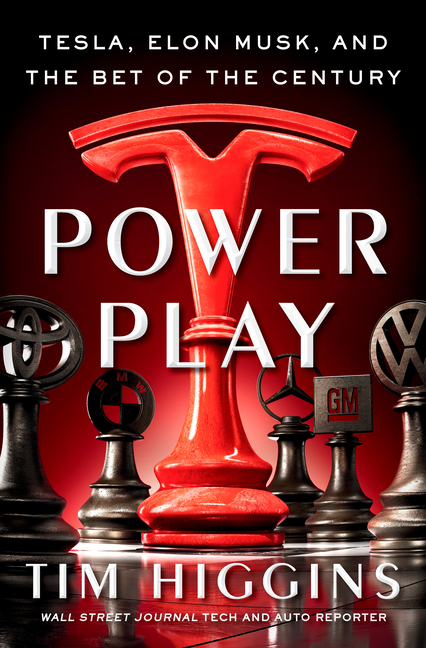