If Vanessa Zoltan can make such thoughtful, universal, contemporary, and personal connections with a nineteenth-century gothic Romance novel, I think that there are endless possibilities for what we can learn from the abundance of diverse authors and stories that exist today. 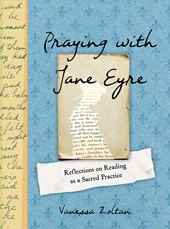 Praying with Jane Eyre: Reflections on Reading as a Sacred Practice by Vanessa Zoltan, Tarcherperigee

Last summer, I reviewed Casper ter Kuile's new book The Power of Ritual, where he revealed the religious qualities of personal traditions and hobbies. The themes of the book directly related to the podcast he co-hosted, Harry Potter and the Sacred Text, in which each episode unpacks a chapter from the book series to explore a universal theme like "love" or "duty." Now, his HPATST podcast co-host, Vanessa Zoltan, shares her own interpretation of legendary works of literature including Little Women, Harry Potter, The Great Gatsby, and most prominently, Jane Eyre.

Through deep reading and reflecting on Zoltan's own life and experiences, Praying with Jane Eyre presents the reader with essays she calls "sermons" that go beyond the text analysis so many of us had to do in high school English classes (so don't be put off just because you don’t want to think about what the green light in The Great Gatsby means anymore).

Zoltan latches onto the small details that many readers let become building blocks of the story rather than entire stories in themselves. For example, focusing on the inclement weather that deters Jane and her cousins from taking their usual walk outside sends Zoltan tumbling into a recollection of four generations of her somber-to-hopeful-to-sad-again family history–from Hungary to Auschwitz to France to Israel to America.

As punishing as I am sure Mama's vertigo was, I wonder if she too was glad of it. I wonder if it was a relief to not be able to get out of bed, to have to stay down. Sometimes there is no better feeling than that of having no choice.

She confesses her guilt at relating her current depression to the darkness of her Holocaust-surviving grandmother's life, but there's a deeper message about the importance of putting energy towards feeling grateful for your health, strength, and opportunities in order to balance the days when you feel unable to move.

Zoltan, a self-described Atheist Chaplain, will garner many disciples of the bibliophile variety with this incredible debut, Praying with Jane Eyre. But the spiritual connections she presents aren't limited to the books she analyzes. She also provides a helpful chapter on how to get started in your own Sacred Readings practice at home. Zoltan may inspire you to start reading your favorite books more closely, or maybe to find or create a community around a text you want to learn from, or even just to pick up a book. You don't have to be a literary critic to enjoy this book. In fact, Praying with Jane Eyre makes literature of any form feel very accessible as well as massively important. Zoltan relates reading to sacredness, a comforting distraction, when used in a certain way, from which we can derive greater meaning in our real lives:

I love the idea of sacredness. I want to be called to bigger things, outside of myself. I don't want my life to be a matter of distractions from death and then death. I want to surprise myself and to honor the ways in which the world surprises me. I want to connect deeply to others, to the earth, and to myself. I want to help heal that which is broken in us.

If Zoltan can make such thoughtful, universal, contemporary, and personal connections with a nineteenth-century gothic Romance novel, I think that there are endless possibilities for what we can learn from the abundance of diverse authors and stories that exist today. 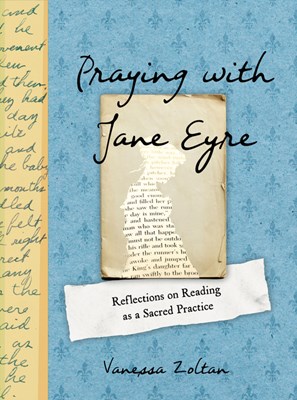